July 08, 2012
On the 7th of July the first Pohnpei Cup races were begun with preliminary heats. Sunny skies and light breezes provided ideal weather for the first day. 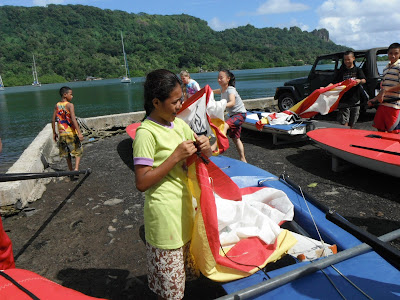 Boats were set-up at 10:00 prior to the opening ceremony. 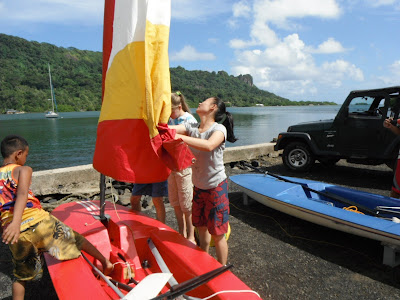 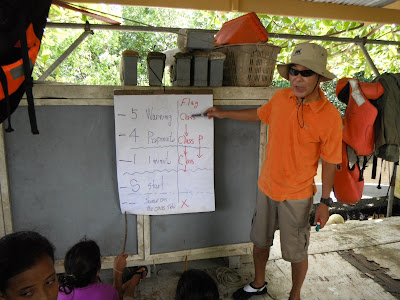 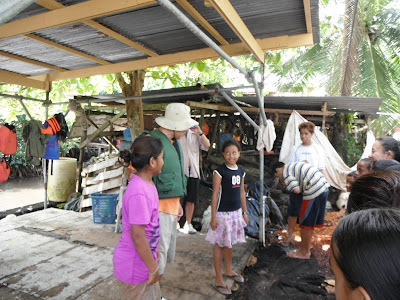 All skippers took an oath of good sportsmanship and to abide by the rules of the regatta. 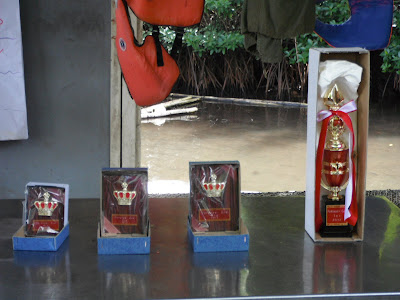 The trophies to be won were on display. 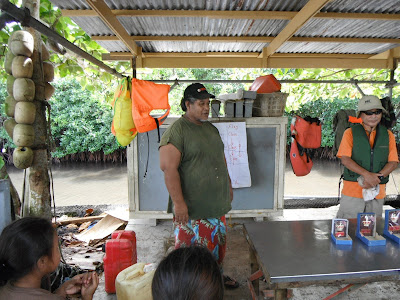 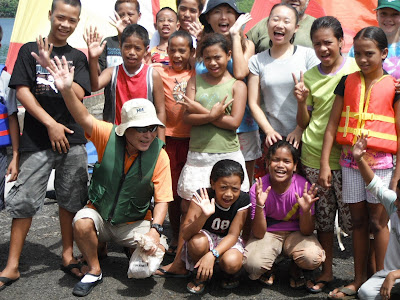 Race director Kazuo Isikawa posed with the skippers for a photo opportunity. 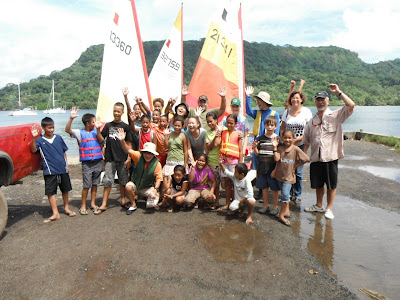 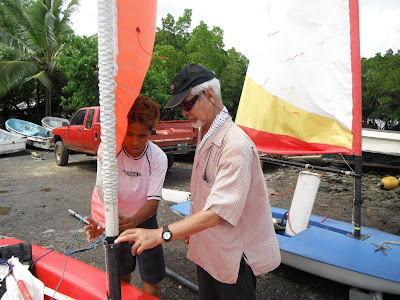 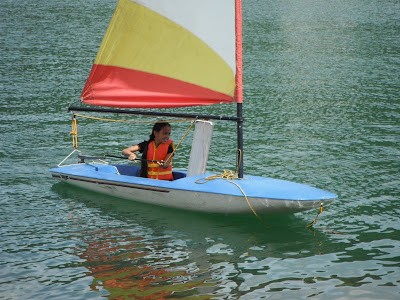 A skipper heads out for the first heat of the day. The water is still shallow, hence her dagger board is still up. 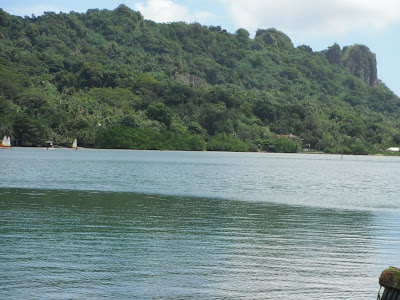 The races were conducted with Sokeh's ridge and Peipalap as a background. 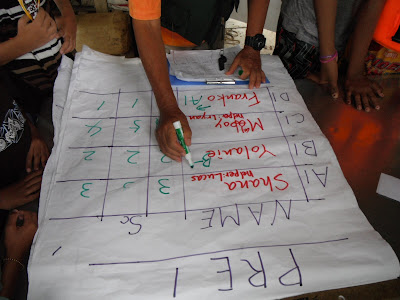 At the end of the day the race director tallied results and planned for the second set of heats in two weeks time. The intervening week will be used as a practice session.