June 15, 2012
After a morning session covering Newton's three laws of momentum and force, in the afternoon I replaced the Hooke's law laboratory with a pulley laboratory. 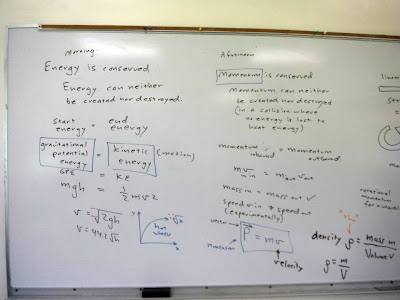 I began with a review of energy and momentum. 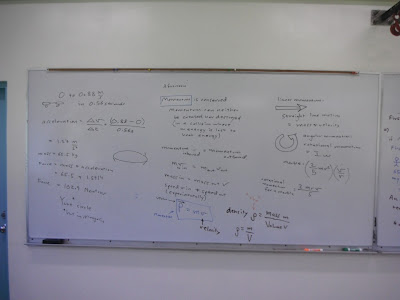 I did note the complication that the marbles possess rotational momentum as well as the momentum of linear motion. 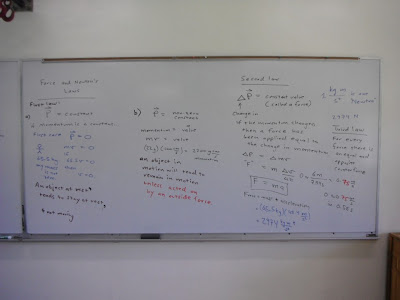 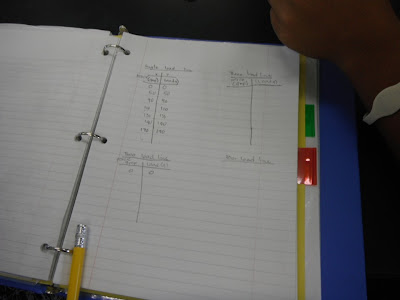 An image of a student notebook with data. The set-up took a solid 45 minutes, almost an hour. The mason's line I opted to use in class was slick and harder to work with than the string I had used the night before. String is probably preferable. 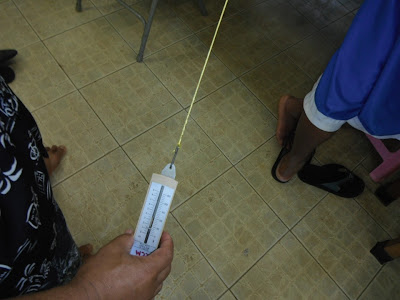 There are a limited number of the 250 gram spring scales, and all are over twenty years old. If this laboratory were to be a main stay, then more spring scales would be useful. One could use masses for the force, but then the difference between the load and the force pulling the load up would become both conceptually and visually confusing. 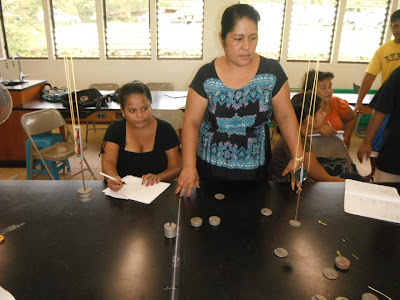 Melyda and Judy look towards the three line pulley rig. Each group did one and only one pulley, measuring force versus load for different loads. I opted to put force on the x-axis even though in this laboratory force is the dependent variable. Putting the force on the x-axis produces the mechanical advantage as the slope of the best fit line. 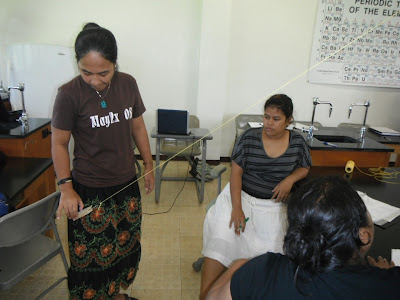 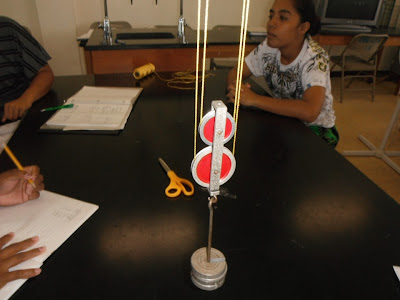 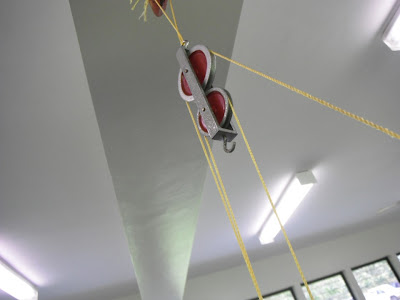 Three lines down to the load. 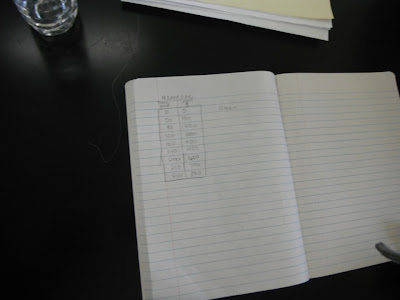 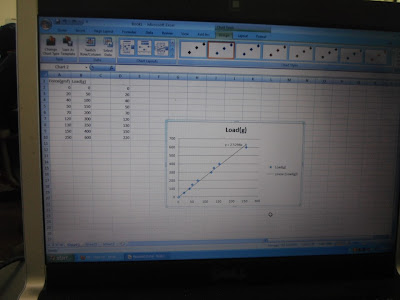 One group has a lap top and can enter and graph data directly. The other groups used graph paper to determine the slope of their line - the slope being the measured mechanical advantage. 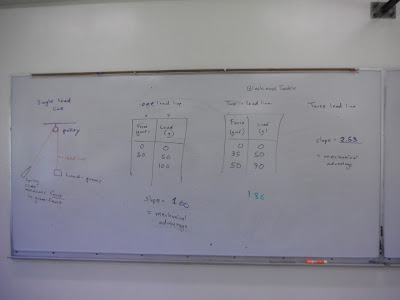 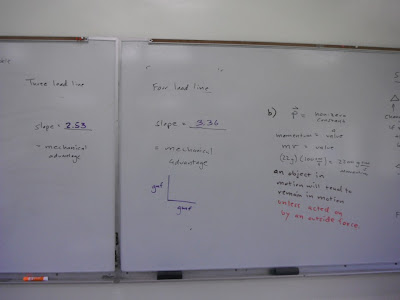 Four lines generated a mechanical advantage of 3.36. With the data on the board, the class walked down to the main parking lot to observe a crane lifting steel I-beams for the solar panel array. 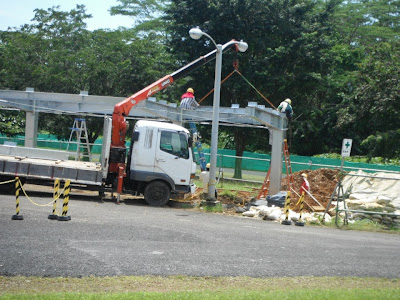 The crane motor, the force generator, is mounted on the vertical pivot post for the crane. Cable is kept on a spool. At the end of the crane arm is a four pulley, four line block and tackle. 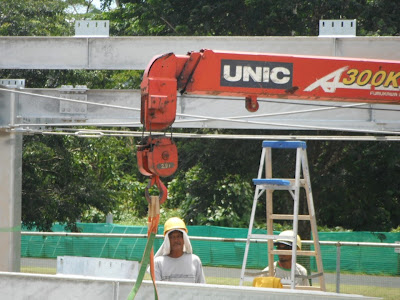 The presence of the crane was simply serendipitous. This brought home the actual use of the toy pulleys in the laboratory.

The set-up is a tad long, but the results were solid. And the pulleys are fun to play with. A number of students were surprised at the length of line that could be "pulled" from the three and four line block and tackle rigs. I was able to use this to help explain why the load felt so "light" on those rigs.
physci