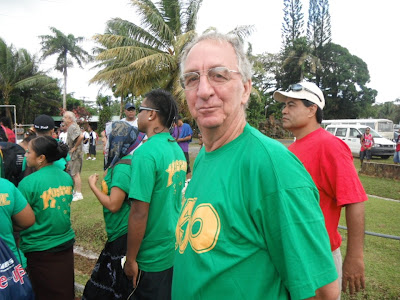 Pohnpei Kolonia site also communicates well and brought a strong sense of team spirit to the day. Their faculty and staff came color coordinated with their team. 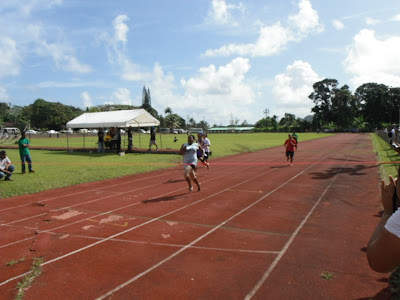 Cindy Hairens takes first place in a morning heat. And heat is the correct word. The photograph captures the gorgeous tropical blue skies, the camera cannot capture the scorching, searing heat of the April second tropical sun. The sun crossed the equator heading north on the 21st of March. By the second of April the 12:30 sun was 88° overhead - essentially straight up. 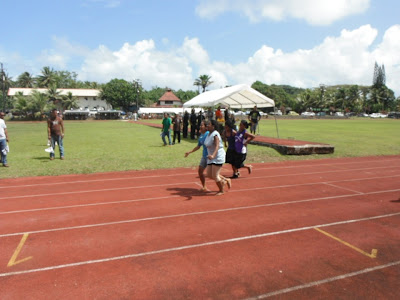 Three legged races, barefoot, on a blistering track. Keeps one moving if nothing else. 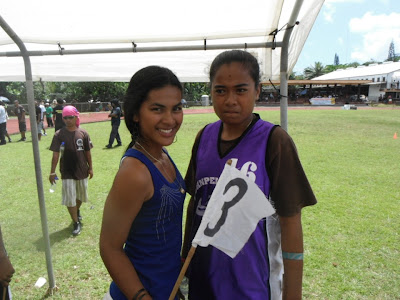 The blue team's princess, Roxann Moya, was also a podium finisher in the races. 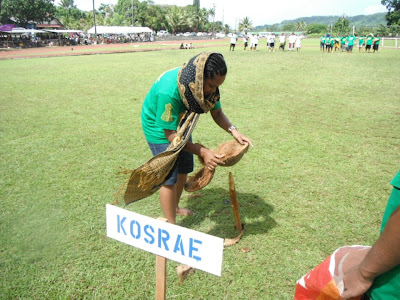 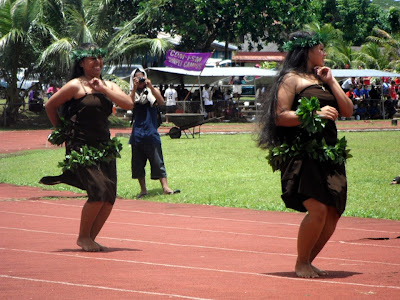 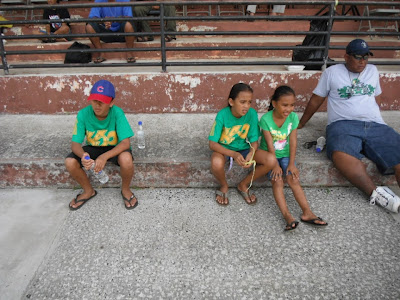 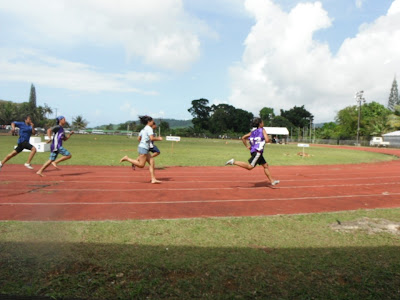 The afternoon finals belonged almost solely to the blue and purple teams. A sprinkling of local Pohnpei track club athletes on these teams gave them an edge in the foot races. 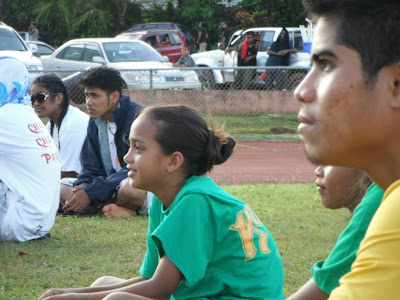