January 26, 2012
This term laboratory one was not returned until Wednesday, which increased the time on Monday to obtain acceleration of a RipStik. I changed the procedure this term, using a tape measure to measure off  800 centimeters. Initially I tried distances that increased, but this did not work out well. I then used 200 centimeter segments marked with chalk. A student timed my crossings of the 200 centimeters marks. This worked out rather well and generated a nice curve with an increasing velocity. 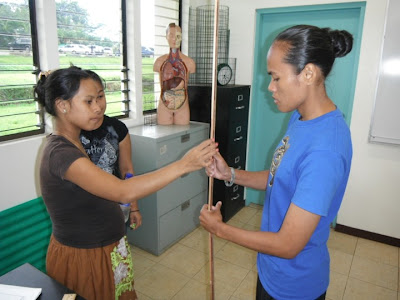 Wednesday I handed back laboratories and covered them in some detail for the first 30 minutes of class. I realized that I need to spend more time clarifying what I want in the laboratories, and I did so this term. 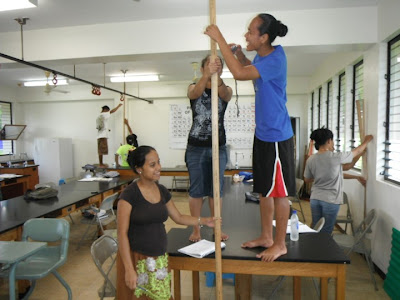 I then worked the homework - the velocity between 200 cm and 400 cm, and 400 cm to 600 cm from the Monday RipStik acceleration exercise. This left too little time to have the students trace ball arcs on the board, so I ran that as a demonstration on Wednesday. No spreadsheet graphing of the function this term - just coverage of the shape and quadratic underpinnings. Essentially a lighter approach. 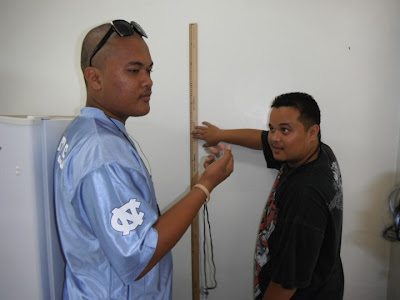 Lab 032 then built on Monday and Wednesday, chasing the idea that a ball is at rest before it is dropped, and once dropped the ball has a non-zero speed. Therefore, acceleration happened. And that acceleration is the acceleration of gravity. 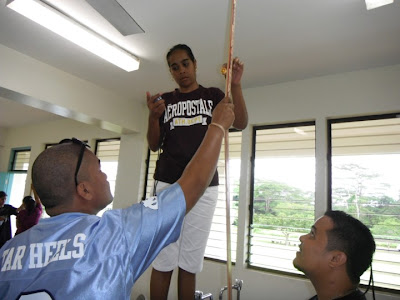 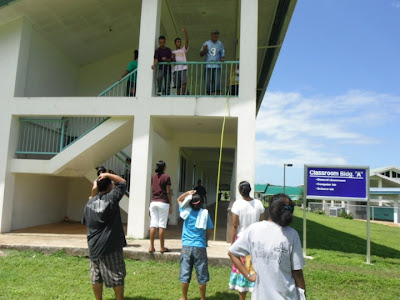