December 10, 2011
On Saturday 10 December 2011 the Pohnpei Women's Advisory Council , the US Embassy, the Australian embassy, and sponsored a "Healthy LifeStyle Fun Walk/Run" with a 7:00 A.M. start from Spanish Wall. The route was out to the airport and back to Spanish wall. 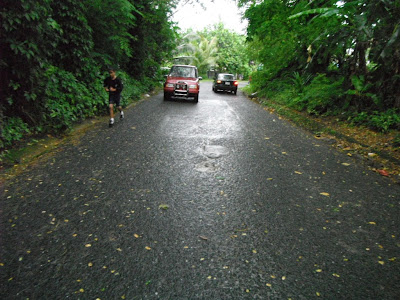 My son headed up the hill to Spanish wall from the causeway. 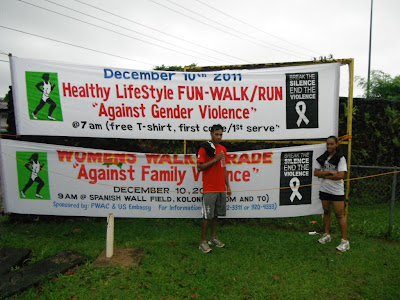 The event was a double header with the run followed by a march to capitol hill at 9:00 A.M. As noted by the Australian embassy (http://www.fsm.embassy.gov.au/phpi/home.html accessed on 12 December), "the 16 Days of Activism Against Gender Violence is a global campaign to raise awareness about violence against women and its impact on a woman's physical, psychological, social and spiritual well-being."

"The 16 Days of Activism began on 25 November on International Day for the Elimination of violence Against Women (White Ribbon Day) and ended on December 10th, the International Human Rights Day.  These two dates highlight that violence against women is a human rights abuse." 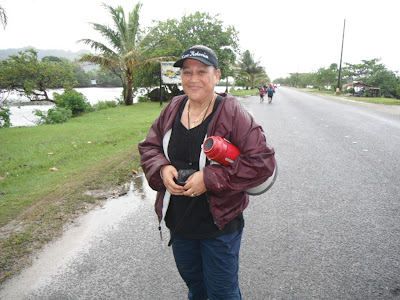 The two Saturday events mark the end of 16 days of white ribbon activities focused on ending gender violence, with the themes "Against Family Violence", "Against Gender Violence", and "Break the silence, end the violence." Activities were coordinated under the aegis of the Pohnpei Women's Advisory Council. 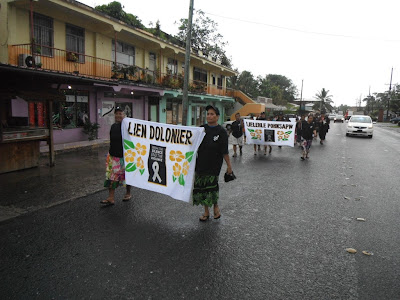 Participating and sponsoring agencies included the U.S. embassy in Kolonia, the Australian embassy, the Pohnpei Office of Social Affairs, and Pacific Prevention of Domestic Violence Programme. Affiliations include the White Ribbon Campaign. 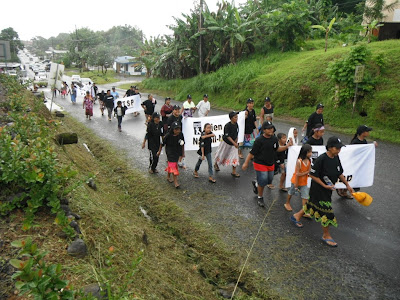 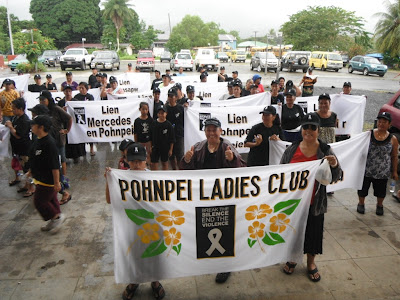