December 25, 2011
Being as Christmas fell on a Sunday, the Kolonia Kosrae Congregational Church marched on Christmas eve Saturday. 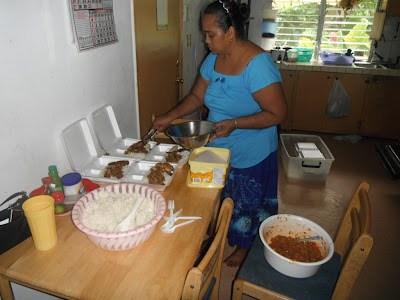 The day starts with food preparation at the house. Marching is not until the afternoon. 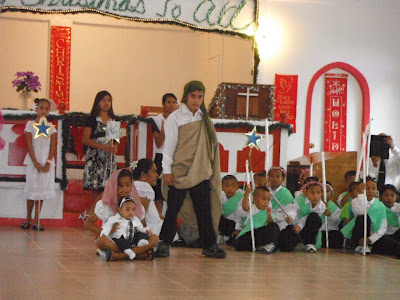 Joseph and Mary star in the Sunday School skit. Baby Jesus is no plastic doll either, a real live baby starred in the lead role. 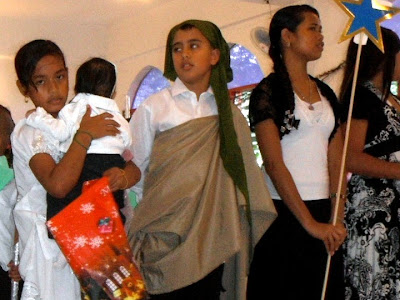 Mary was very skilled - singing and marching while carrying a bag of candy and the baby Jesus. Joseph is very fortunate to have such a skilled wife. First she removed her angelic hair band, then she proceeded to rip off those wings. She was clearly fed up with being type cast once again as the angel. 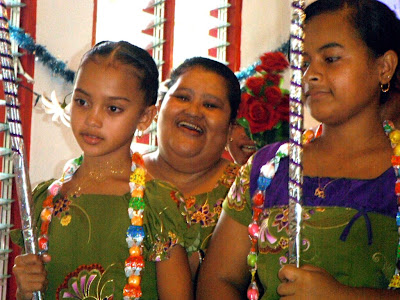 A family star bearer on the left. 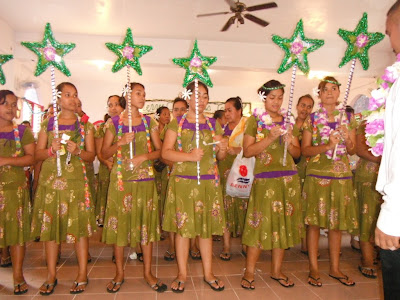 The front line of Yonkumi choir. 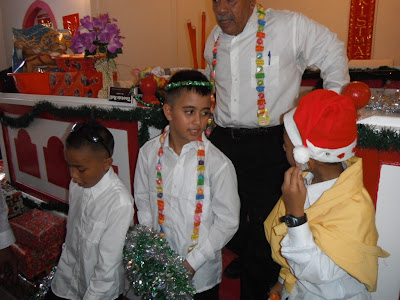 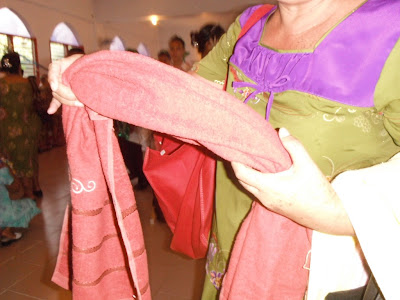 This was the last shot I got off before being strangled by that same towed. 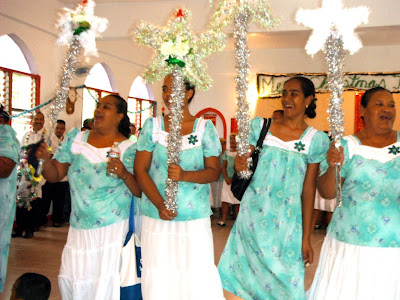 Three sisters and a distant cousin as star bearers on the front line of Ichikumi. Shrue, Elterina, and Hanna take a turn on the front row. 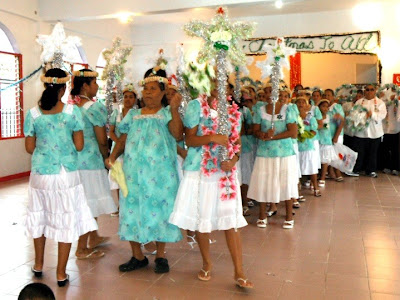 Inac Sra Ioanis is the dot in the letter "i" for isuslac en Bethlehem. 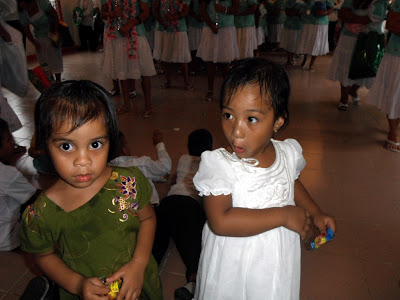 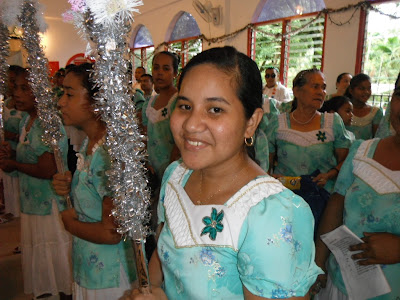 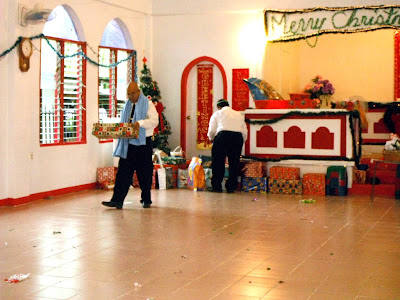 Christmas gift distribution at the church - a Kosrae church tradition casting the Deacons in the role of Santa Claus. 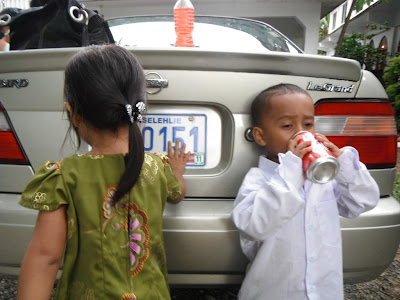 His mother forbade the consumption of soda, so he hid behind a car with a purloined can of fizzy pop and attempted to down it all before getting caught. His girlfriend did not want to be photographed... 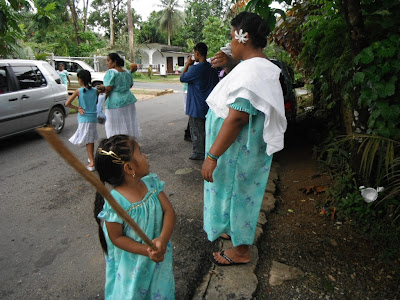 All hopped up on sugar, this sugaroid-raging young lady takes her first and last swing at mom. 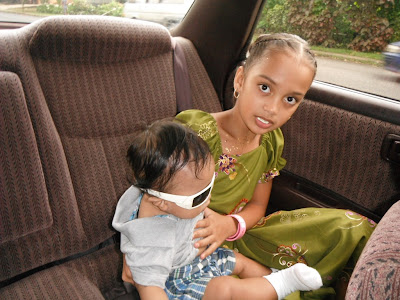 An Ichikumi star gets to take Jesus home.
Kosrae leeling