November 22, 2011
The SC/SS 115 Ethnobotany class went on a search and destroy mission seeking out the dark curse, Clidemia hirta, deep in the forest across the road. 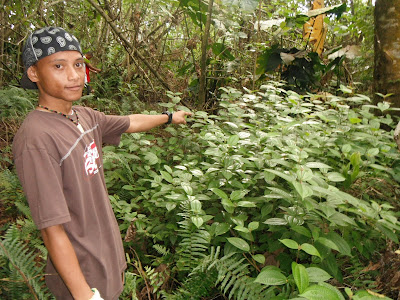 Anthony points out a spreading patch of evil. 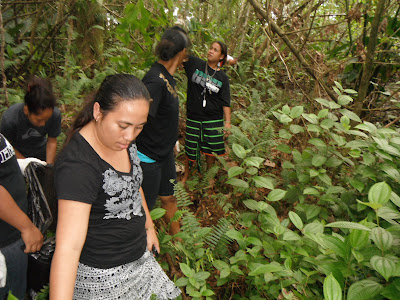 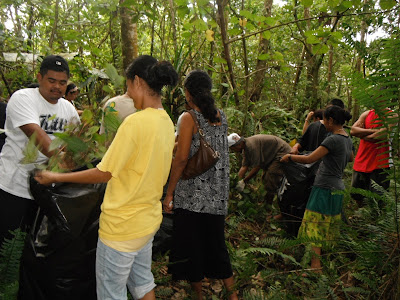 Barnson addes to a garbage bag held by LillyAnn. 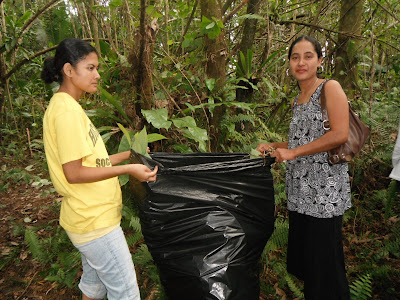 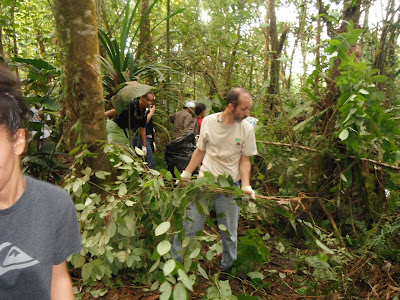 When the class first sees a few small baby plants, they are initially convinced that their instructor has exaggerated the threat. When they encounter their first serious patch they suddenly comprehend the true threat that Clidemia presents. 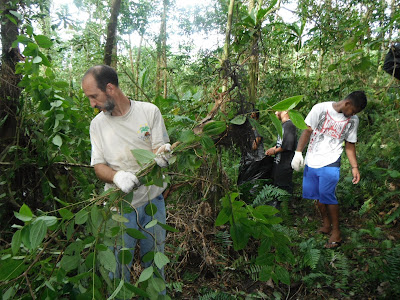 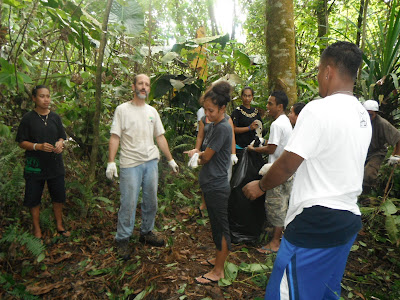 Dana wraps up with a in-forest lecture.

Images of the ceremony were for the most part blurry. 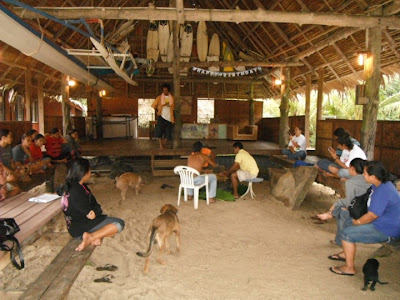 In a change from previous terms, for reasons unknown to me, few students remained after five. In addition, other commitments kept anyone else from the ceremony support team from remaining. A couple students and two support staff along with myself remained to wrap up the sakau. I had to leave even before the sun was set due to the strength of the sakau. 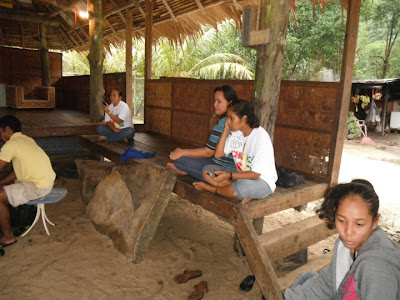 While sakau at Nihco was interesting, there was the additional cost of the nahs, $50, and the cost of the students' entry fee, another $30, plus the $75 for the sakau. That and while the hut is a nahs, there is something different about being at Nihco as opposed to being at someone's home nahs in a village.

In part because we were not at anyone's home, we lacked those with titles who could properly explain the ceremony, and it fell to me to handle the explanations - something I am reticent to do as there are cultural issues with having a foreigner explain a traditional ceremony. Thus I am disinclined to revisit this particular location.