July 31, 2011
Dressed and ready for church on the Sunday eve before term start. 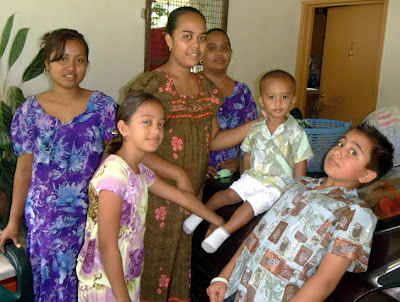 Angela has come up from Kosrae to attend college. 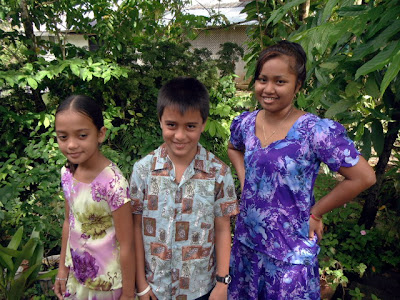 Friday evening past my son and I went out of an evening run about town. This was a second run. An earlier run two and half weeks prior had seen his then new shoes from a local store disintegrate in a short four kilometer run. Knock-offs from Asia are not real shoes. This time he went out in serious ASICS shoes from Road Runner Sports.

In town we stopped to pick up a bottle of water. In front of us two young boys put down a C note and bought a six pack of beer, a pack of cigarettes, and two aging take-out cheeseburgers. I asked my son what disease would get them first in twenty years - alcoholism, lung cancer, or diabetes. The health problems of Micronesia are not the health problems of Africa. Almost all diseases here are self-inflicted. 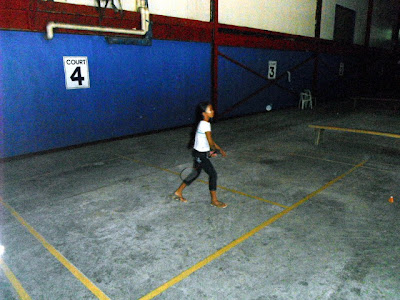 While I did get in some badminton during the week, a dog bite the prior Saturday left me in poor condition for running during the brief one week summer break. 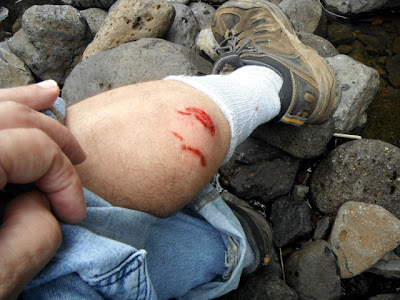 A week later the wound is still in the process of healing. Being down from running left too much time for sakau. 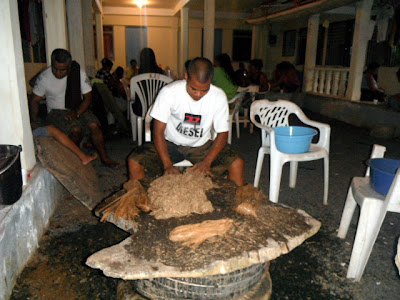