July 10, 2011
In a farewell performance on their summer tour 2011, the Pacific Partnership band out of Honolulu played a last full member gig at Spanish wall ball park on Sunday evening. 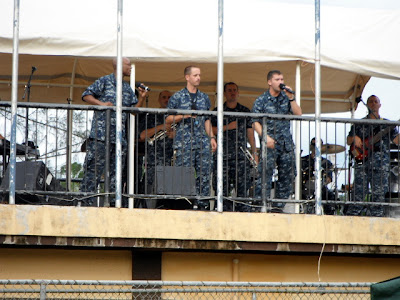 A rainy morning and afternoon gave way to cloudy but rain free skies. 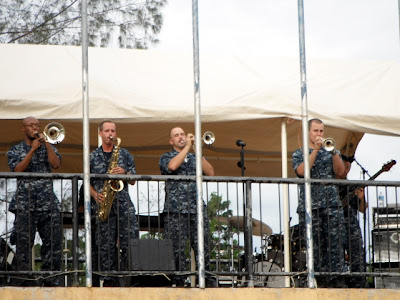 The band played a variety of songs that ranged back into the 80s and up to the last decade. The songs were what I think of as party songs - danceable, popular, with a beat. 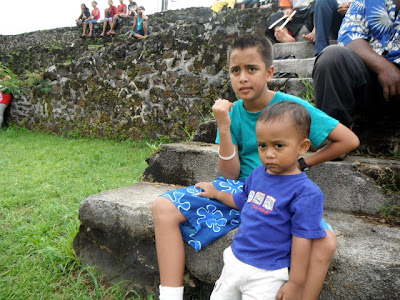 The boys joined me while the girls did evening service at the Kosrae church. I made a short video of their rendition of Black Eyed Peas Let's Get it Started, and when I got home the video really connected with the youngest. He lit up when he again saw the band playing, much more so than he had done at the field. The wall behind the boys is the over one hundred year old Spanish wall that encircled the settlement of Santiago de la Ascension during the time of Spanish rule in then Ponape. 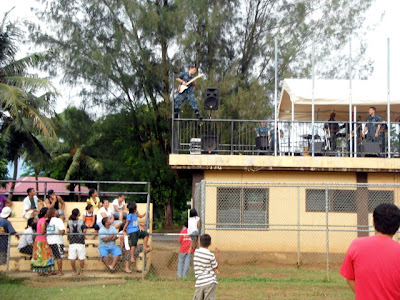 The lead guitarist made the best of an awkward layout for a band that probably usually plays much closer to their audience. 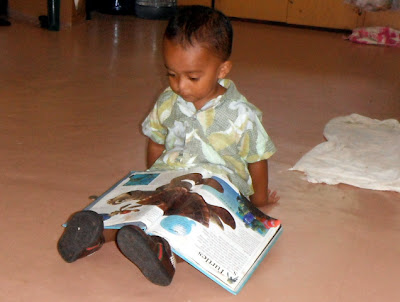 Earlier in the day the youngest one was again reading his favorite book - Nemo. For him there have been only two films of merit. Nemo and Gnomeo.
leeling Pohnpei