May 16, 2011
Somewhere around service pack three the Nobilis computer moved into the hard drive thrash and churn stage of life. Half a gig of RAM was no longer sufficient for a service pack patched and bloated Windows XP computer. Not to mention the heat issues associated with a unit running in a non-air conditioned condensing humidity tropical climate. 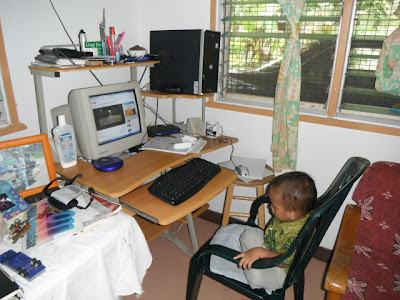 A two gig kit brought the RAM up to where mission critical applications such as Don't Cry Joni play smoothly. System temperatures are back down and hard drive paging thrash is all but gone. For this little guy, there was always YouTube. 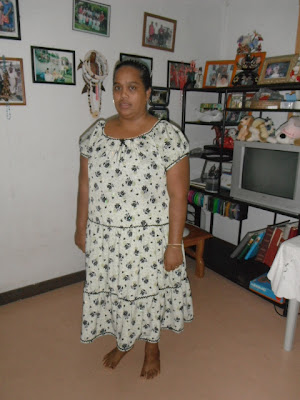 For mother's day Shrue crafted a traditionally cut and trimmed Kosraean muumuu from a pattern typical of a bygone era. The look is distinctly grandmotherly in a Kosraean way, which is also a stage in life. A couple of my ethnobotany students explored the differences in Kosraean church dress styles as a reflection of different ages and stages in life. 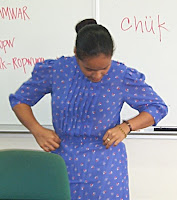 Sepe wore a blue dress that is stylistically from roughly three to four decades ago and is, simultaneously, might currently be worn by a septuagenarian. Robina wears a dress of contemporary cut and style for a young woman circa 2005. 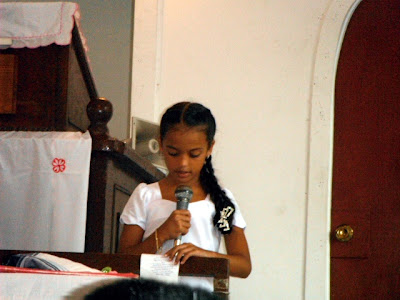 My youngest begins the stage of giving a short note of thanks to her parents on mother's day in front of the congregation.
Kosrae leeling tech