April 18, 2009
Ran the Women in Sports 5k run this morning, joggling to a 26:43 finishing time. No pictures of the photographer - not until the next generation is faster. 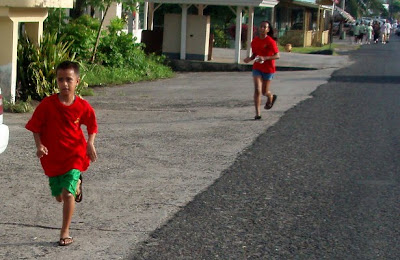 The middle ahead of the elder, they would swap positions by the end of the 5k. 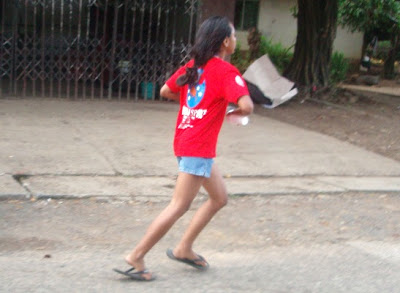 Passing the tire shop along Namiki-Dori 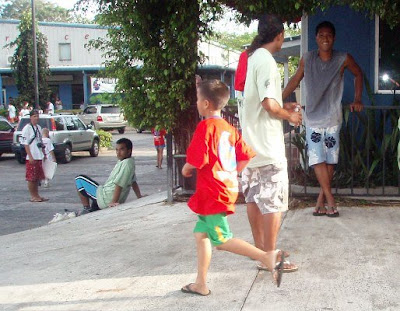 The middle one crossing the finish line. Meanwhile, well back down the route, the youngest and a friend brought up the family tail. The youngest was along principally for the after-run breakfast at the Joy Hotel. 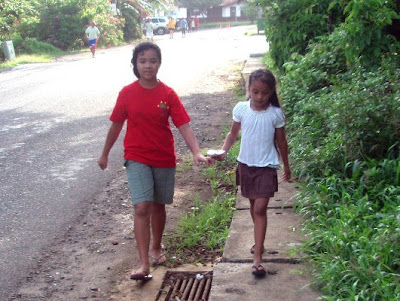 This run featured the first time that I recall an "official" spectator that cheered the runners. The spectator even had a sign she held up. Very inspiring, and a first for this runner.