March 02, 2009
For laboratory seven, the physical science students set off with a surveyor's wheel and global positioning satellite receivers to measure the number of meters per minute along the 6° 54.551 north latitude line. The students walked due west for about 700 meters, covering 0.358 minutes of longitude. Knowing the number of minutes in a degree, and degrees in a circle, the class could calculate the circumference of the earth at 6° 54.551 north. 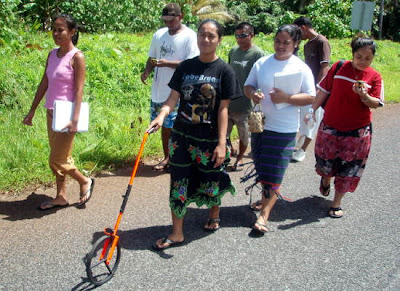 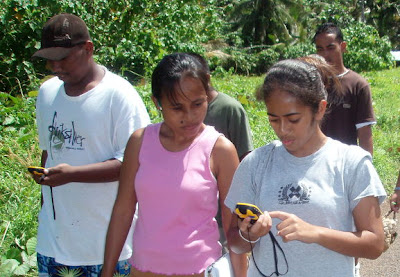 Given that the terrain was fairly flat, and that a small diversion around the corner of the gym may have added a couple meters, the surveyor's wheel should be the most accurate measure used. That suggests that Google Earth might underestimate by a small amount while the GPS units appear to overestimate the linear distance on the ground. 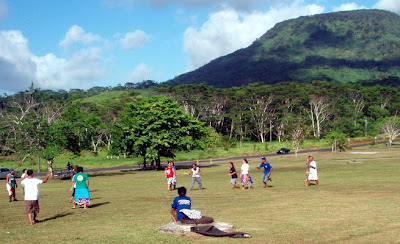 Students play ultimate in their exercise sport science class. For the students here this is an entirely new sport. 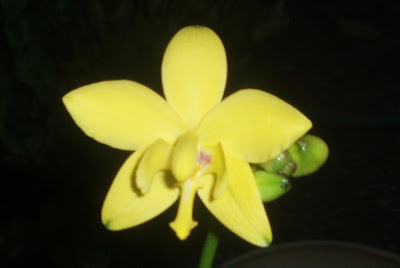