February 05, 2009
The sign generated a healthy debate. The security gate latching mechanism had failed. Technically the office was open. As a practical matter transactions were difficult. At a literal level, the gate was closed. Academics have all the linguistic fun in life. 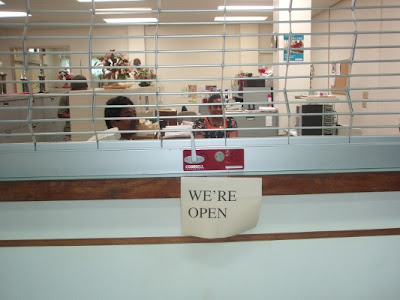 The next morning dawned dark and stormy, windy February tropical rains. In the early hours of the morning the sun shot through a hole over Twemwentwemwensikir ridgeline and fastened a double rainbow onto a shaft of rain falling to the west of campus. 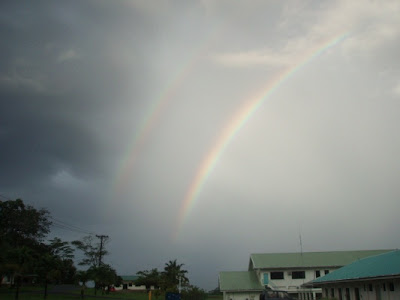 Later the students puzzled over how marbles know how many marbles hit the head of a line. Marbles in equals marbles out. Speed in equal speed out. But how do the marbles know what to do? Consider this from their perspective. At one point one group concluded that marbles can see but not hear. A few students trotted out words that they had heard in science, force being a favorite. None could define quite what a force was and how that ensured marbles in equaled marbles out. 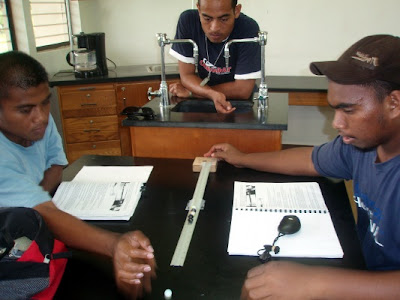 One marble was launched from ramp top, a single one has been kicked out at image bottom. In the simplest systems are the most mysterious science.

Gates that are closed but marked open, double rainbows, and marbles that can apparently count.