January 24, 2009
The physical science students run a basic laboratory in which a ball is rolled. The ramp provides a mechanism for rolling the ball at a repeatable speed. The typical version of this experiment involves timing the ball to fixed distances from the bottom of the ramp. The laboratory leads to a linear regression. 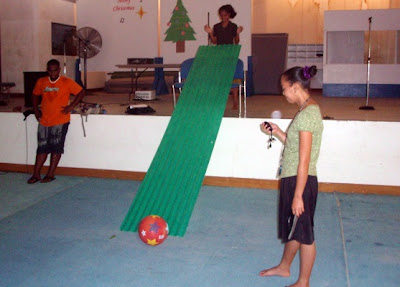 While many instructors simply time to fixed distances and then graph the dependent variable on the x-axis, this does not work well when OpenOffice.org Calc or Microsoft Excel are the graphing tools. These packages cannot support multiple x-axes. Since we also roll the ball from half-way up the ramp, there is a need to have distances for pre-specified times.

This version was conceived by me while sitting on the beach berm in Piyuul, Kosrae, during Christmas break 2007. 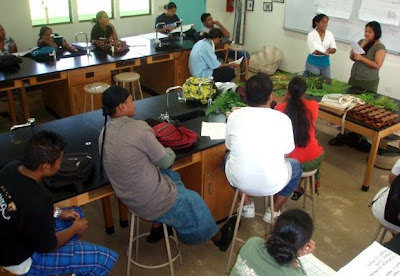 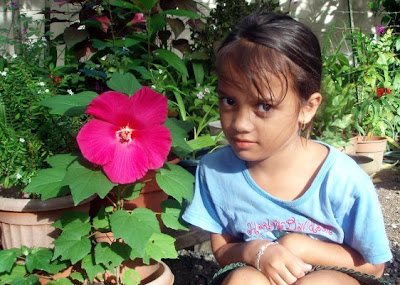 A flower as large as one's head! A new variety of Hibiscus chinensis on the island. The flower is flatter than the typical H. chinensis and provides a nice, clean example of K5C5A8G5.