September 11, 2019
This term I began again with an eastern start to the hike, if anything increasing the time spent on the east end of campus. One tree in particular forms the starting point - a Premna obtusifolia that has sporophytic moss, Lemmaphyllum accedens, Phymatosorus scolopendria, Davillia pectinata, and Davallia solida. 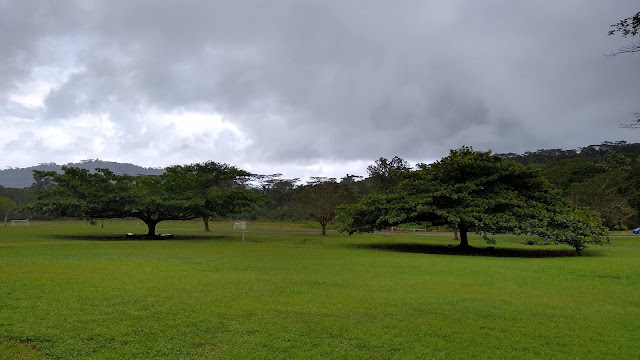 A heavy overcast threatened rain throughout the period, and rain was falling south of campus, but the hike remained rain free. 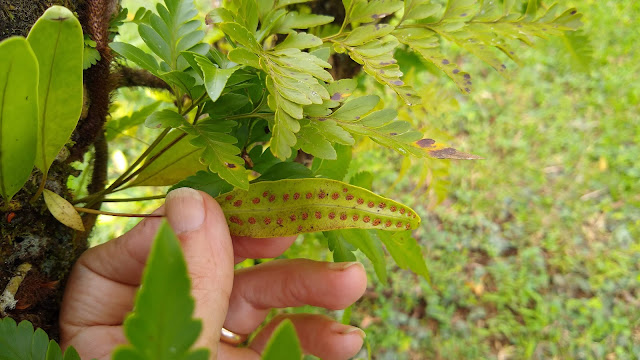 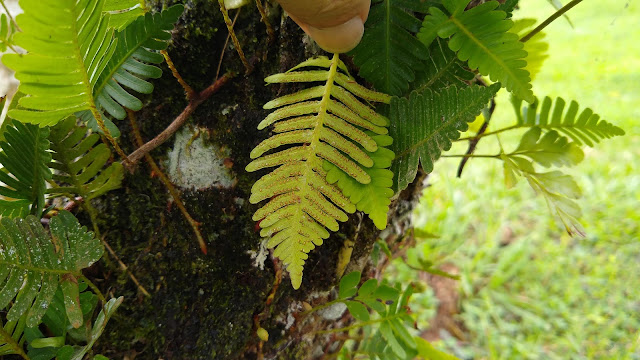 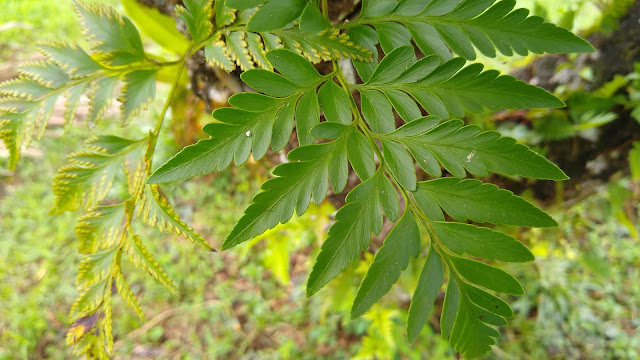 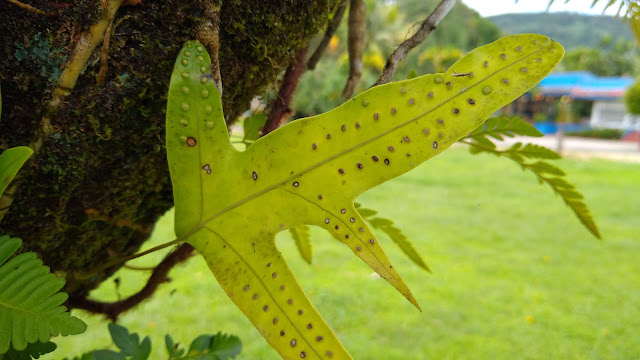 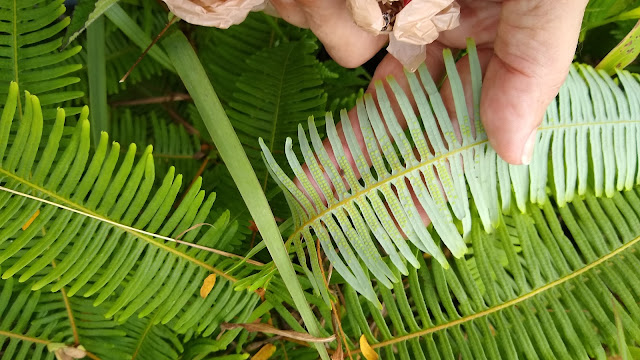 I started with the Dicranopteris linearis and my story of scrambling around a hill in Weno amid D. linearis looking for Lycopodiella cernua. The two maintenance crew members were puzzled by my searching the ground in an unlikely spot for anything interesting. I surprised myself when I actually did find "unen katu" amid the "anecha." 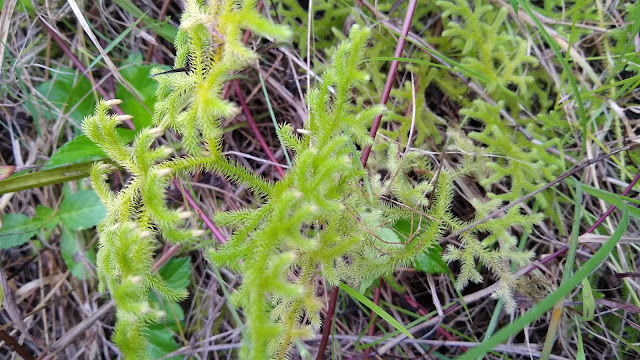 The class had actually passed through a ground stand of L. cernua, including this one with strobili. The I took the class down to the sidewalk by the dining hall and showed them the Nostoc. I dallied long enough to note the resilience of this three billion year survivor. From there I pushed west opting to move directly to the fern forest. I was briefly baffled by the loss of the trail entrance, but once I gained the trail entrance behind the hydroponic unit I found that someone had weed whacked the trail to five feet wide. 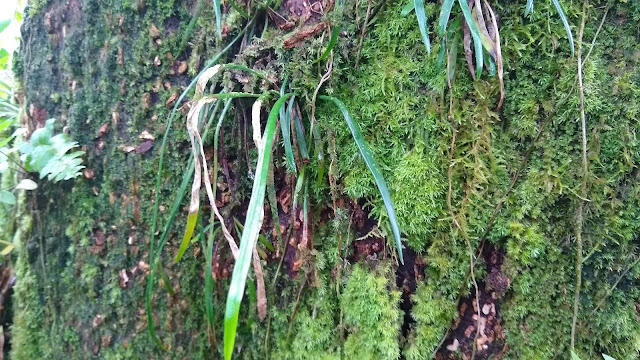 At the usual hilltop spot I covered the usual suspects. Not mentioned below is Cyathea nigricans, which is also present in this area. 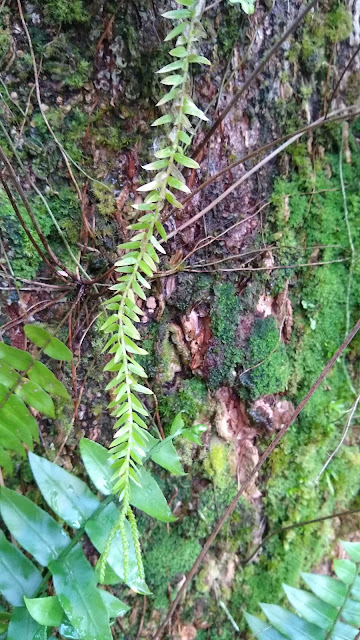 Huperzia phlegmaria and an unidentified Nephrolepis 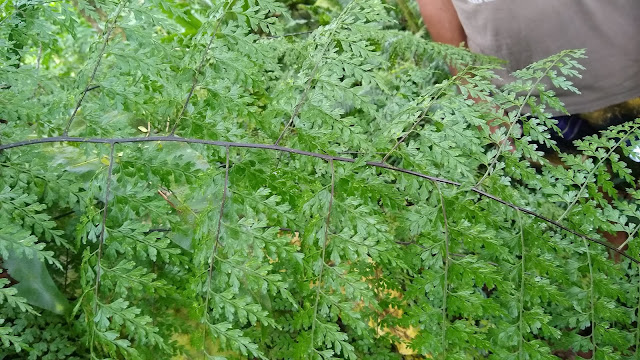 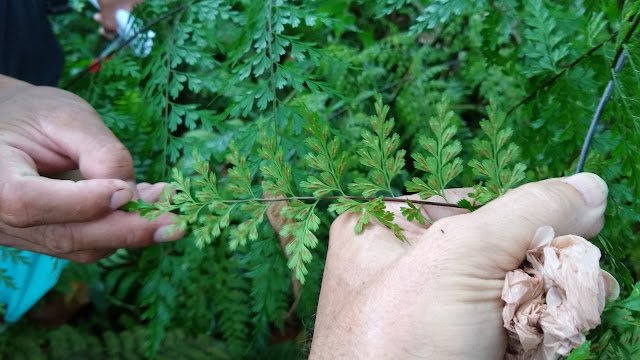 Asplenium laserpitiifolium showing its Asplenium heritage in the linear sori 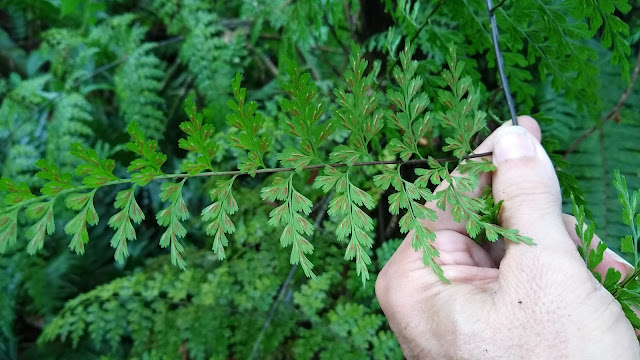 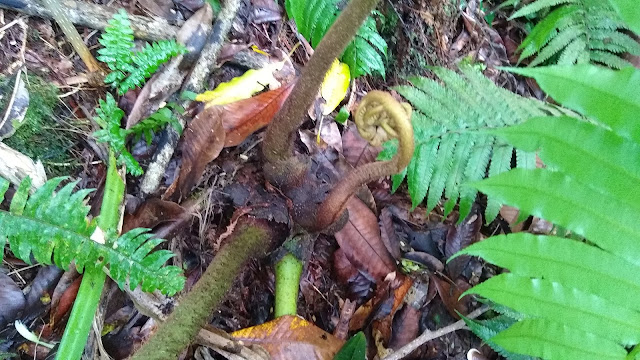 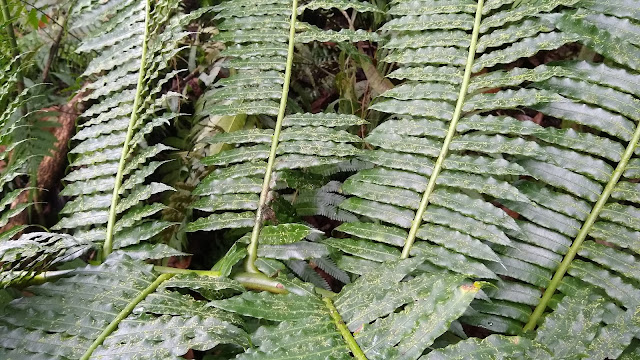 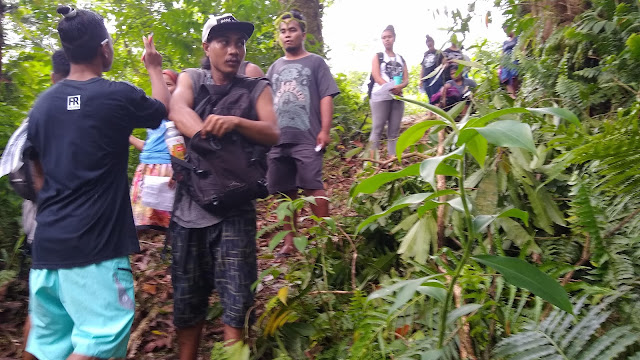 Scattered on the hill 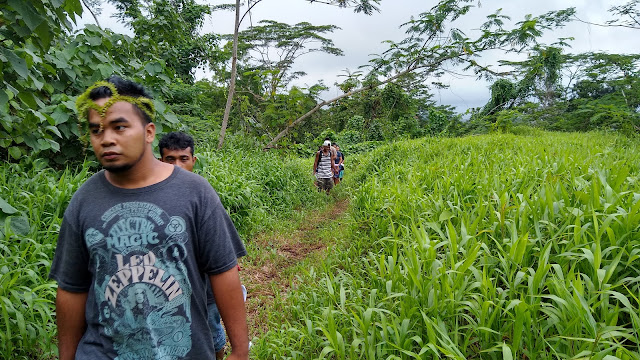 Don on the lead here 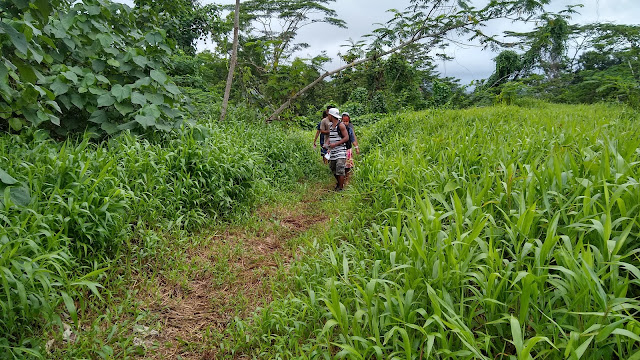 More of the class coming up the very clear trail