May 14, 2019
Rain bands precluded the planned twenty-two plant across campus walk. At 14:20 I made the decision that the 16:20 final would have to be re-routed. I had never attempted a final that remained under the covered walkways, I needed to see what might be possible. That walk generated the specific plant list for the final examination. 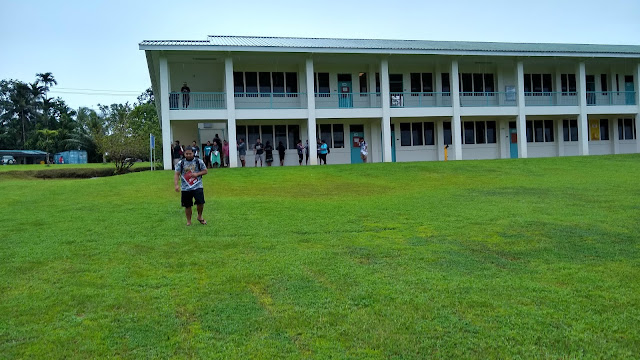 I began with the Premna serratifolia. One student ventured out into the light rain to see the plant from up close. I then continued to the west, following the sequence outlined in my pre-walk. 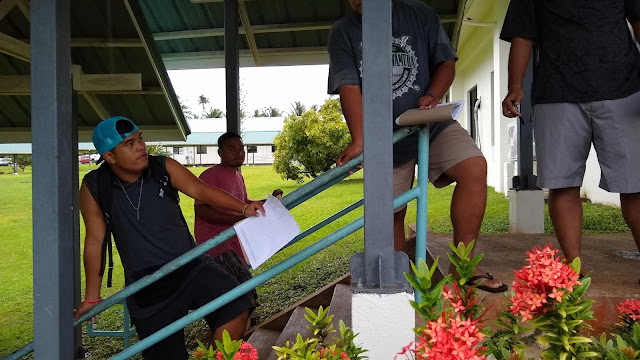 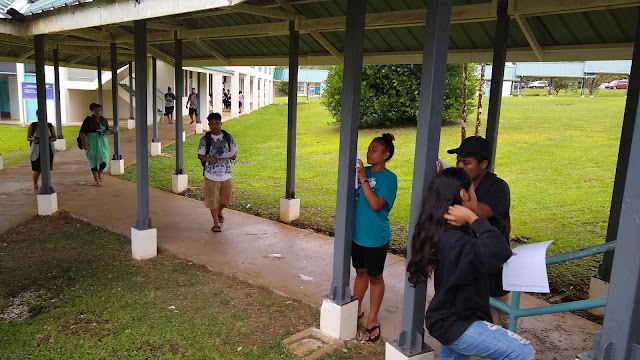 The class was, as usual, scattered along the walkway. Nayme and Joe make identifications. 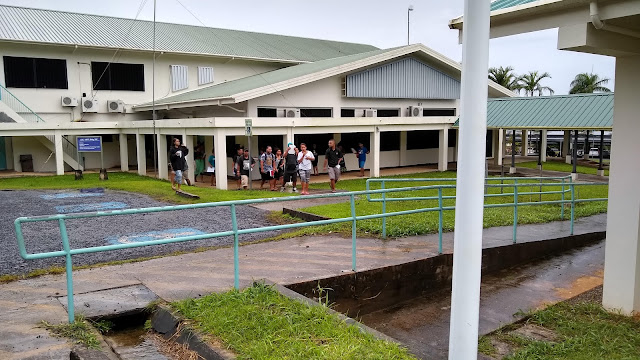 The class moves from Ponapea ledermanniana to the back of the south faculty building. Here I subbed Cocos nucifera along the road in for Nostoc. 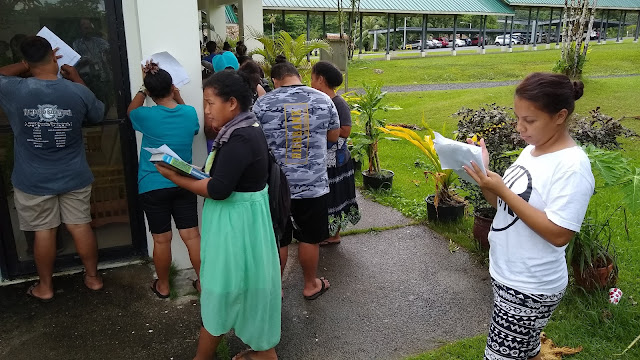 Walk's end at the dining hall 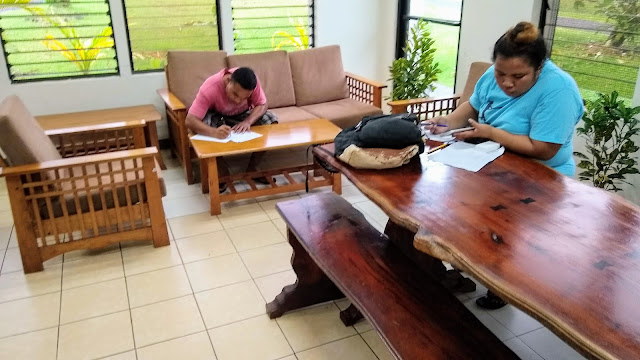 Rewriting this year took place in the dining hall, a nice change up. Annielisa. 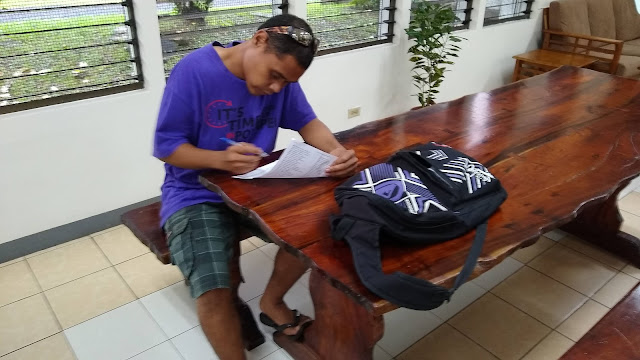 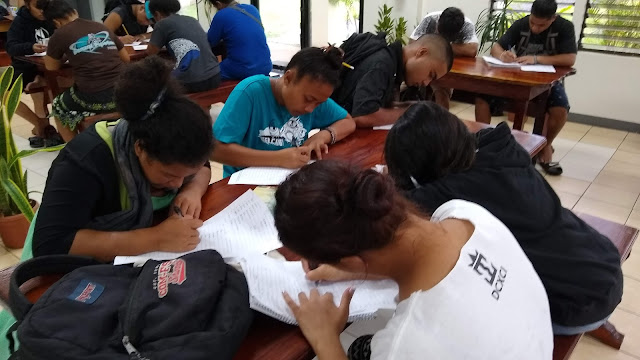 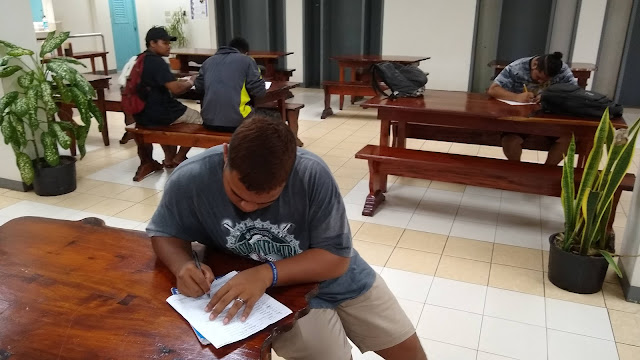 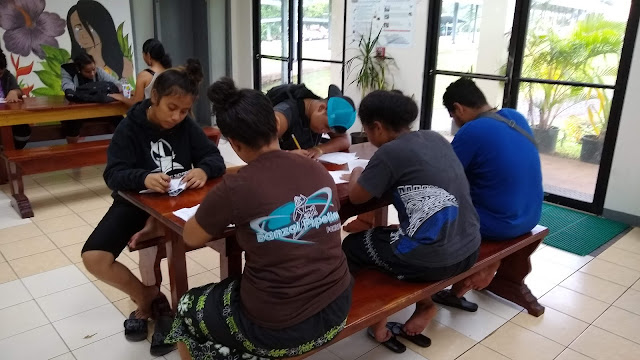 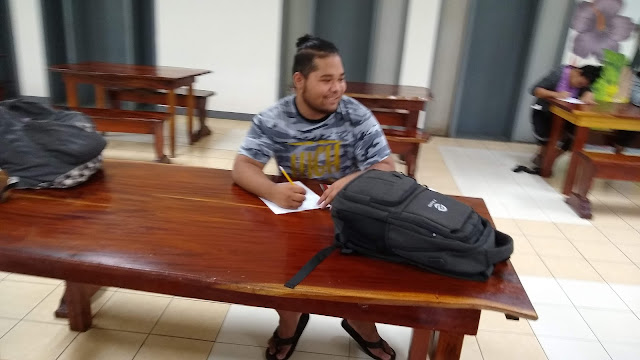