ChromeBase AIO lands at the college

May 14, 2019
In the fall of 2016 I shifted my statistics course from the use of LibreOffice.org's spreadsheet to Google Sheets. Google Sheets had matured as a product and would allow my students to complete their homework on mobile devices and pads. I rewrote my statistics text around Google Sheets. The following fall the failure of a fairly young Windows laptop computer and my use of Google Sheets prompted me to ask the college to experimentally provide me with a ChromeBook as a replacement for the work laptop that had failed. The ChromeBook was the first at the college and certainly the least expensive laptop ever acquired.

Meanwhile, on the home front, the failure of an Ubuntu box led to the acquisition of a ChromeBase unit. The unit at the house saw multiple users over the next two years with no issues, no malware, and no training needed.

In the spring of 2018 the college purchased licensing for Schoology Institutional, which opened up the option of using Google Drive Assignments. All of my courses moved to using Google Docs, Google Sheets, and Google Slides. The students were consistently reacting positively to the Google office suite.

The installation of a Windows 7 on Dell computers in the math and science computer laboratory in the summer of 2018 was followed by a number of both software and hardware issues for Windows 7 and the Dell micro units. Malware was getting past multiple lines of defense and the boxes themselves were not proving to be reliable.

I suggested that a pilot test of ChromeBase All-In-Ones might be worth pursuing. I had space for a couple in the office area where I sit. I suggested putting them there so I could see what would happen when students faced ChromeBases. That area was already a test bed for two System76 Ubuntu rigs which had been there for four successful years.

The two Chromebases arrived less than hour before I was scheduled to give a major test. I looked at the clock and said, "Plenty of time." Had the machines been Windows boxes I would have known that I would have to wait until the weekend when I would have the long blocks of time necessary to get them booted and to run their initial updates. 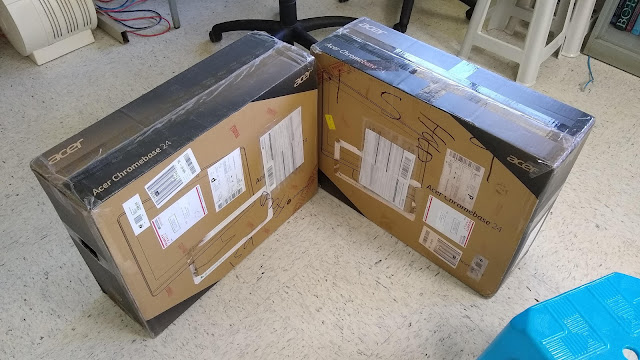 09:18 Both ChromeBases were in their boxes 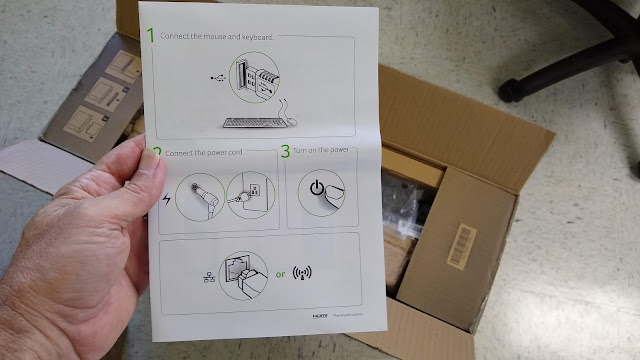 09:28 After making some space to place the machines, I opened the box. The set-up instructions are as long as those for a toaster and shorter than those for a microwave. I tossed the instructions aside.  Unpack. Plug in. 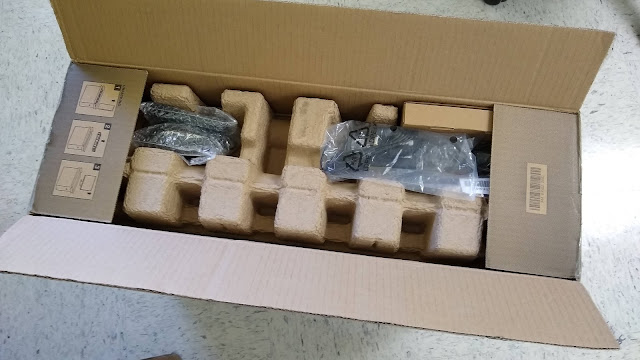 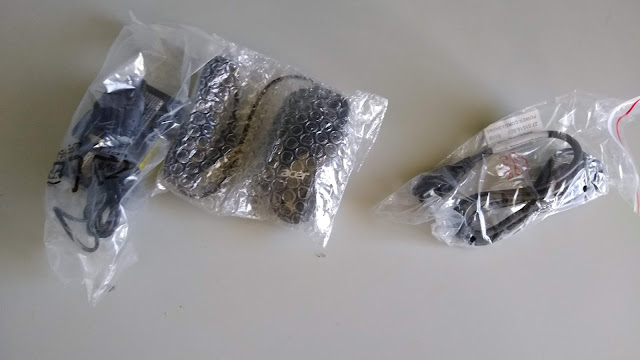 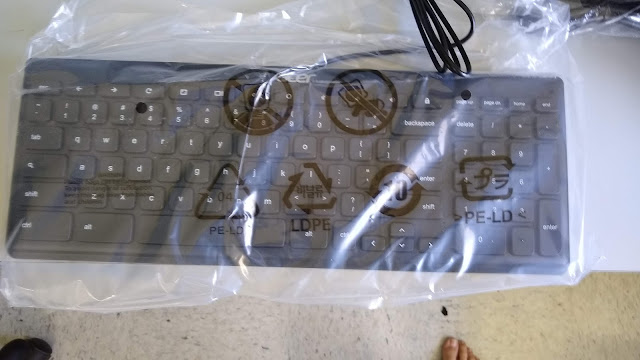 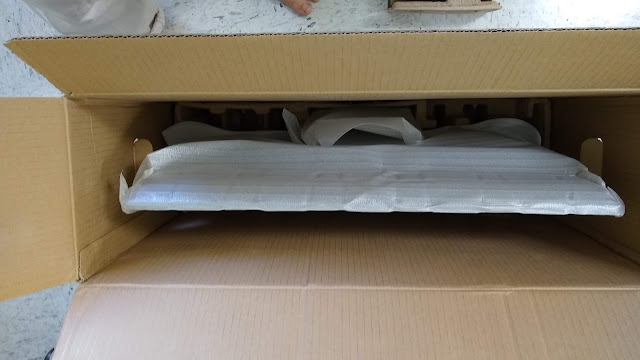 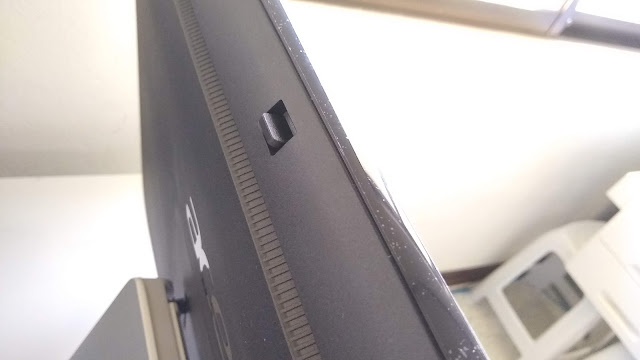 09:34 Five minutes later, all plugged in. The tab swivels the built-in camera up and down.

09:36 Booted. Running an initial one time update. Later updates will occur in the background, but the boot update is a foreground process. 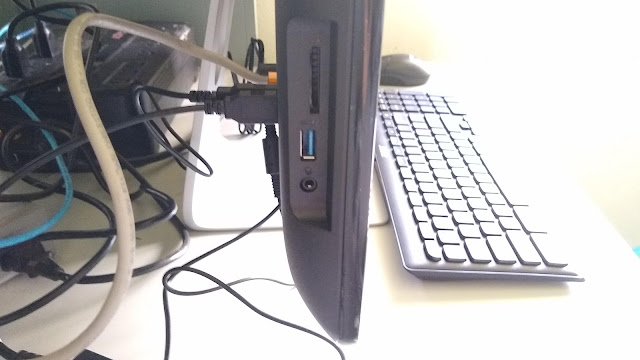 09:41 Side ports include headphone jack, USB, and a memory card slot. 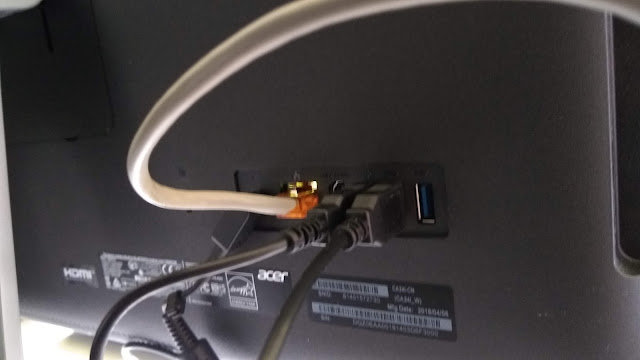 09:41 Back ports include additional USB and an HDMI (not shown). The network interface sports a green LED. 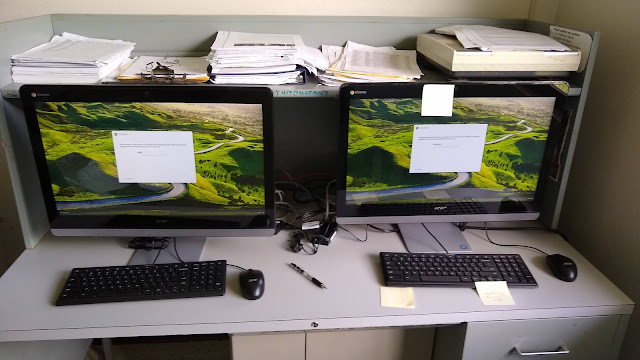 09:48 Two plugged, up and running first run updates. Set-up had averaged ten minutes per computer from boxed to booted. No need for post-boot installation of antivirus or other software. No licenses to activate. I then left to tend to administering a course test. 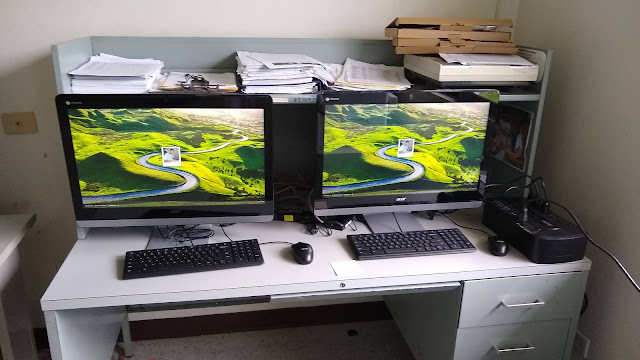 11:32 Upon my return both were up and ready for logging in. The first student to sit down saw the login image and did not know what to do. As the student noted, "I don't know the password." I showed her how to log in. After she left I made and placed a note on the computer screen. 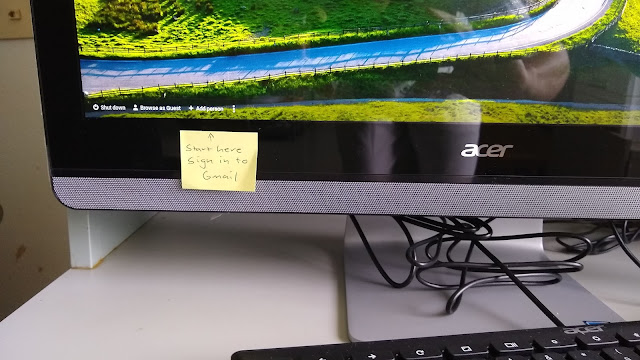 11:54 Later a second student arrived. They completely overlooked the note, stumped as to what to do, until I pointed the note out to them. Then the student logged in successfully. At this point I left to administer another course test. 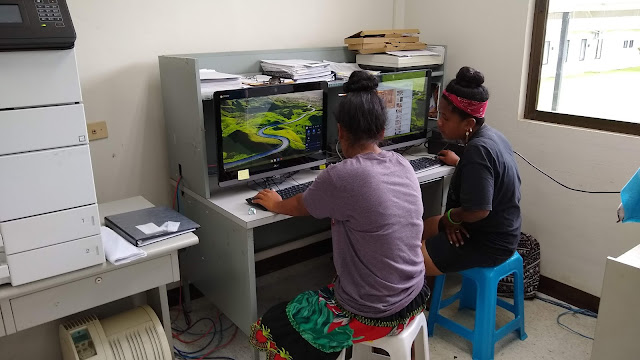 13:00 When I returned Prileen and Epilette were using the computers. I inquired who taught them to log in and learned that no one had. Prileen had seen the note and gotten herself logged in, Epilette learned from Prileen.  I suspect knowledge of how to log into these ChromeOS machines will spread relatively quickly. 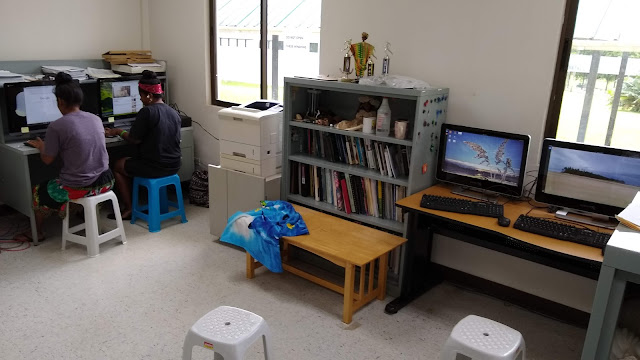 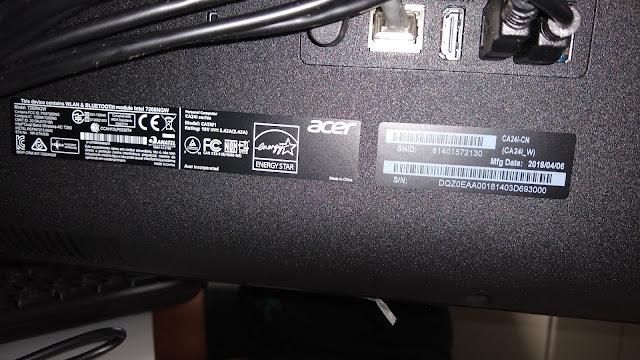 Peak power consumption will be around 64 Watts based on the sticker stats. The specs on the unit is a couple cuts above what I have been using at the house the past couple of years:

The Dell micro units in the student laboratories pull 65 Watts just for the CPU, not including the power pulled by the monitor. A 65 Watt all-in-one pulls on the order of half of the power of the micro unit with a separate monitor.

Over the next few months the two new units should help answer questions as to the durability and capability of the two ChromeBases in a multi-user academic environment.