November 02, 2018
Week ten in physical science focuses on color and the electromagnetic spectrum. The week opens with an Austrian production, The Limits of Light. Wednesday was a holiday, leading to omission of the class day with the CD spectrograph boxes. Thursday opened with a short selection of videos focused on the nature of color and color perception before launching into using HTML to control the RGB colors of light. Friday was used for student's to present their favorite color and what that color means to them.

Week eleven then segues into optics. The Monday opening video remains Bill Nye's Light and Optics video. As with any of the Nye videos, the video bounces back and forth among the concepts in a fashion that is not always coherent. While the Limits of Light has proven a far more coherent and comprehensive approach to color and the spectrum than Nye's Light and Color program, no solid replacement has yet been found for Light and Optics. There are many videos out there, but they are all variations of a lecture-demonstration that can be better done in the classroom with actual equipment. There are options such as Crash Course Physics Geometric Optics, but at nine minutes the video would have to be supplemented. CalTech's 1985 series The Mechanical Universe has an optics segment, but the segment already has a dated feel and is still lecture centered. 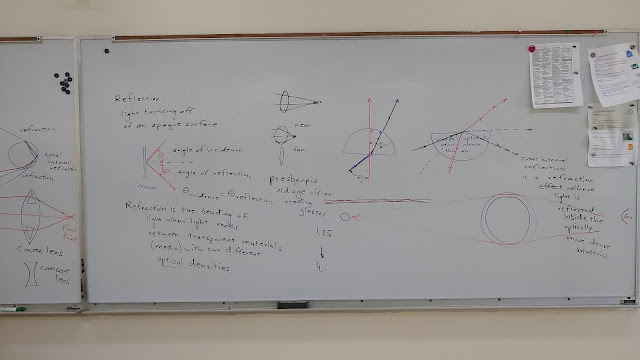 On Wednesday I moved the mirror table to the front of the room and ran a series of demonstrations using a laser, a mirror, and a water filled half-cylinder to demonstrate the various effects of reflection and refraction. Being physical science, not physics, I did not go as far as Snell's law. 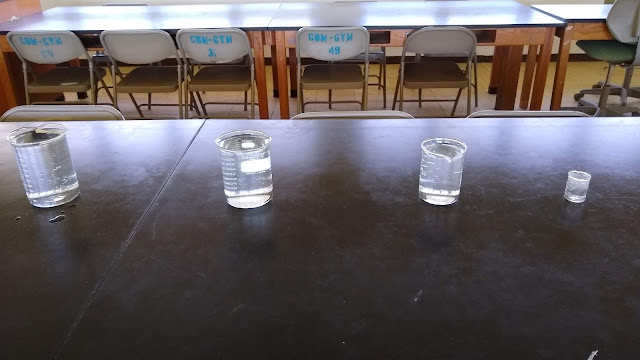 This term I slightly altered the apparent depth portion of the laboratory. I filled each container to the brim to both increase the water depth and decrease the risk of incorrectly measuring from the top of the container. 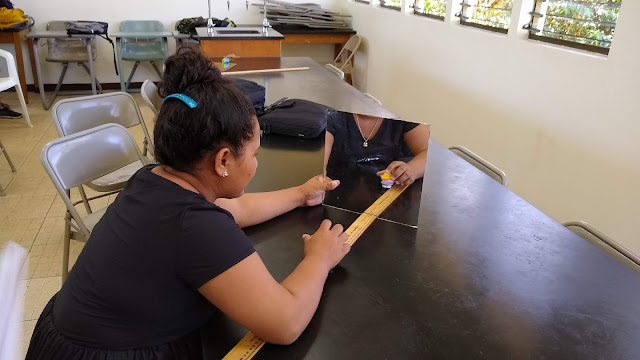 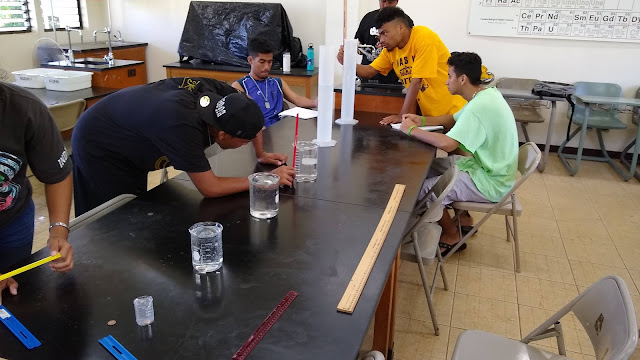 Note that one graduated cylinder was not filled to the top to provide an intermediate depth. 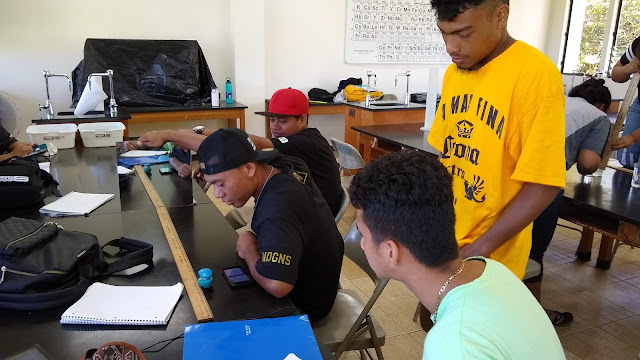 Salvin works on reflection as Michsane, Skyler, and Franky look on 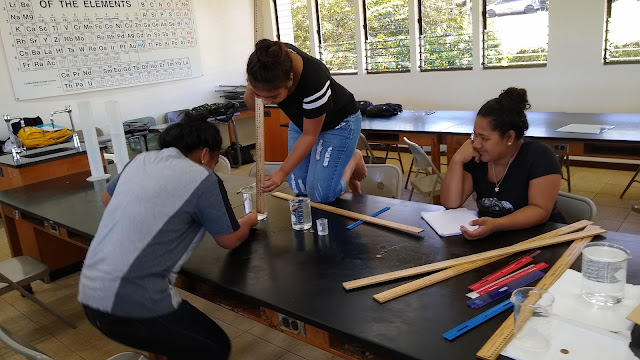 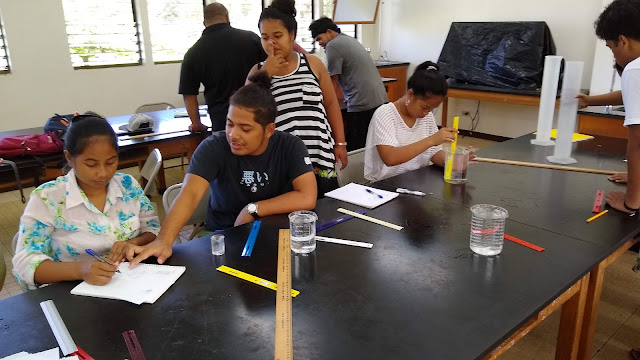 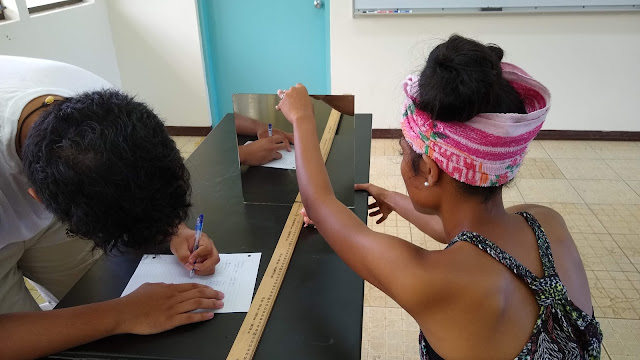 LcRose works on the relationship between object and image distance 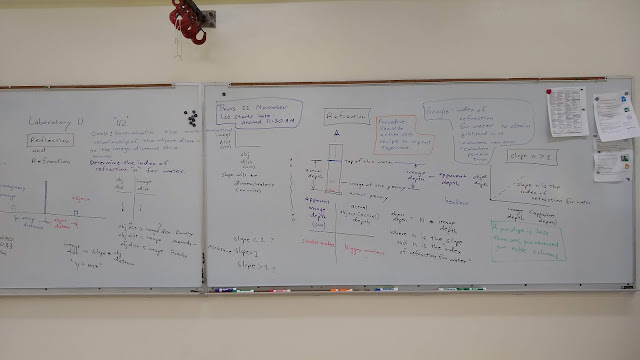