September 26, 2018
Healing plants presentations in ethnobotany continue to evidence the deterioration in general knowledge coupled with what appears to be an overall lack of preparation. The banning of the presentation of Psidium guajava is likely necessary. Four students fell back on this plant, all with the same remedy. The tree grows outside the classroom. 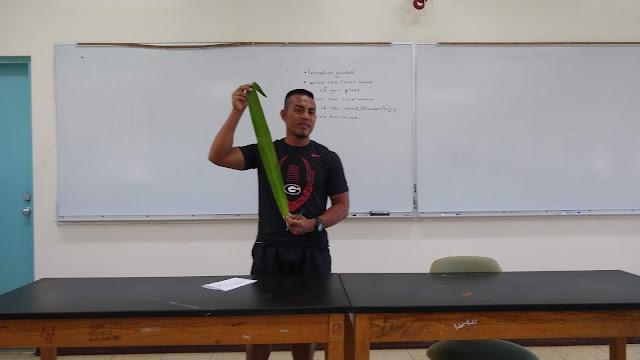 Venister presented on the Kosraean use of the heated leaf of kiuf to treat groin swelling. I was unable to determine whether the leaf was Hymenocallis littoralis or Crinum asiaticum. Note that in Pohnpeian the two plants have the same local name, kiepw. There is always the possibility that either can be used in this treatment. 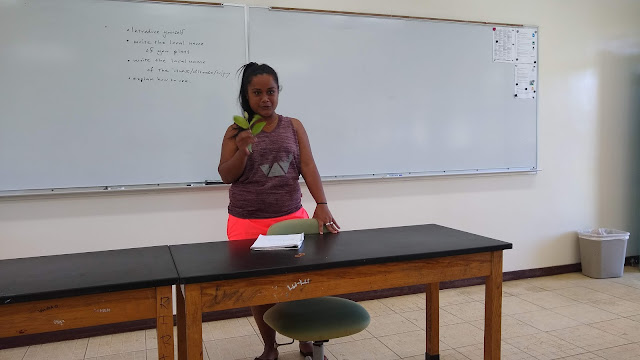 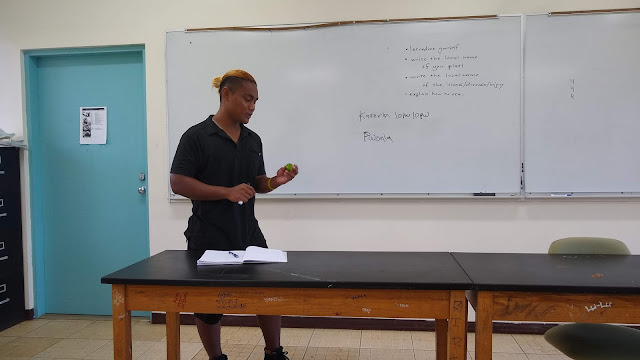 Justin described the Mwoakillese use of the skin of the lime fruit for constipation. A tea is made from the skin and consumed for four days. 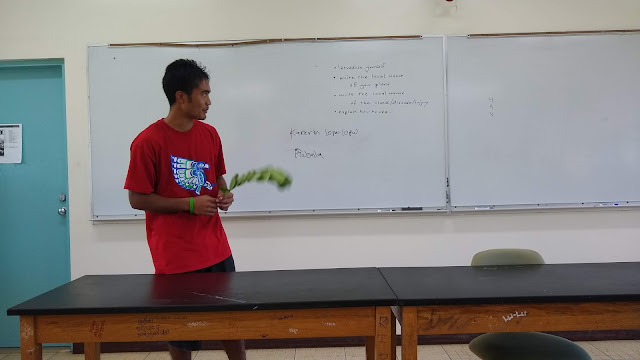 Jerome shared the Pohnpeian use of Senna alata as an anti-fungal. Young leaves are crushed and rubbed into the fungal infection to clear the fungus. 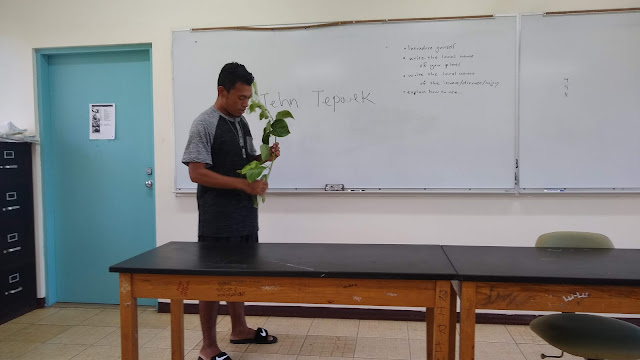 Salvin covered the Pohnpeian use of topwuk for chicken pox. The devolution is not just in the loss of being able to name the plants, but spelling, which is phonetic, is being lost so the pronunciation is being lost too. Note that while this is classified as Premna serratifolia, as a personal preference I reserve P. serratifolia to oahr. Oahr and topwuk breed true and can be told apart from a hundred paces. I refer to topwuk as Premna obtusifolia. 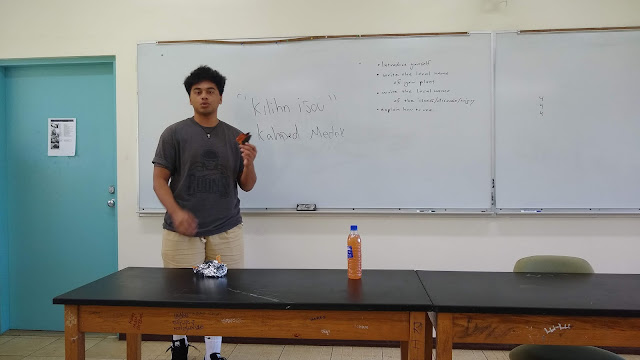 Keanu detailed the Pohnpeian use of Calophyllum inophyllum to treat kidney problems, kidney pain. A tea is made from the bark of the isou tree. Boiling the bark releases a green gooey substance, this is removed and discarded. The remaining tea is consumed to clean the kidneys. 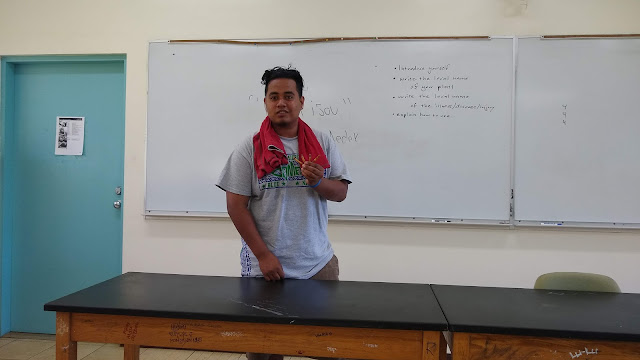 Michsane described the Pohnpeian use of Cocos nucifera roots to treat diarrhea. Four root tubules are smashed, added to a young coconut, and the liquid is drunk to treat diarrhea. He noted that the variety does not matter. There are similar treatments but they usually hinge on the young coconuts of specific varieties of coconut. The coconut has to be young enough that the juice is bitter. 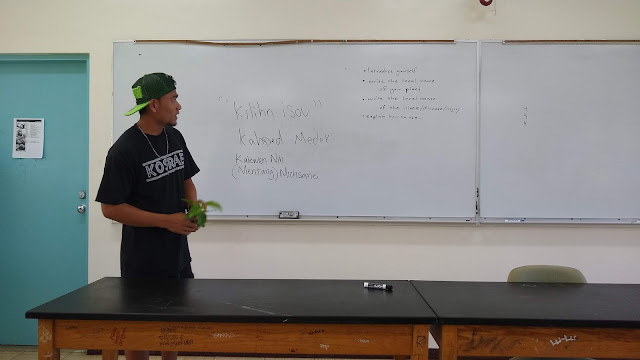 AB Lopez of Kosraean heritage returned to diarrhea and guava leaves. This is known across Micronesia. 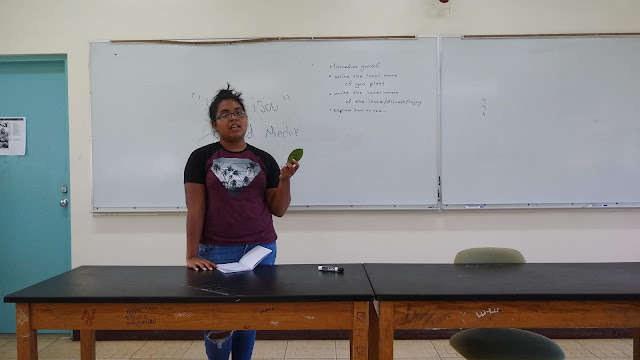 Enyd of Pingalapese heritage described the use of Annona muricata leaf tea, soursop, known here by the Japanese derived name "sei", for the treatment of high blood sugar. 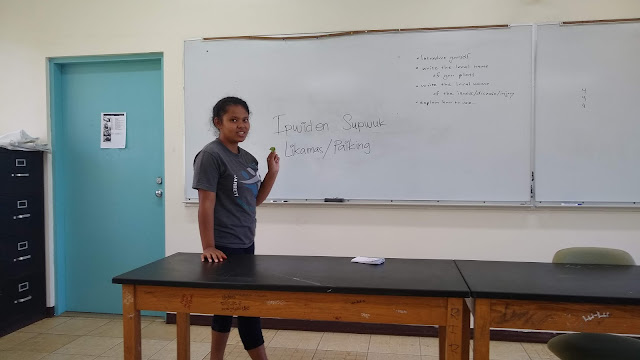 Kimberly covered the use of Premna obtusifolia leaves here on Pohnpei to bring a boil to a head. 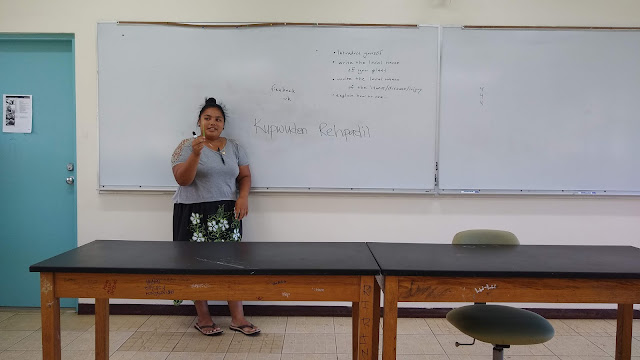 Adelma described the Pohnpeian use of the white base shoot of Ischaemum polystachyum to treat diarrhea. If one gets the feeling that diarrhea is a common ailment, one would be correct. 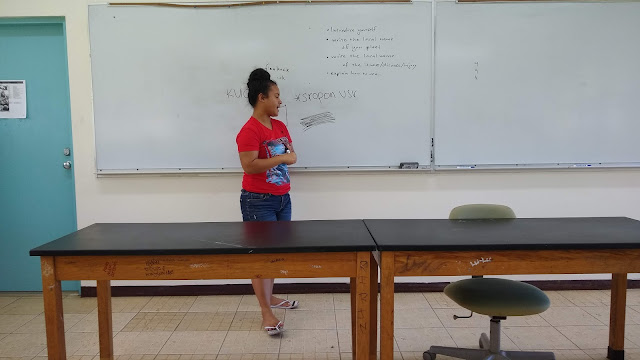 Arlynn notes the Kosraean use of pounded banana tree trunk as a wrap to treat a sprained ankle.

Tulpe [no image] described the use of Curcuma longa, tumeric ginger root, to treat a variety of skin conditions as well as to make the skin lighter and whiter. 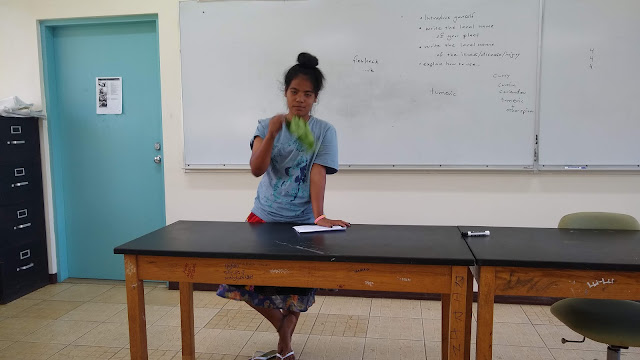 Prileen also brought Annona muricata leaves - the tree grows along the entrance road to the college - and also described the use of the tea to treat diabetes and cancer. These usages are not traditional indigenous uses of the plant, the Japanese brought the plant. The use of the leaf tea is a modern development and was brought in from elsewhere.
ethnobotany