April 12, 2018
Once again I leaned on laboratory 12 and batteries and bulbs to demonstrate the gender differential in picking up equipment. When and where I could, I placed a battery, a bulb, and a wire halfway between male and female students. At this point I was not passing out enough for everyone to have one. From the front of the class I asked, "Can you light the bulb?" The males consistently reach for and take the equipment. This then provides a teachable moment on equipment in science class, how this pattern starts in the earliest grades with males tending to pick up equipment first, experiment with the equipment, gain experience, while female students, at least out here, are more likely to sit and watch the males work with the equipment. 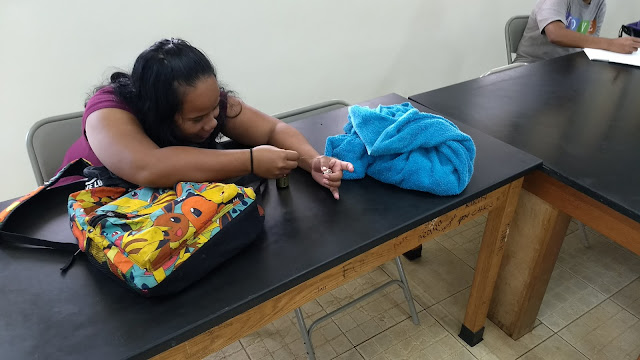 Tulpe struggles to light her bulb 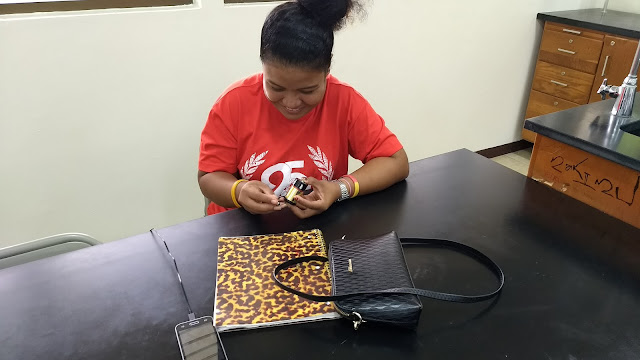 Heather sets up a short circuit

In the one section I simply took a pen from Crystal's hand to demonstrate this. Crystal let go immediately and did not say anything. I asked the group, "Did you see it?" The students looked puzzled. I then took her notebook, which required her lifting her hand, which she did so. I did not ask, I took. "Do you see it now?" The group still looked at me blankly: my behavior was within the range of socially permitted behaviors here. I then took her backpack, but the group was still puzzled and Crystal appeared unfazed. Then I explained that in other places a women would have held onto her pen and said that the pen was hers, or at least asked, "Hey, what are you doing?" I noted that this contributed to the shift of equipment from females to males here. A male is accustomed to being permitted to take things from a female. Yes, he should ask. Yes, he should be polite. But socially, especially is he is older as I am, he can take without asking. And thus equipment in science labs can quickly shift from females to males. 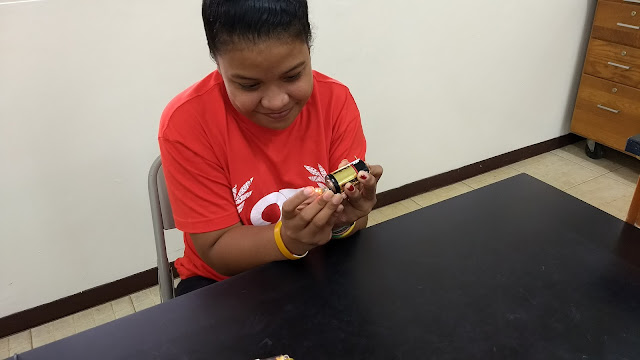 Heather was the first to light a bulb in the class

I note to the class that years of males gaining more experience leads to the science-technology-and-mathematics gap we see between college aged men and women. Women are just as capable at science, but years of watching instead of doing puts them at an academic disadvantage, at least out here. 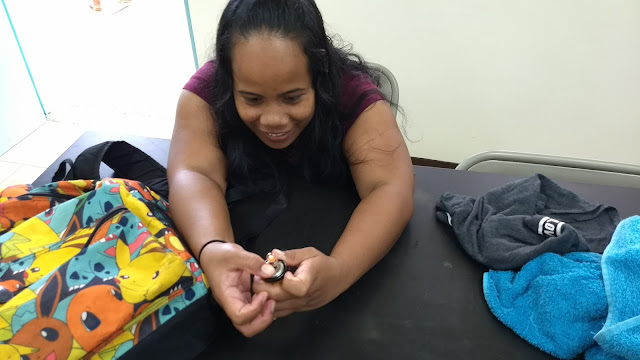 Tulpe saw what Heather accomplished and lit her bulb. 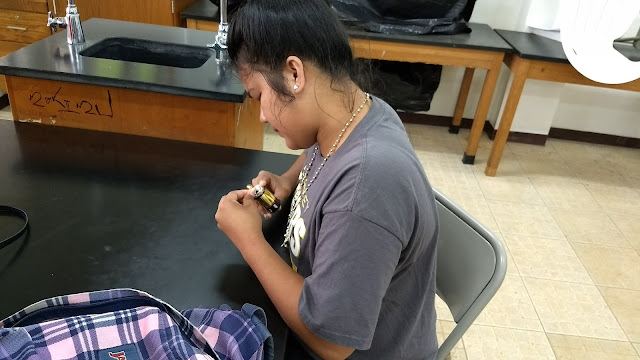 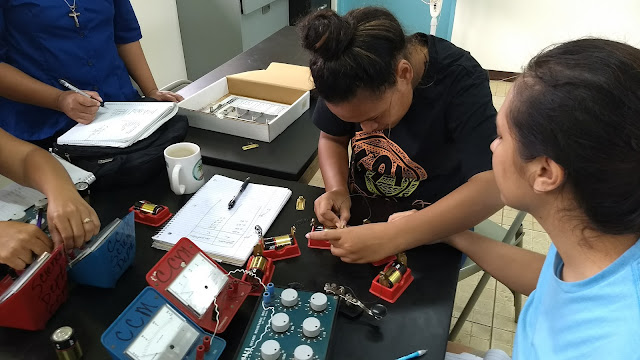 Flora working with the batteries. I find that after I make the students aware of the gender issues, the men tend to back off some and let the women work on the equipment. 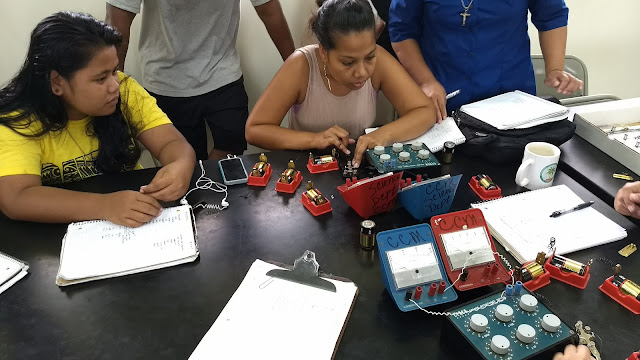