Vector addition on RipStik in algebra and trigonometry

November 20, 2017
In algebra and trigonometry this term I opted not to take the i and j component approach presented in section 10.8 of the OpenStax textbook this term. I learned during the summer that getting the students up to speed in component notation was a steep climb. One can add vectors using trigonometry without resorting to breaking the vectors in orthogonal components. I also opted to look at the special case of perpendicular vectors, simplifying the process further. 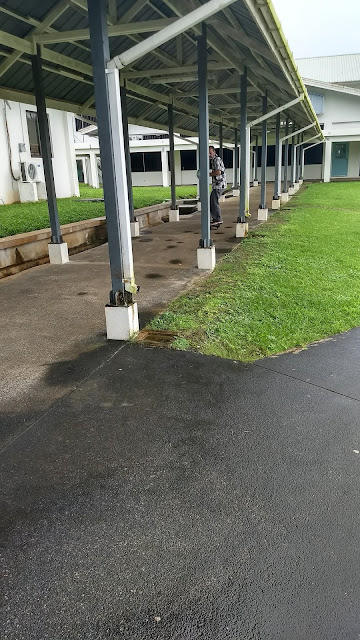 I rode inbound with the ball from the LRC.  Earlier in the day I ran trial runs along the east side of the learning resource center to take advantage of the natural T in the covered walkway on a rainy day. I did not have enough "set-up" time to get stabilized in terms of speed and stability on the RipStik by the time I hit the speed trap and ball release point. 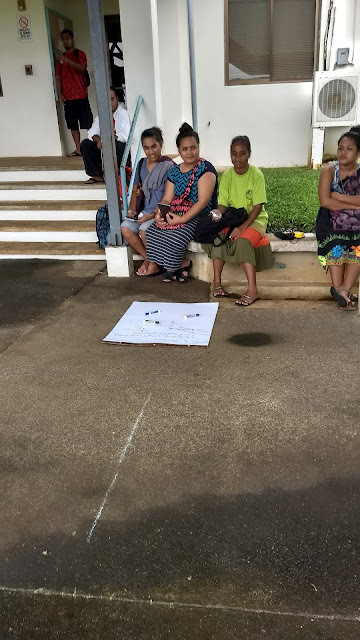 The speed trap was 300 cm long starting from where Melsina is holding the stopwatch for timing the RipStik. At the upper left Mattstan holds the radar gun to obtain the perpendicular velocity of the ball. 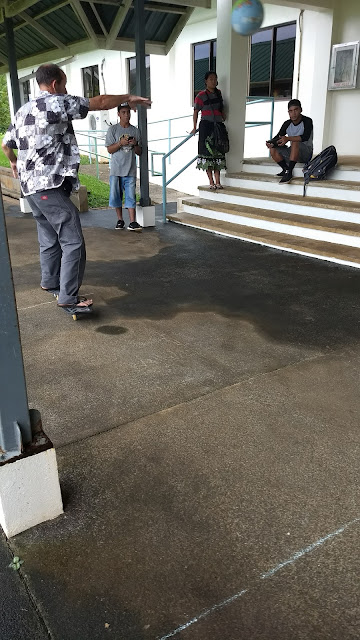 I released the ball as I crossed the 300 cm mark. The first run generated a 157 cm/s RipStik velocity and an 805 cm/s ball. Google was used to convert the radar gun kph to cm/s. 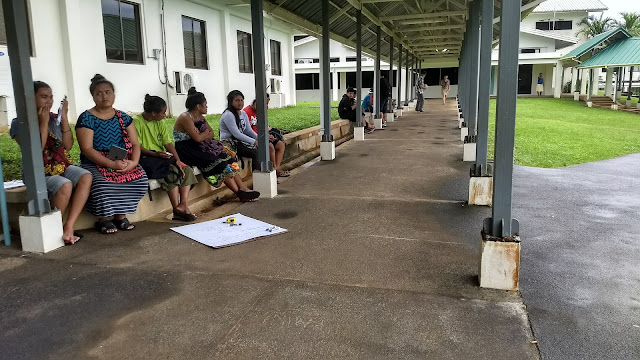 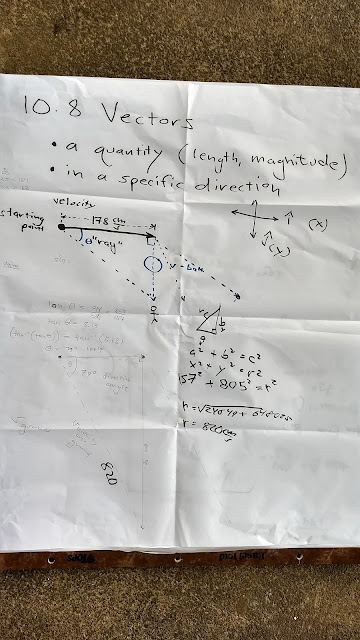 Despite a term of working with Pythagoras, not one student realized that the velocities on the legs of the right triangle could be squared, added, and then the square root taken to obtain the hypotenuse of the right triangle. I deployed long wait times (30 seconds) to no avail. I dropped leading hints. Nothing. Rather interesting overall. A term of working with triangles, but no ability to reason with the theorems presented. Obtaining the direction angle theta yielded an equivalent silence.  Even with leading, a number of students decided the angle was 805/157. 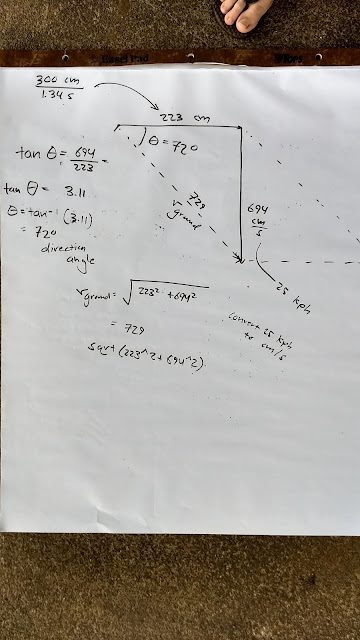 The second run still did not generate students understanding how to get the hypotenuse and direction angle. One wants to redesign everything to find a way to help students grok triangles. 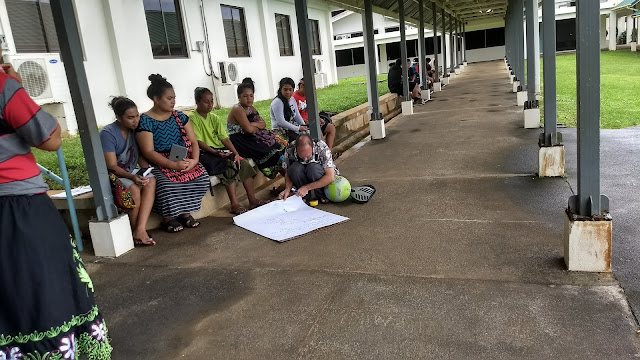 Sidewalk calculations in progress. Out here the portable tech was very useful.

The class prior to this the styluses ordered back in September arrived - after two months three days and a loss of ten students. The order was listed as undeliverable in mid-October, thus their arrival was somewhat of a shock. 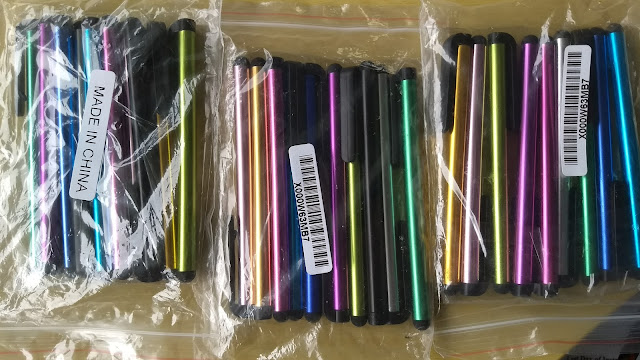