October 15, 2017
Measuring the speed of sound proved difficult in the 8:00 morning section. The sun was out and the sun angle was horrific. Between glare off of the asphalt and glare off of cars, visibility was problematic at best. Heavy traffic associated in some way with the tuna commission and general college traffic plagued the best efforts of the eight o'clock class. I too recalled the importance of a baseball cap and brim to eliminate sky glare. I was generally unable to see the clapper in the conditions at 8:00. Adding insult to injury, a number of distances were knocked out by a weed whacking crew cutting grass around the gym, again, in activity related to upcoming tuna commission meetings. 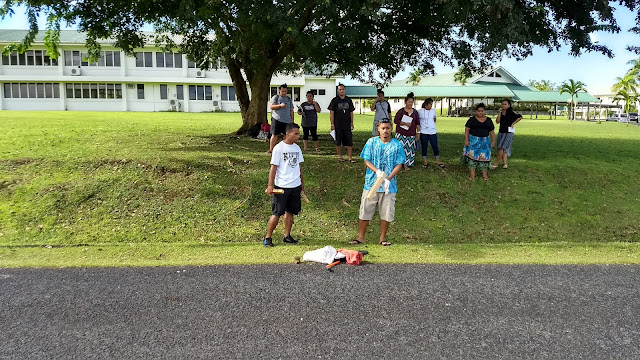 Anticipating traffic problems, I moved the clapping crew west away from the main junction. This would also inadvertently push the most optimal measuring distances out at 300 and 350 meters into the center of the weed whacking zone. 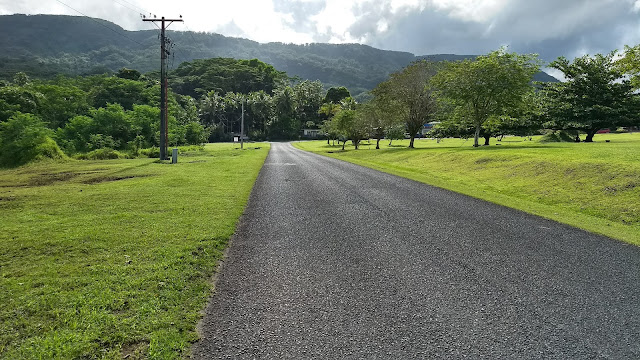 Too, the clappers were suboptimal. I really do need to use two by fours for clapping. They make a more distinct and sharp bang. Glare can be seen in the above image. 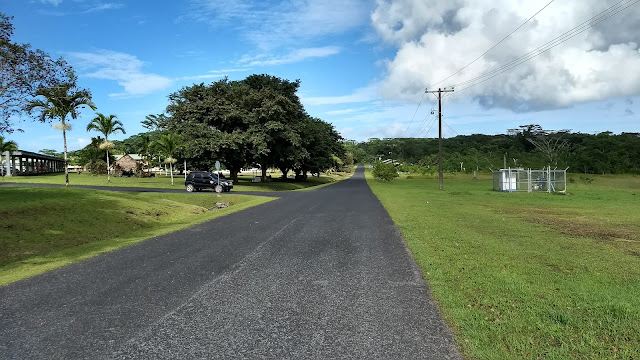 With the group having difficulty seeing the clapper, I decided to park the timers out in a shade patch at 486 meters. I was still recovering from a cold which also impacted my own vision capacity and my ability to deal with the saturating humidity of the early morning. There is a soaking wetness to the morning air that is far more debilitating than the heat. The morning class would be begin at 25 Celsius and muggy, by 11:00 the temperature would have risen to 30 Celsius and the humidity had fallen.

I walked back with the flagging towel to the clappers, gave them the towel and timers, and took the clappers back west to the former timers at 486 meters. This took some time, but I wanted to try reversing the measurement due to lighting. As I suspected, the new problem was that the wind, although light at six miles per hour from the northeast, was sufficient to work against being able to hear the clap at 486 meters upwind. 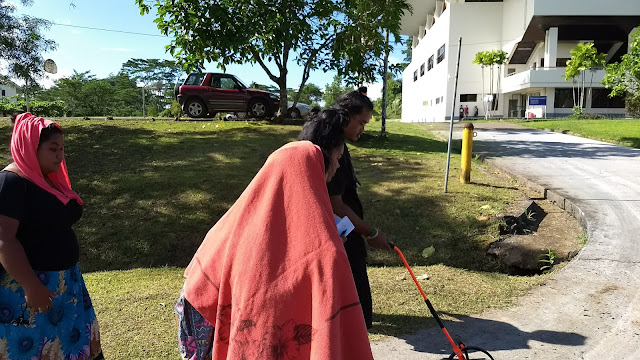 Before the course reversal, withering in the heat 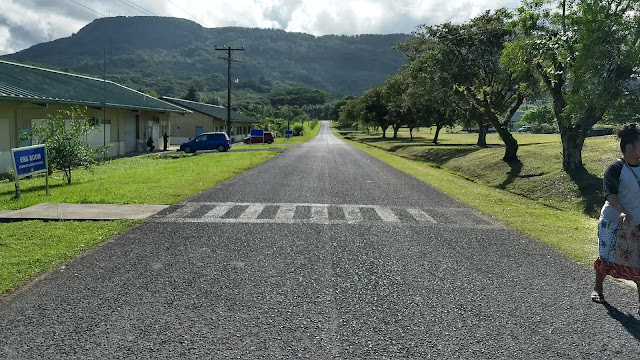 Bear in mind that the clapper are up inside that glare 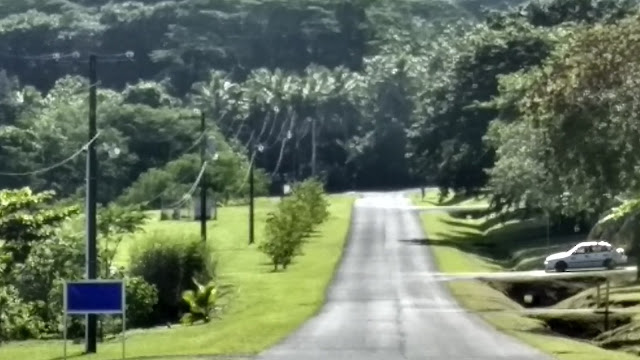 At full 8x telephoto on 9 megapixel 16:9 shot one can barely see VanDamme

Glare off of cars was also problematic. 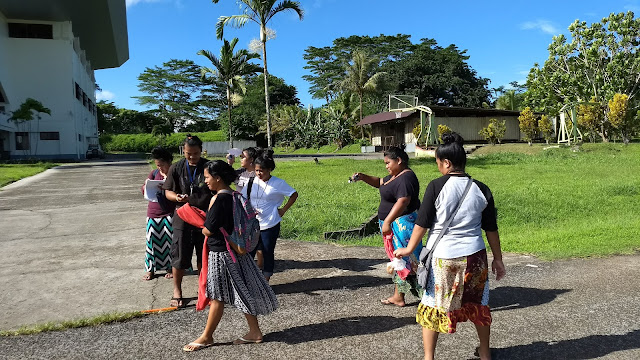 Weed whacking out here prevented being able to hear the clappers

Reversing the direction of the experiment did not work, the wind was problematic. Ultimately a baseball cap and being dressed for the morning is the only way to cope with the 8:00 class. Traffic will always be a particularly pernicious factor.

The data produced a 388 m/s speed of sound, an indication of the problems with the measurements (388 m/s being a rather large error against historic performances of this procedure). Note too the lack of data points. 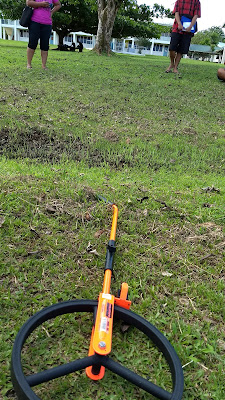 At 11:00 I moved the clapping crew back to the east. Less shade, but the humidity was down and a nice breeze was wafting across campus. Conditions were far more physically tolerable. 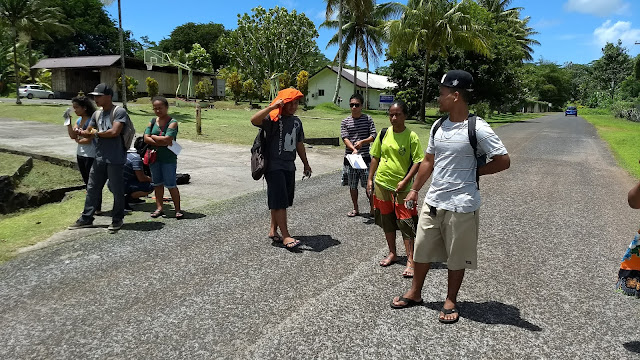 The weed whacking crew was either on break at 11:00 or somehow realized that the whackers were interfering with the experiment 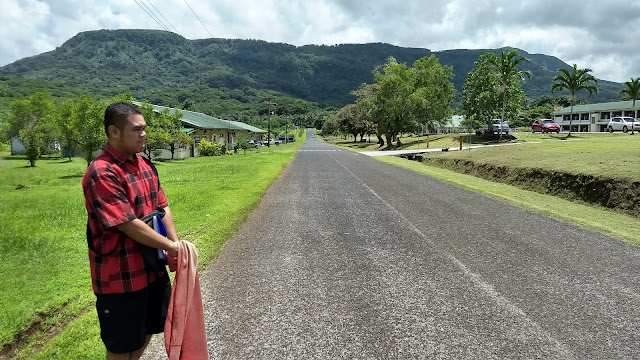 Dee-L flagged with the towel, note too that at 11:00 the east end of the road is no longer glaring. The reflectivity from the pavement is gone. Although this looks impossible, the human eye can clearly see the clapper from here. 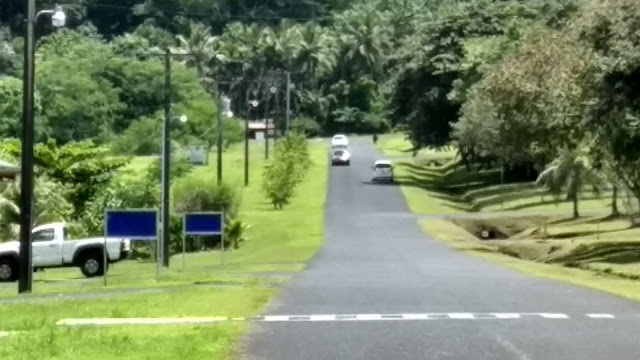 The clapper from about 350 meters range using full 8x telephoto on a Moto G5 Plus. 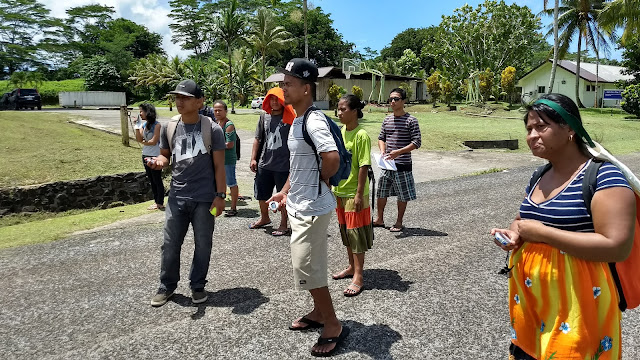 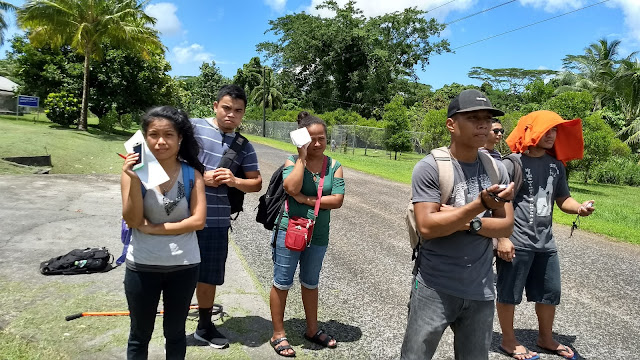 The timing crew on the south side of the road 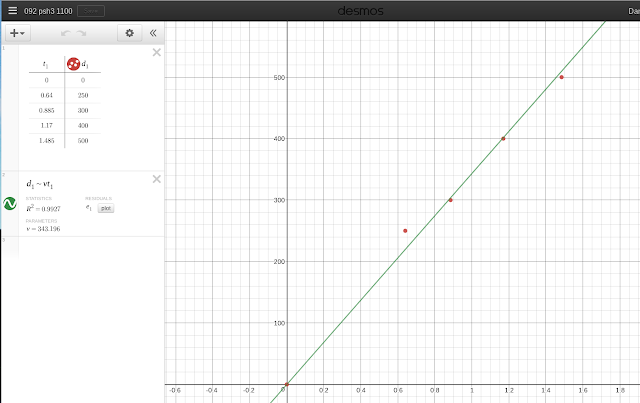 Now to remember to bring a hat, change of shirt, for that 8:00 session. And perhaps continue to seek another way to get that measurement done given the lighting conditions. I am left wondering whether we might move the clapper even further west, pushing the timers up onto the coral stretch of road west of campus. Maybe putting the clappers down in the "valley" would help reduce glare.
physci