MS 101/3 at midterm in the personal technology classroom

October 15, 2017
The experiment in running MS 101 Algebra and Trigonometry outside of the A204 computer laboratory using personal technology continues. The class was a late addition to the schedule. One theory at the college is that these late added courses tend to wind up with less "organized" students, students who were not sufficiently organized to register early or during regular registration. The class launched with 26 students and has lost six of the 26 due to excessive absences. These are absences well in excess of two weeks worth of absences. This loss may reflect the nature of the student who winds up in a class added late to the schedule. 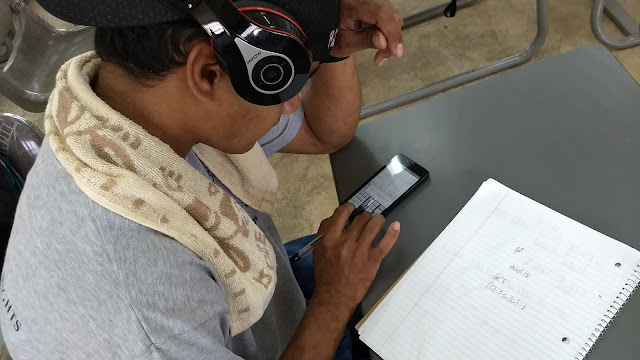 Of the remaining twenty students, fourteen are passing the class as of midterm, with four of those passes in the 60% to 70% band. 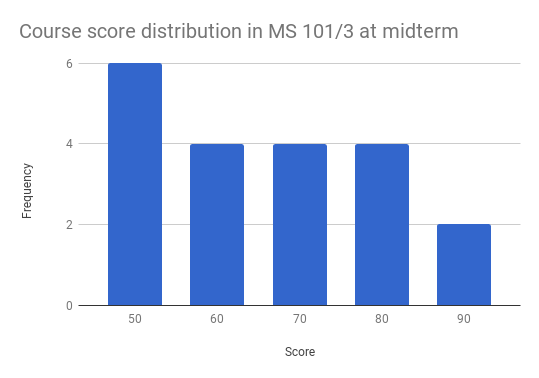 Thus only half the class, ten of the remaining twenty, are passing with a score above 70%. Absenteeism may also underlay the poor performances seen in the course. The remaining students have an average of 5.15 absences with a median of 4.5 absences. No student has perfect attendance. The course moves through material on the order of roughly a section a day, missing a day can generate a significant gap in the student's learning. 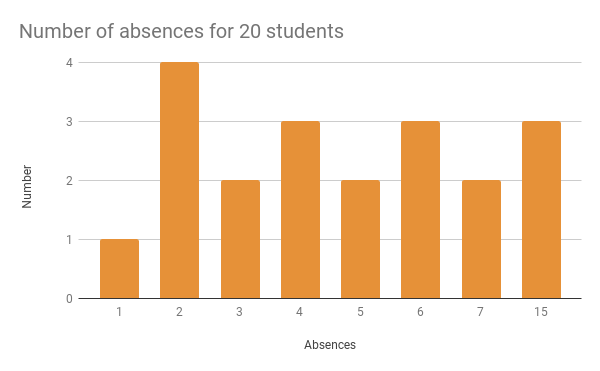 Absences range from one absence to three students with 8 or more absences. One student now has 15 absences and will be withdrawn from the course on excess absences. The class meets at 2:10 in the afternoon, thus the issue of getting to campus is less likely a factor for this class. The above tracks only full attendance but late arrivals appear to be less of a factor. The average number of late arrivals to class is 1.65 with a median of one late arrival. Most students have three or fewer late arrivals, one student has four and another has six.

Sections are generally introduced on one day and the next day is a day of working homework or homework related problems in class with individual assistance from the instructor. The students cannot have the Desmos graphing calculator open at the same time as the textbook, their screens are too small. My sense in the classroom is that this is problematic. Last summer students often had Desmos running on one screen and the textbook on another in the A204 computer laboratory. Screen real estate was identified as a potentially important facilitator of learning in the summer course. 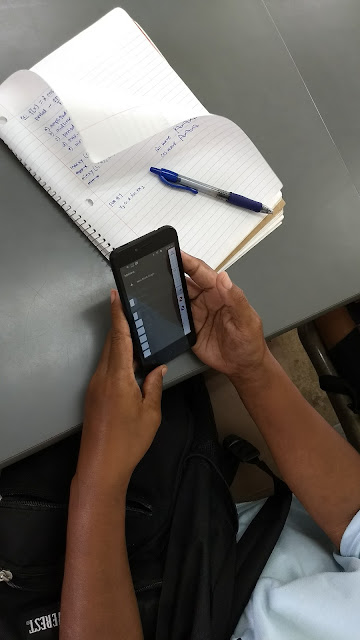 Students work on small screens and older Android operating systems. Their phones are slow and the WiFi latency at 2:10 can mean that loading the textbook chapter takes seven or more minutes. Ultimately the teaching of this course outside of the computer laboratory appears to be problematic at this point. If anything the need is, as identified this past summer, for even larger 21:9 screens to allow the Desmos calculator, Schoology homework, and OpenStax textbook to all display on the screen. 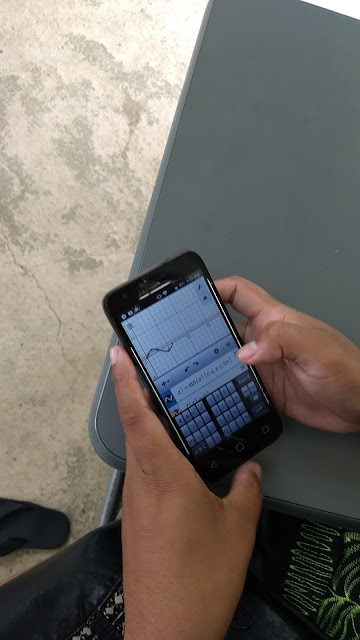