September 04, 2015
SC/SS 115 Ethnobotany opened with a course introduction on a Tuesday including the naming of a few plants. I chose Morinda citrifolia as the easy plant, only to have a Pohnpeian student deem the plant (weipwul) to be Hibiscus tiliaceus (keleu). This was the first time I can recall my lead "easy"plant being misidentified and misidentified in a fairly extreme way. The sample had the aggregate fruit with flowers. 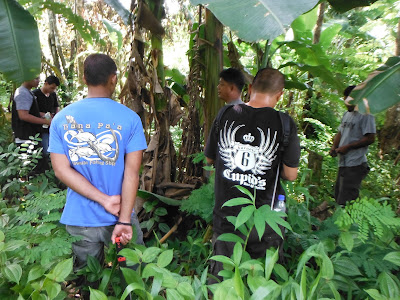 Thursday began completely differently from prior terms. The class went to view a video on knife safety in the agriculture classroom. The class then learned to distinguish sword suckers from water suckers. The class also learned some banana terminology such the corm. 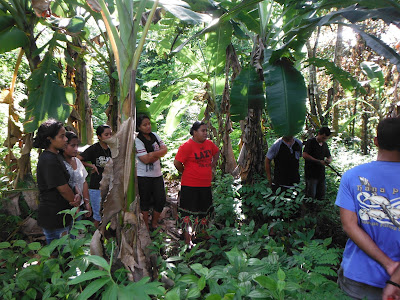 Students amid the bananas 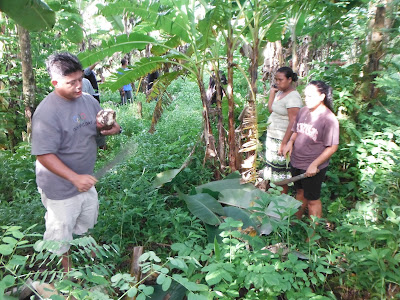 Instructor Kostka explains the proper way to clean a banana corm for transport. Remove all soil. Remove the round black spots caused by nematodes. Transplant only the corm, do not transplant the leaves. Corm will be shallow planted at a 45 degree angle, a new shoot will emerge from the side of the corm stalk. 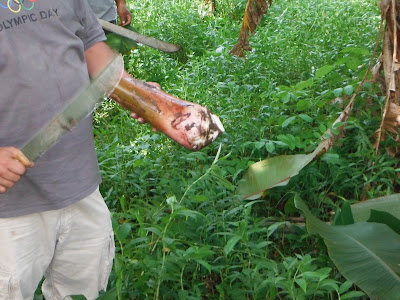 Close up of the corm 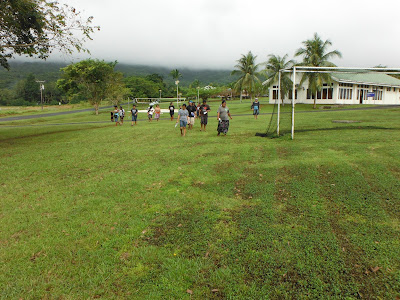 The class heads out to learn about lycophytes and monilophytes 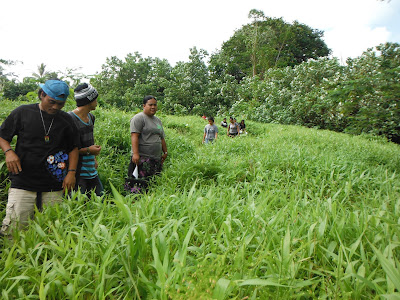 Lycopodium cernua and Dicranopteris linearis were the first two stops on the walk. 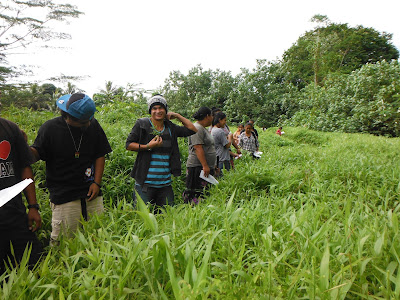 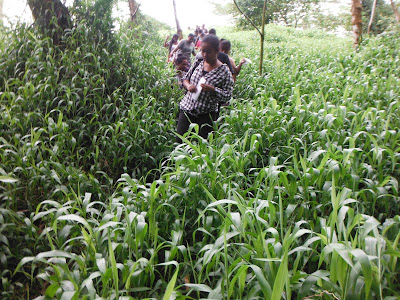 Alison heads down the hill 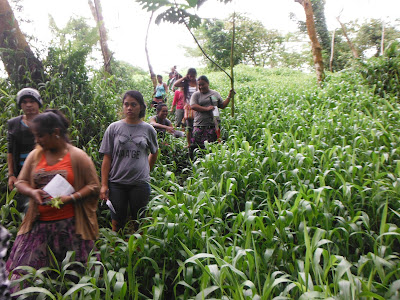 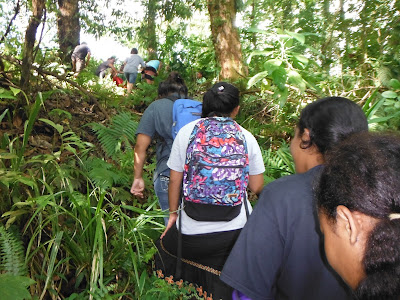 Back up from the valley. The Cephalomanes antrovirens was gone - the tree is was below appears to be gone too. Right down to the stump. Possibly a casualty of tropical storm Dolphin. The area where the Antrophyum callifolium is found is sunnier, there is a loss of shade. This may negatively impact this shade and wet loving fern. 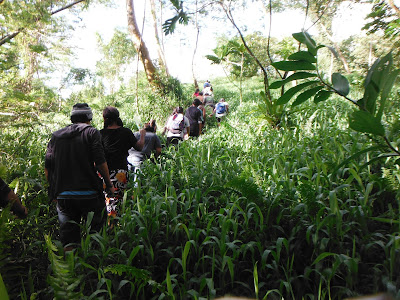 End of the line headed up the hill
ethnobotany