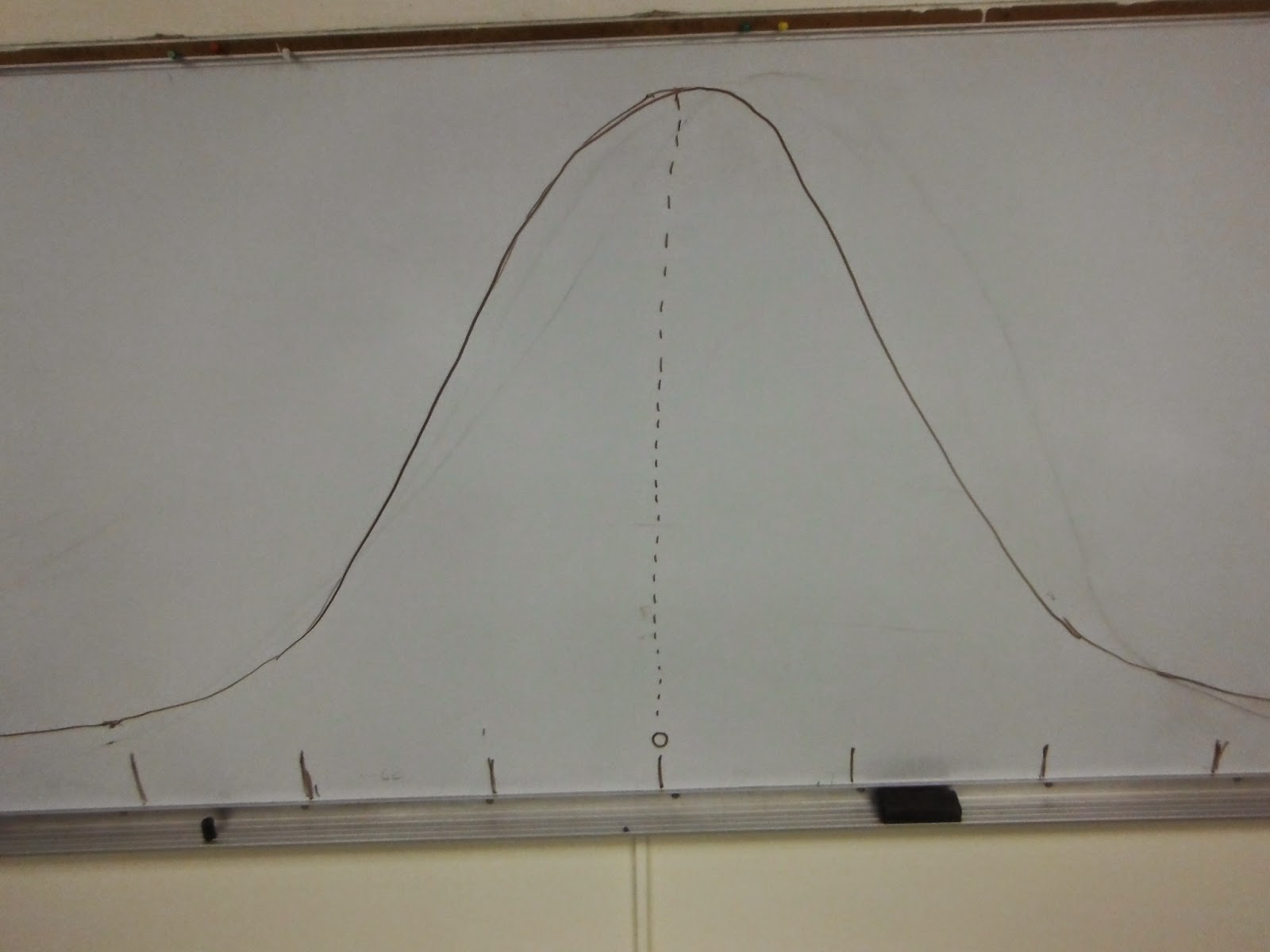 The vertical lines at the bottom were aligned to the lines between the tiles in the floor. Although the tiles were one foot on an edge, I treated them as if they were 30 units on an edge, roughly 30 centimeters. 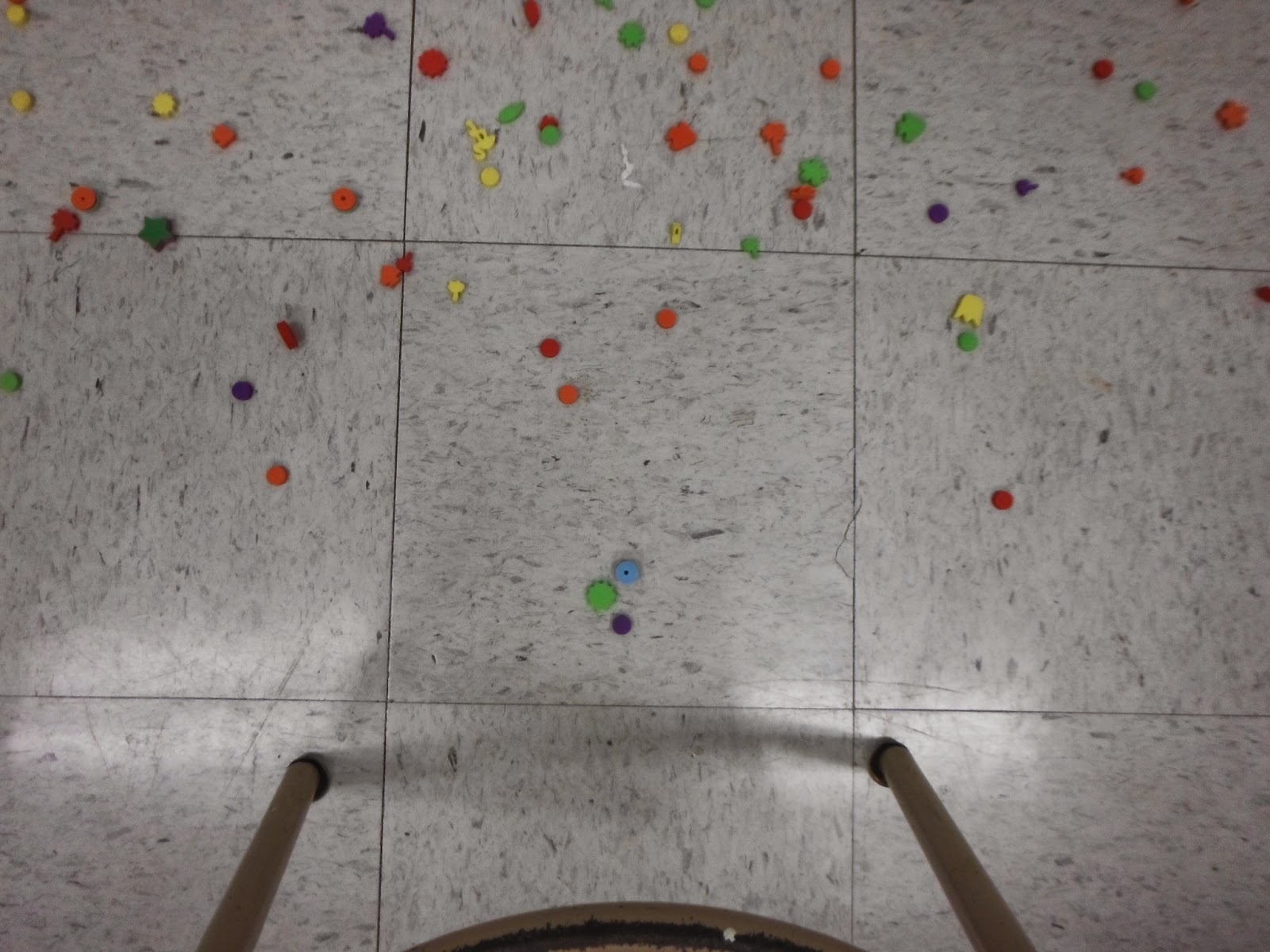 At 8:00 I was not thinking carefully and placed the stool as seen above, which put zero in the middle of a tile. 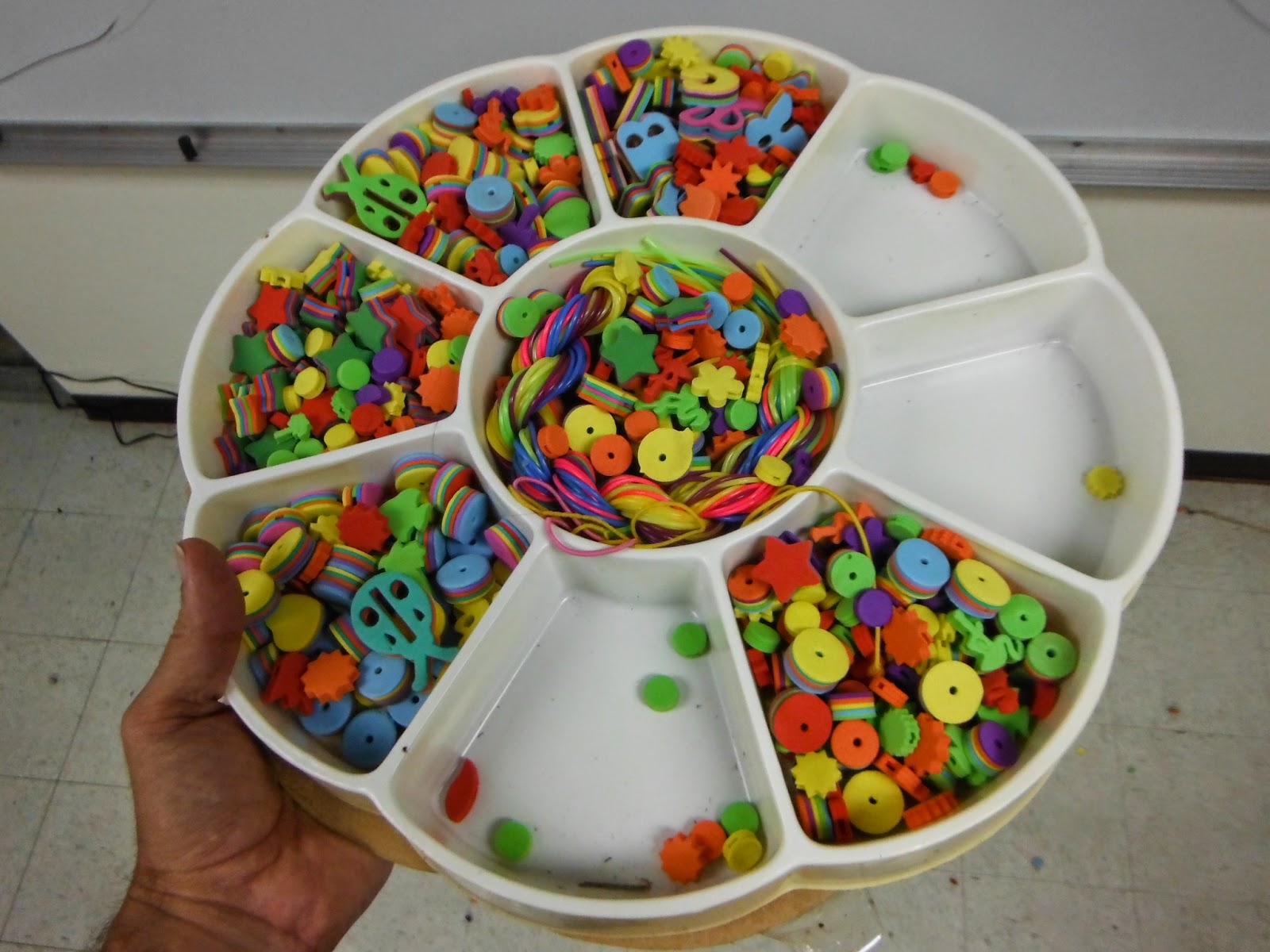 I then three bins worth of beads into the air while standing on the stool. Vertical throws as high as the ceiling. This proved to be a tad too many - the counts were really high between the inflection points. Counting was hard because I had to do counts at half-way between the lines. 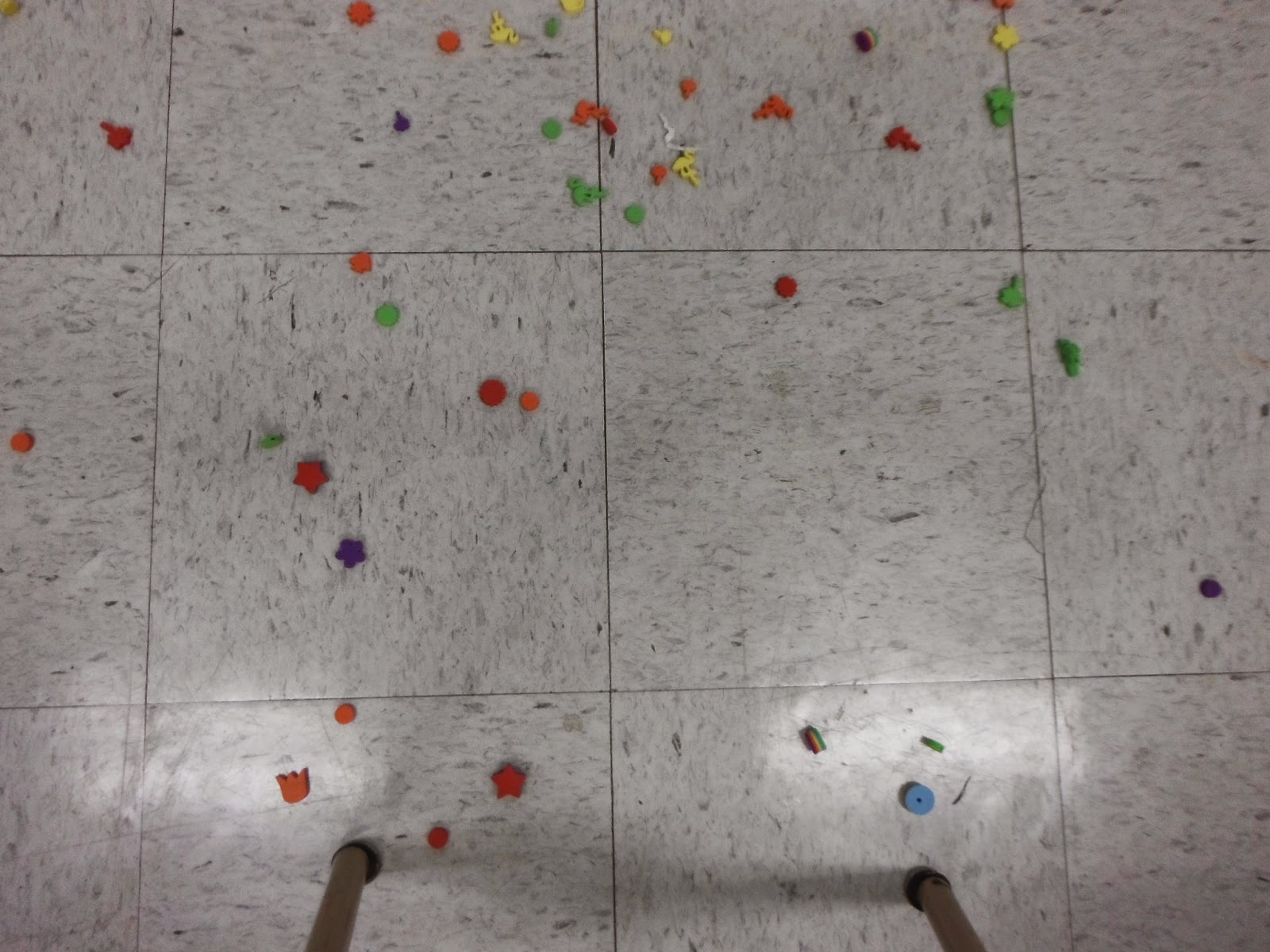 A wider angle view of the distribution of the plastic beads on the floor. 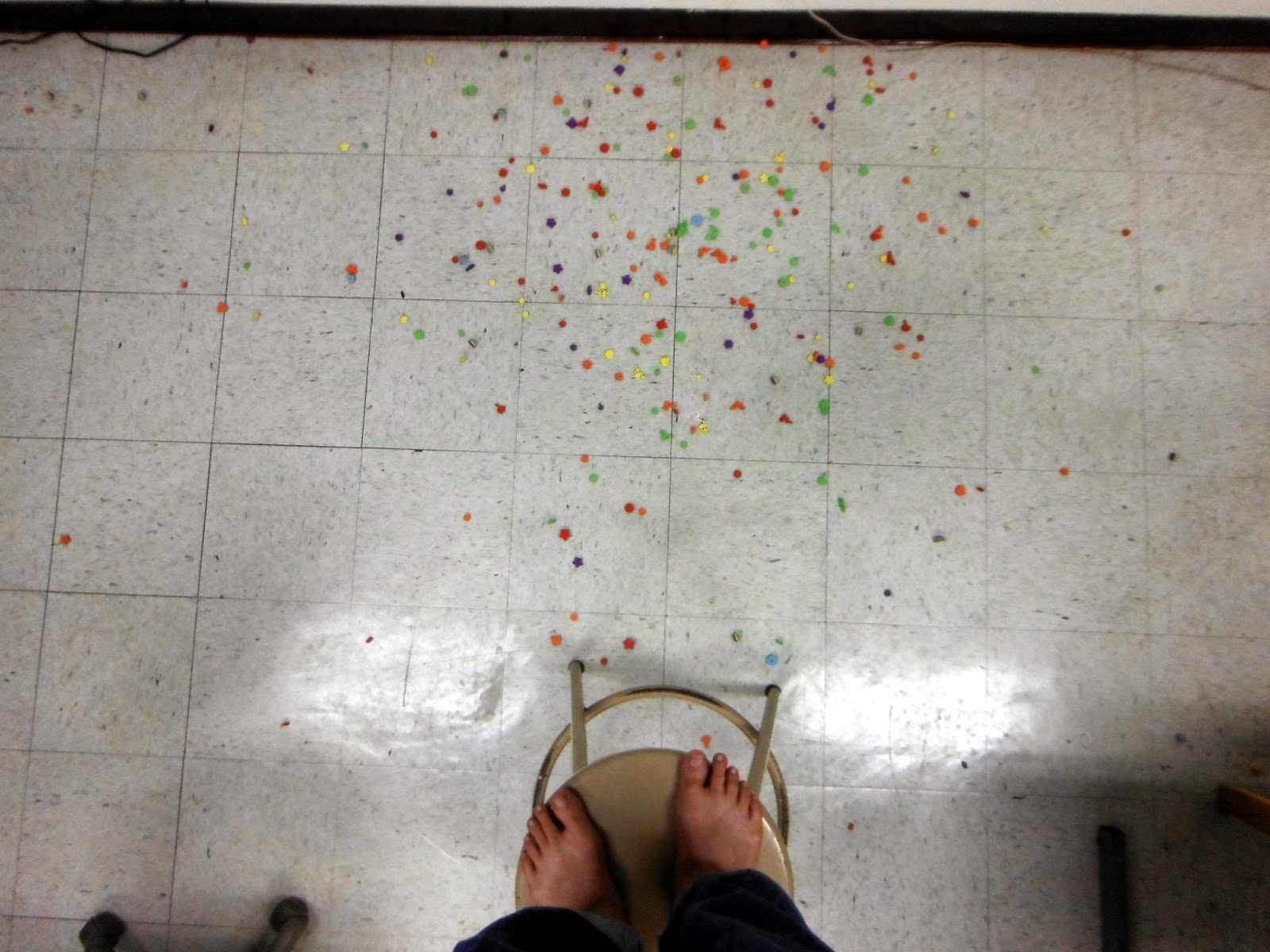 This lined up the tile lines with the lines on the board above. I also tossed only two bins of beads, making the counts more manageable but increasing the risk of a non-normal distribution. 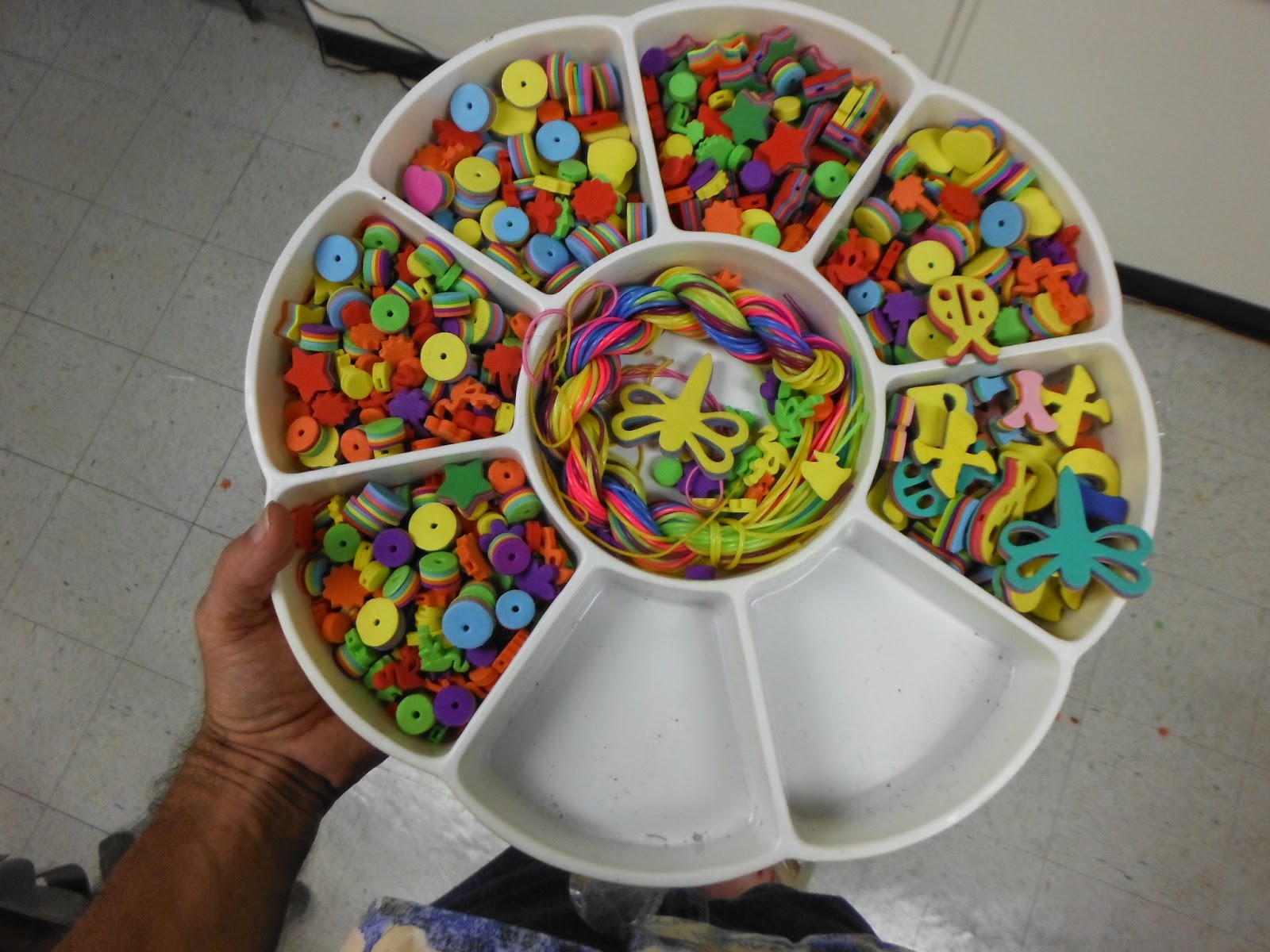 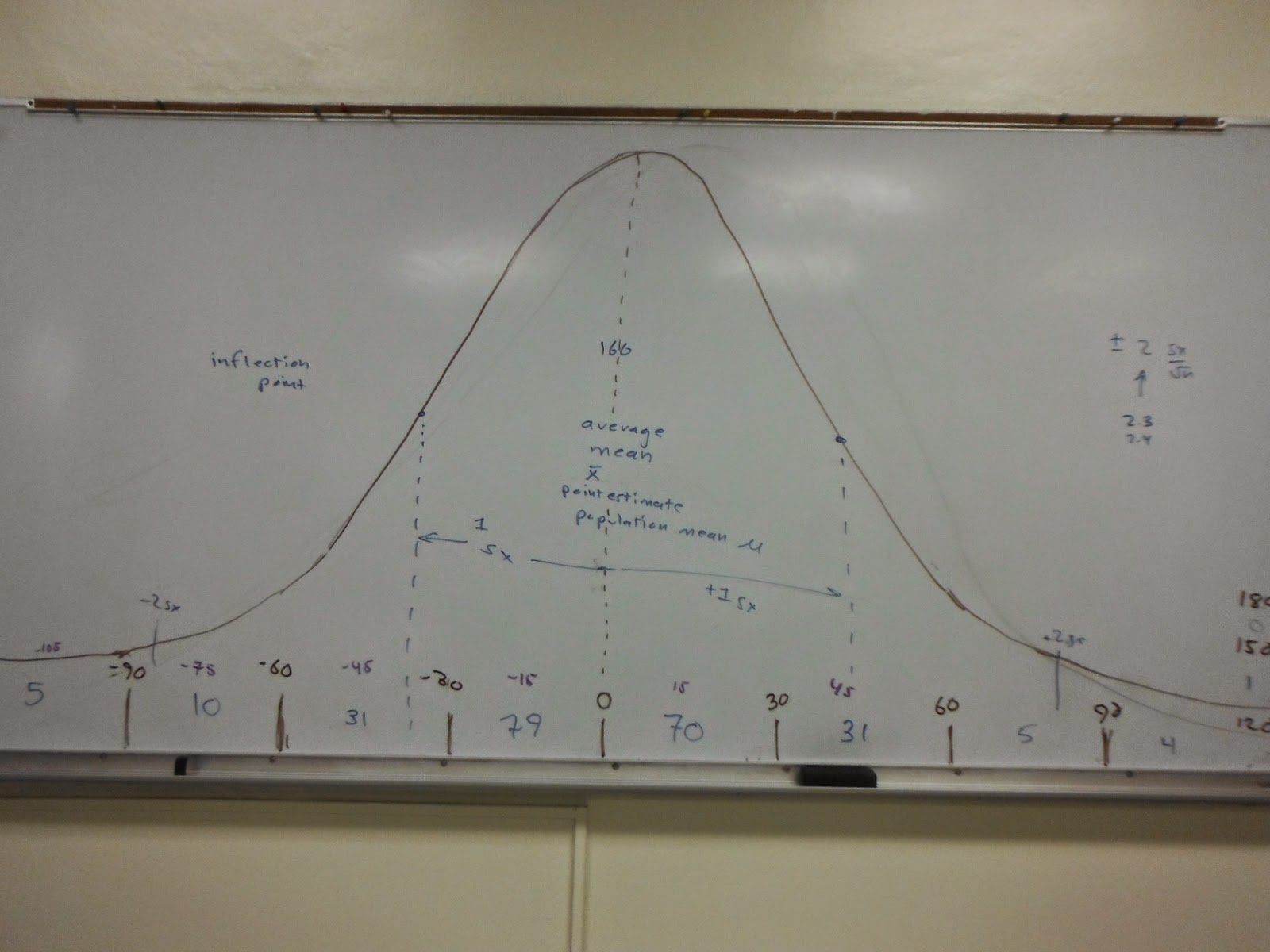 Counts were done manually. At 10:00 I started to sweep beads into piles of five, but then I realized I could not move the beads because one standard deviation would eventually land at 40 cm, and I would be forced to go back and recount the beads between plus and minus forty centimeters to show that the number was near 68%. 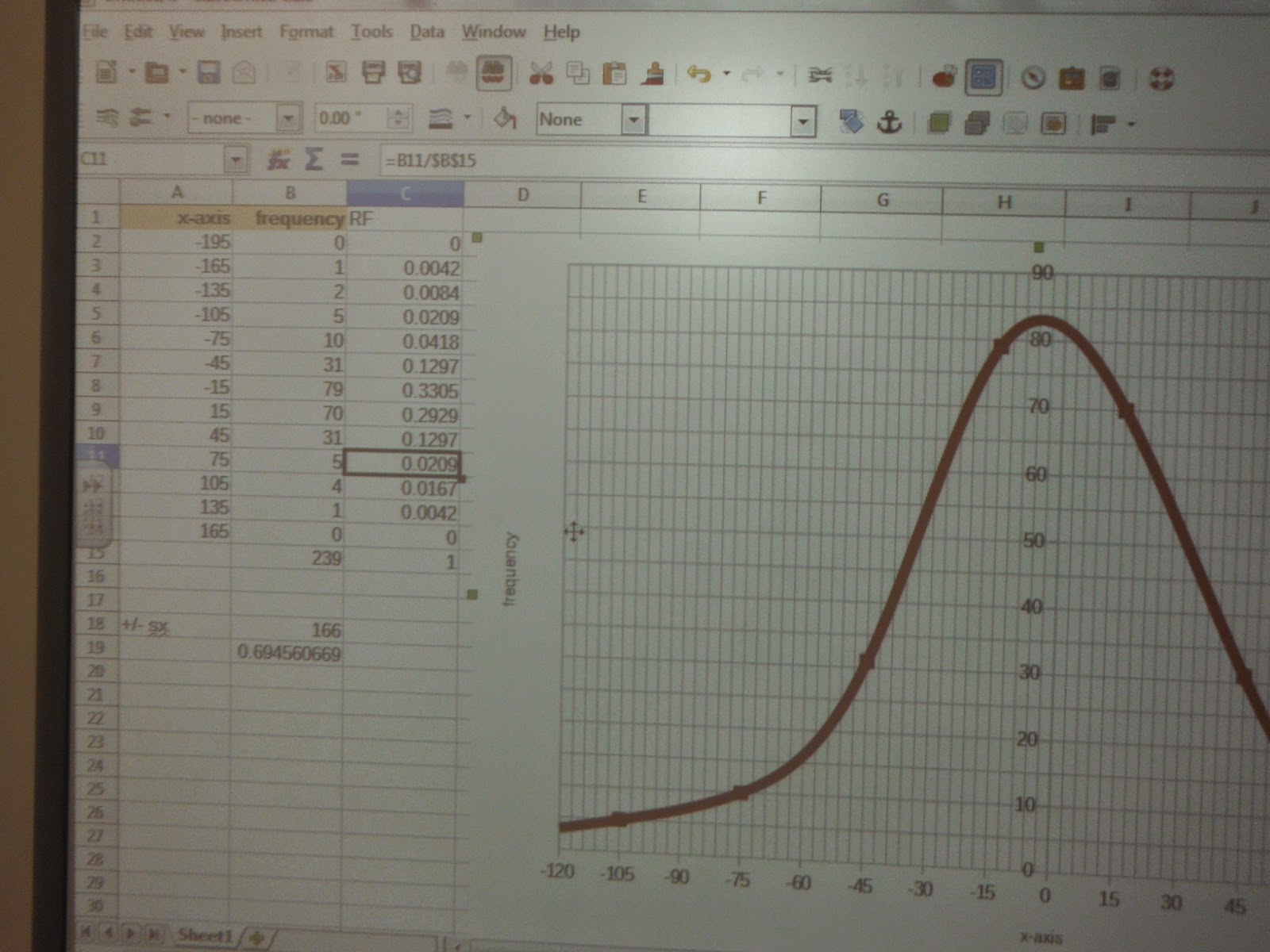 The distributions would be visually more normal than I could have hoped for. Note that the counts happen "between the lines" so that in the table I use the midpoint of each tile column as the class value. Thus 15 is the class for beads between 0 and 30 centimeters. 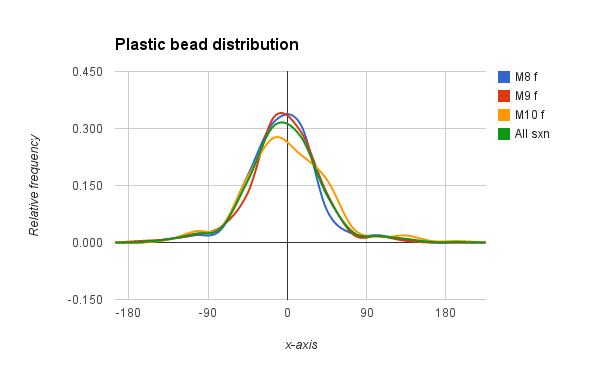 Only the ten o'clock class had a significant visual departure from a nice normal curve. Maybe throwing three bins of beads is preferable given the more symmetrical curve seen at 8:00. 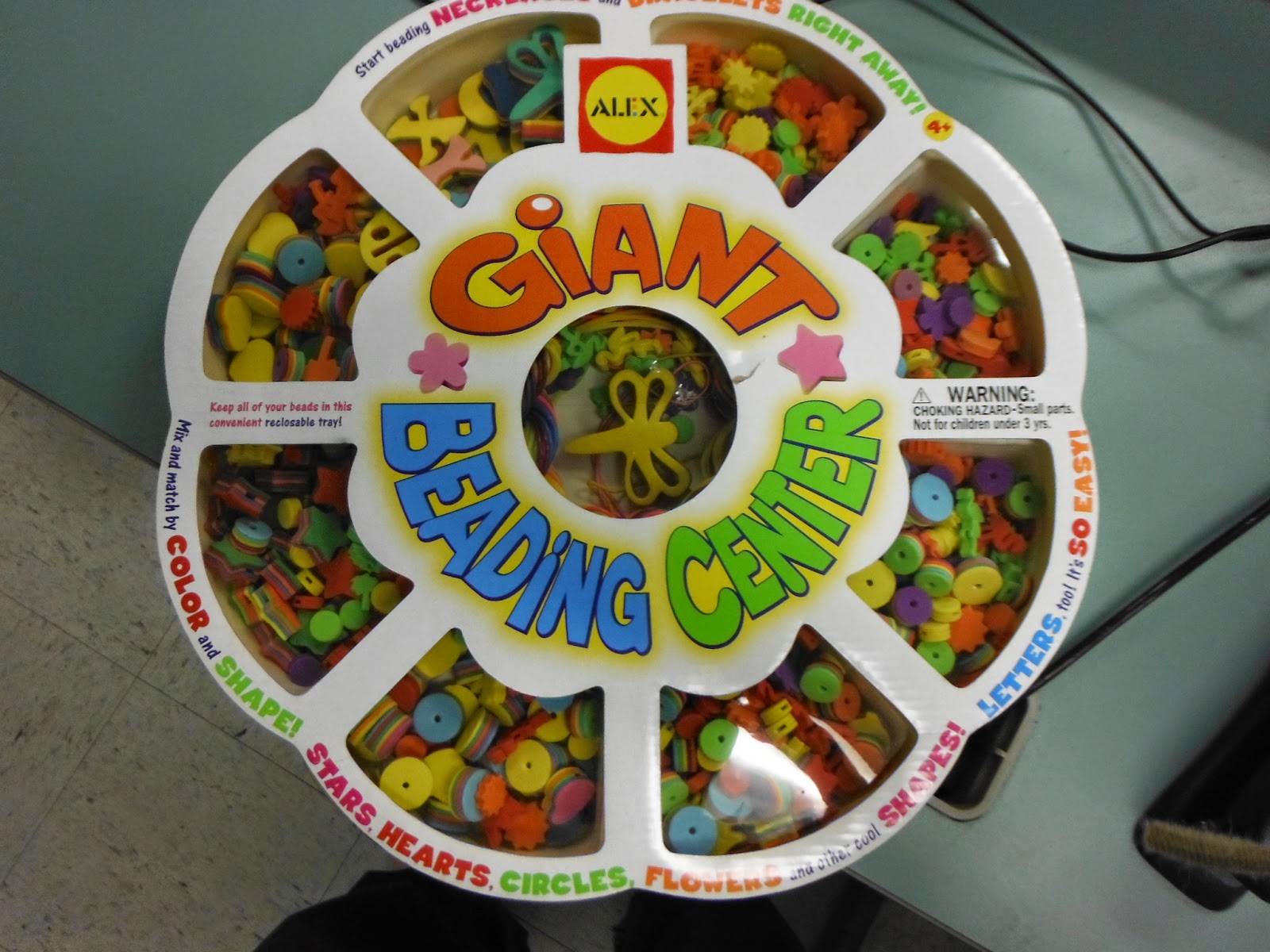 Standing on the stool did raise the concern of some students as to whether their doddering old professor would fall. I had to assure them that my balance was still good and that I do not normally fall. At least not 95.45% of the time.