September 01, 2014
The RipStik deceleration and acceleration built off of a lecture introduction first to negative slope, negative velocity, and a return to zero distance. I then suggested a gradually slowing, stopping and returning with acceleration would yield some form of curve. This built off of the last five questions on the velocity quiz last week. I finished the lecture demonstration with the arc of a ball on the board, parabolas, and the suggestion of a quadratic equation. Then I went outside to make one. 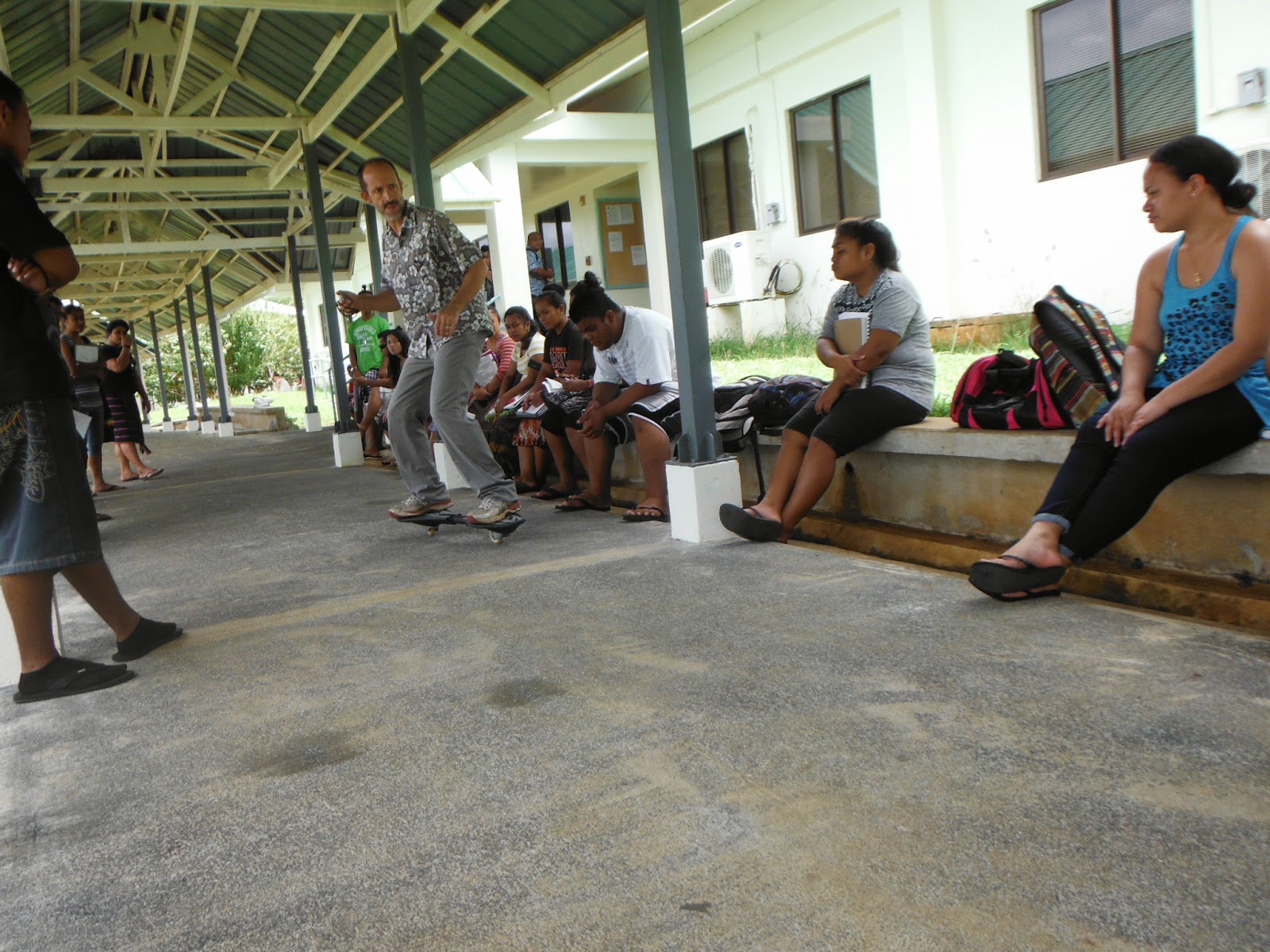 I used the same zero post as the week before and a 305 cm on center measurement. After a couple practice runs I did a run that I thought went to 1220 cm out and back. I could not make the times work, became confused, and decided to redo the RipStik run. This time I realized I was turning just past the 915 cm post, so my original data was not faulty. The graphs below retain both sets of data. 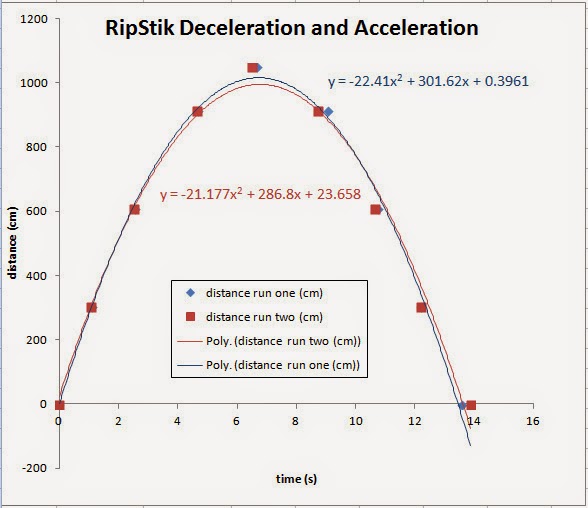 A roughly parabolic shape emerged from both runs, both runs have very similar time versus distance profiles. 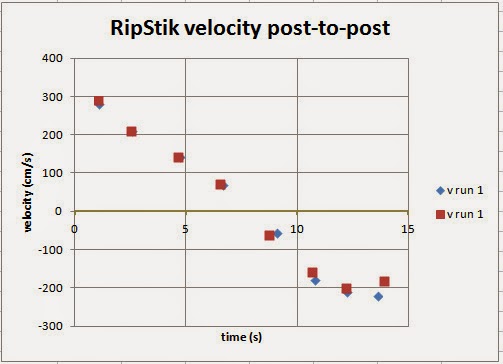 My velocity changes in a negative linear fashion, decreasing at a roughly constant rate until the very end of the run. 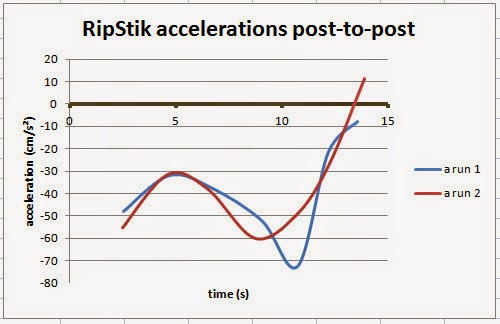 My deceleration remains in the -30 to -60 centimeter per second range until the end of the run. 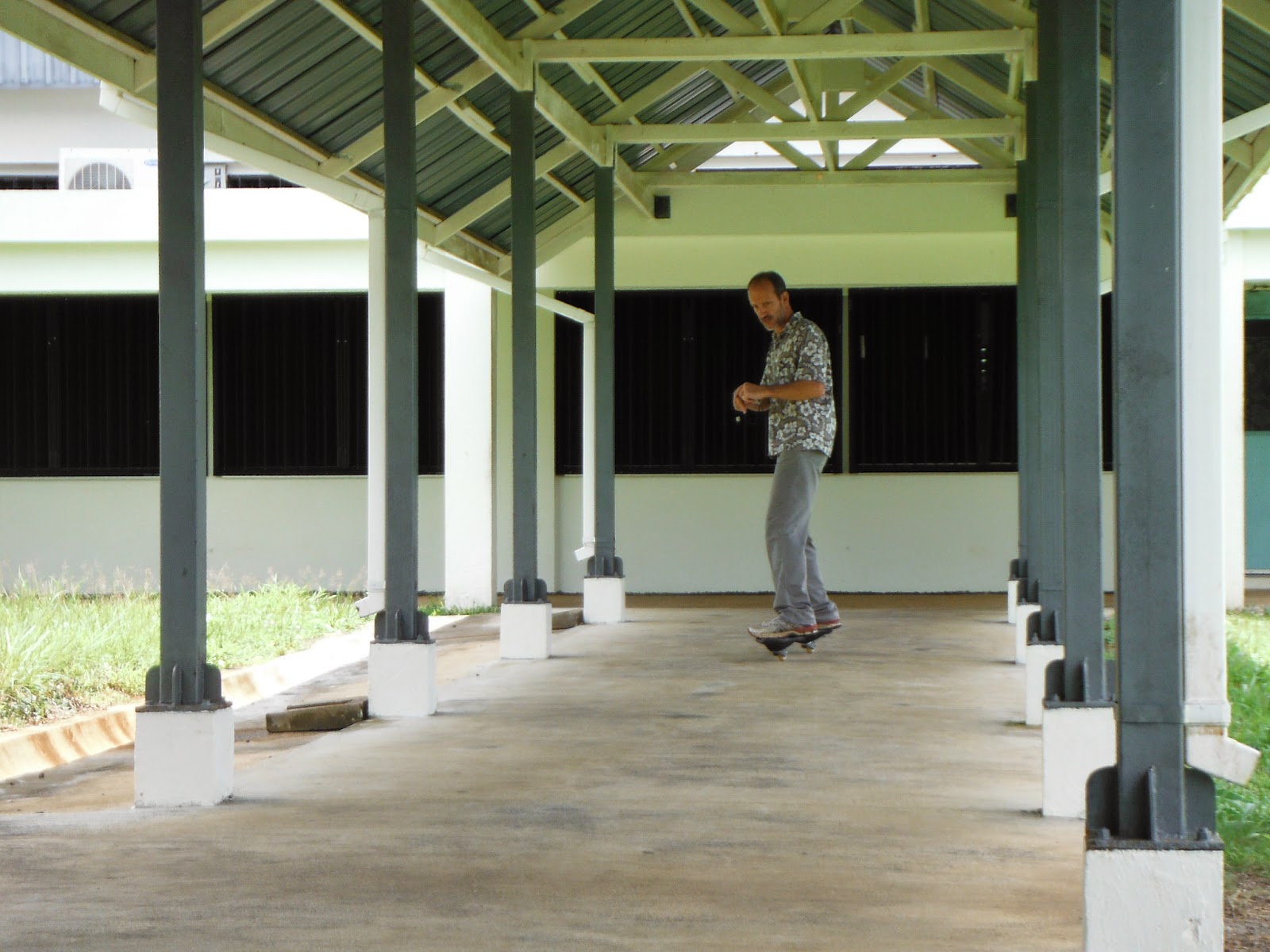 Just past the turn around at an estimated 1050 centimeters.