July 01, 2012
Section 081 of Physical Science began with measurement of the relative humidity. Room temperature was 28.5° Celsius with a wet bulb temperature of 26° Celsius. This puts the relative humidity at 82.4%, although the tables used in class produced a result of 84%. This generates a heat index of 34°C. Again, table values were slightly higher.

On Pohnpei the lower altitude central mountains and small island size actually lead to increased rainfall on the leeward side of the island. Hence Pehleng and Palikir typically receive more rain that Kolonia. 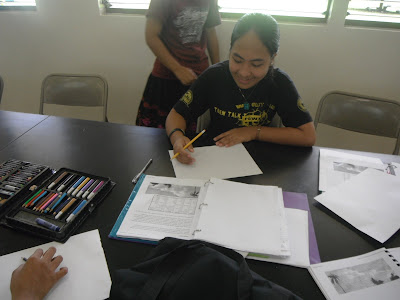 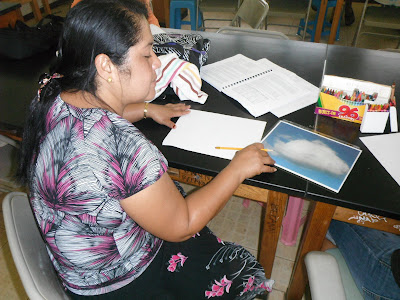 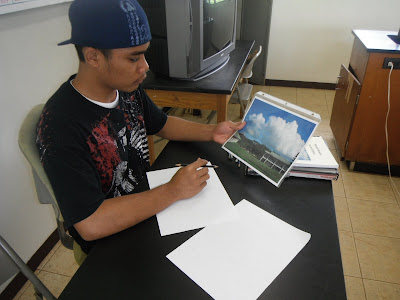 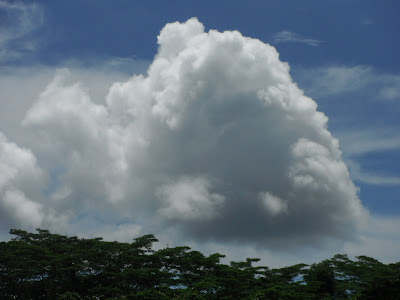 A building cumulus cloud in Palikir on lab day.

Cloud types on the board. 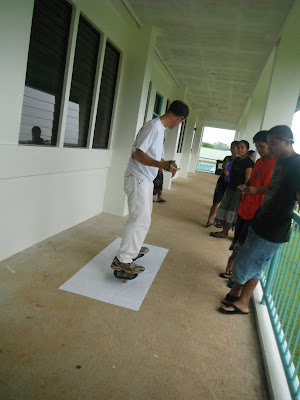 Waves were introduced on Wednesday using a RipStik ridden across two pieces of poster paper. This term I used the second floor, placing the paper down by room A203 near the west end of the balcony and then riding in from the east end of the balcony. This provided more time to stabilize my swizzle and straighten out my path. The day before a short run-in to the paper in MS 101 Algebra and Trigonometry led to a curved path that warped the sine wave beyond recognition.

Timing is being done using a stop watch in my right hand. 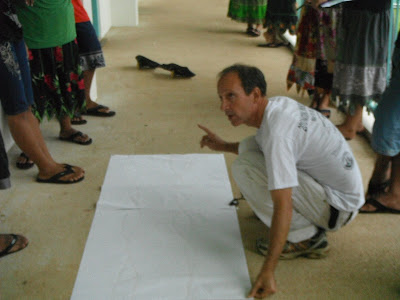 Noting the shape left behind by the wheels. My weight causes the cement to imprint into the paper my path. 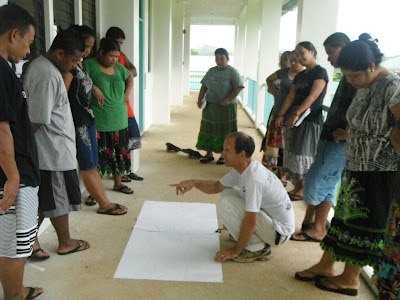 After mounting the paper on the board, I traced on of the two runs with a marker. The path provides a way to introduce both terminology and measurements. On the paper above are three wavelengths spanning 166 cm in 1.22 seconds. The second wave is actually about 59 cm long with an amplitude of about 2 to 3 cm.

In the afternoon the students measured the speed of sound using clapping synchronized with echoes. 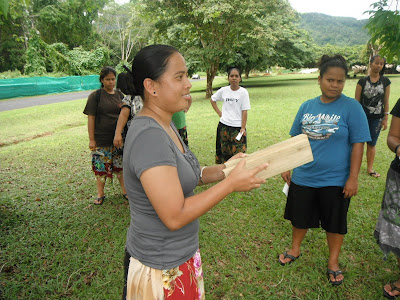 Isinta Rappa claps the boards to produce echoes while Melyda counts the claps. 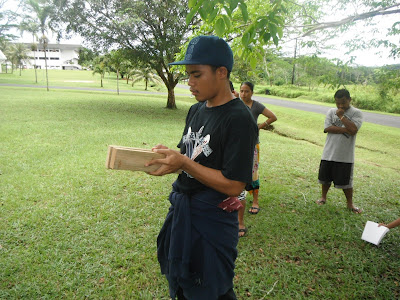 Arthy Welly tries his hand at synchronizing to the echoes. 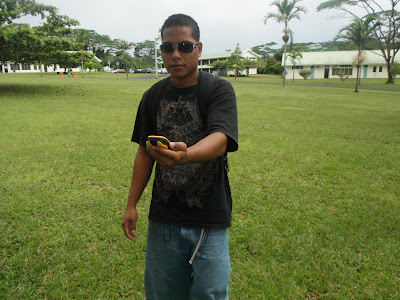 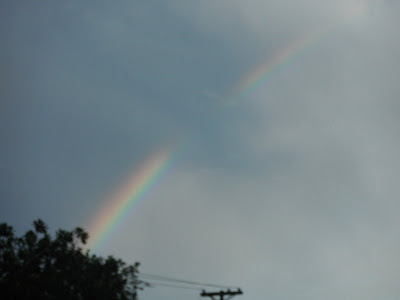 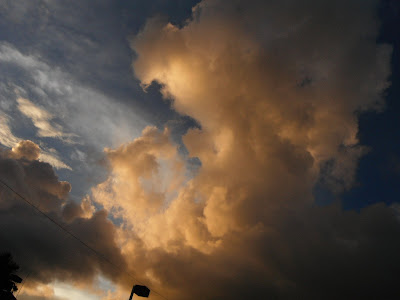 Sunset clouds at the airport. 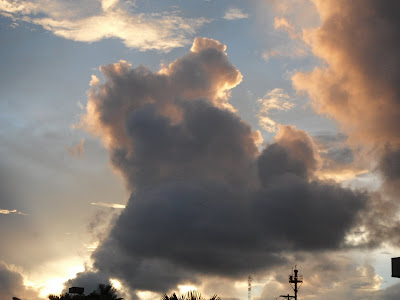