December 10, 2018
In January 2018 the College of Micronesia-FSM adopted Schoology Institutional. This is a follow-on report to a spring 2018 survey of students on the use of Schoology in their classes. A convenience sample of 62 students in two sections of statistics and a single section of physical science at the national campus answered a survey on Schoology usage in their classes. The students were asked how many classes they had and in how many classes was Schoology being used. Note that all students were using Schoology in at least a single course as both of the courses surveyed utilize Schoology. 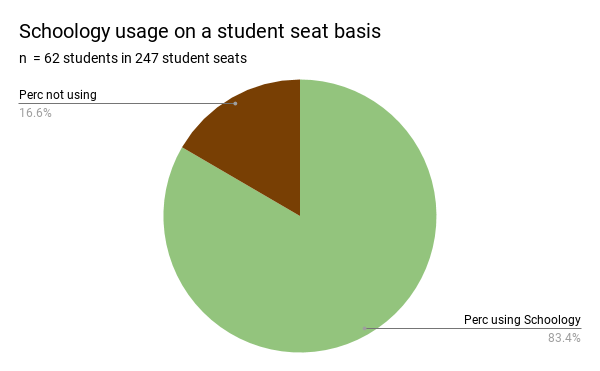 83.4% of the student seats were in courses using Schoology. This suggests that five of six sections are using Schoology, statistically equivalent to the usage rate estimated in the spring term of 2018.

Of the 206 students seats in courses using Schoology, the students report the following uses. 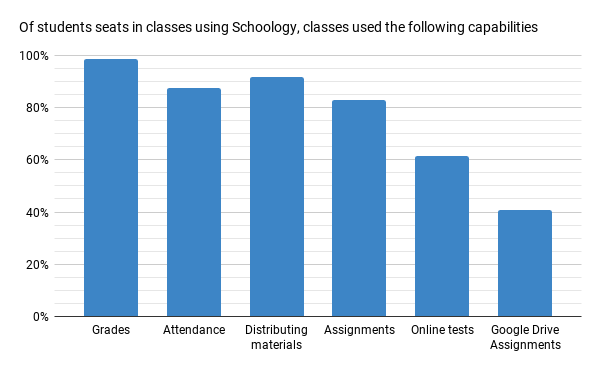 Capabilities being used in Schoology

Those faculty who are using Schoology are using a broad range of capabilities found in the learning management system platform. Faculty who have adopted Schoology in their courses have moved beyond using the platform as only a grade and attendance book.

As part of the roll out, no training of the students was either planned for nor occurred. Experience with Schoology suggested that the students would, by and large, adapt to using the platform with only minimal guidance. Schoology has a screen layout that is not dissimilar to those found in major social media platforms including the location of messages and notifications. This presumption that held true in spring 2018 continued to hold true in fall 2018. Student reactions to Schoology were overwhelmingly positive.

Students were asked why they liked using Schoology. The question was an open ended question that left the response up to the student. 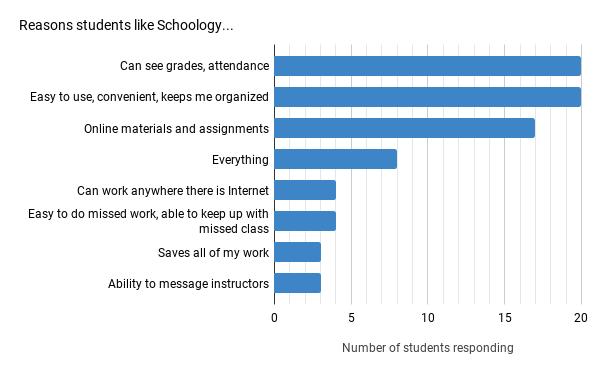 Almost a third of the students commented that Schoology was easy to use and fast, convenient, and helped them stay organized.

The third ranking comment category was that students like the availability of materials distributed through Schoology and assignments made in Schoology.

A number of students simply responded that they liked "everything" about Schoology.

Students also appreciated being able to work from anywhere and to message their instructors on the platform.

When asked what they did not like about Schoology, 45 students (73%) responded "nothing" or "none."  Other comments in this section included (as written):


Bearing in mind that the ability to check grades and attendance was a top mentioned reason for liking Schoology, there should be no surprise that students want all faculty to use Schoology and they want their grades updated in a timely manner.

Given that the students want to see Schoology used in all of their classes, the lack of improvement in the term-on-term share of student seats in courses using Schoology is a matter of concern. One section in six is not using Schoology, and this has remained essentially constant.

I am also aware of faculty who simply refuse to use Schoology. At this point I would include in that category those who say that they will use Schoology "next term" as they are now in a second term of saying "next term." I have no leverage in such situations nor would I want such leverage.
assessment Schoology tech