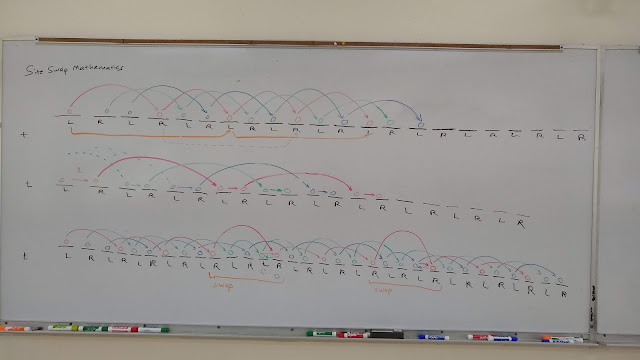 I left blanks on the right side and had the students tell me what went in each blank. The students were able to answer these questions based on the pattern already set up on the board. Note that I included the orange 3R lines to indicate that the pattern of threes also existed R to R. I had not yet tipped my hand, so to speak, that L and R were left and right.

I asked each student if they understood, in each class some nodded or agreed that they understood. Some of the student chose to remain silent, but I could not coax from them that they lacked understanding. 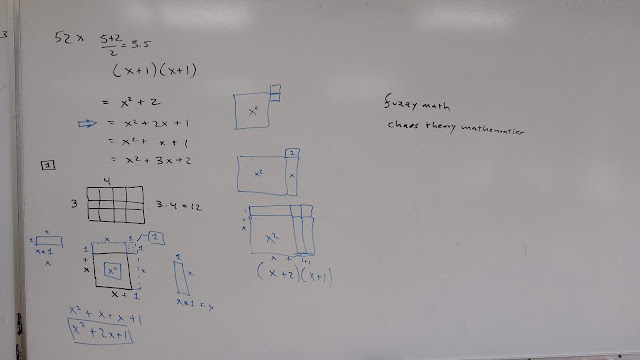 
I then digressed into asking for the expansion of (x + 1)(x +1). In both classes a variety of solutions were suggested by the students. In the morning section the class could not agree on which of the solutions was correct, with most students leaning towards x² +3x+2. The afternoon class eventually let themselves be swayed by a couple students who insisted the answer was x² +2x +1. 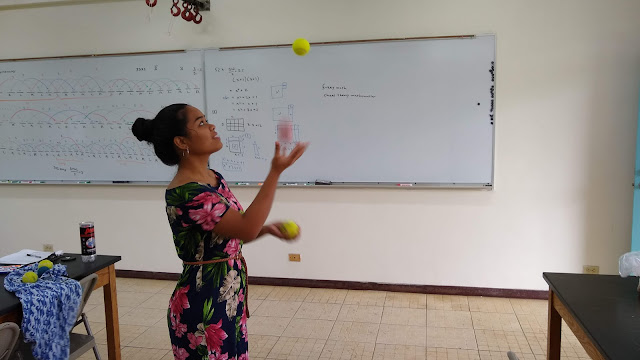 I asked the class what this means, this x² + 2x +1, but the class was non-responsive. I then showed that if a square piece of land has a side length of x and the side lengths are increased by one, then the new property is x² + 2x +1 in area. I did this graphically. This term I learned that only a couple students in each section could recall having seen this areal explanation for x² + 2x +1. 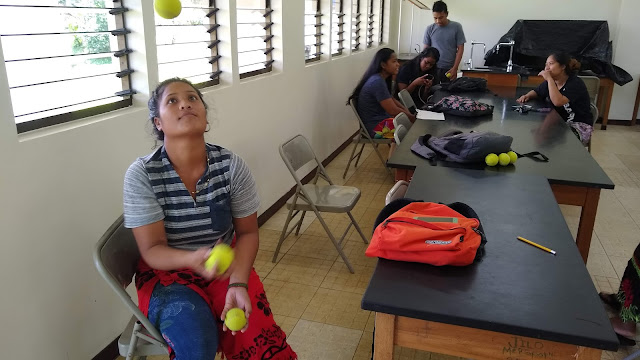 I asserted that the students no more understood algebra than they did the strange site swap patterns on the board. Some students could answer questions correctly about the site swap diagram, I could assess them and measure their learning, I could show they met a student learning outcome. And yet they would have no real understanding of site swap diagrams. Or algebra for that matter. 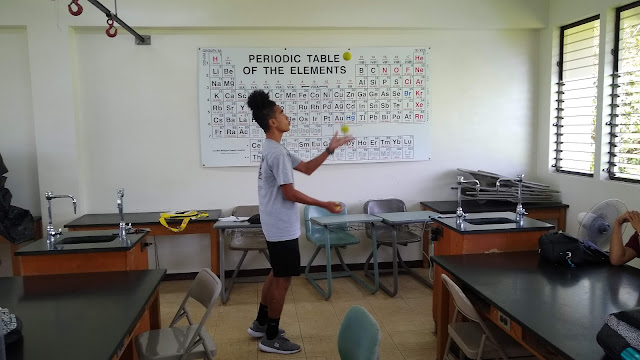 I noted this was just abstract symbols on a board being manipulated. I pointed out that both symbolic manipulations on the board, the site swap pattern and the algebraic scratching were meaningless. Of no particular use, and of especially no use to those not in science, technology, mathematics, or engineering. That the next time the students would see a quadratic equation was when their high school aged children had trouble on their algebra homework. 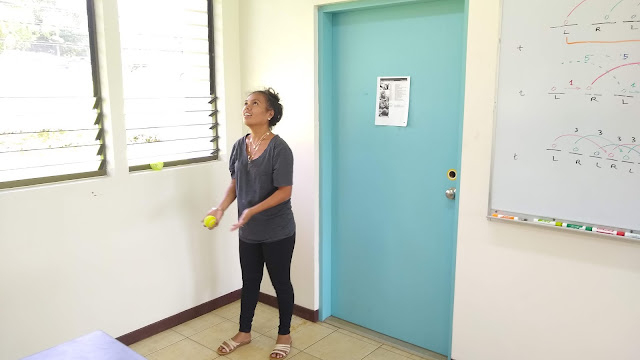 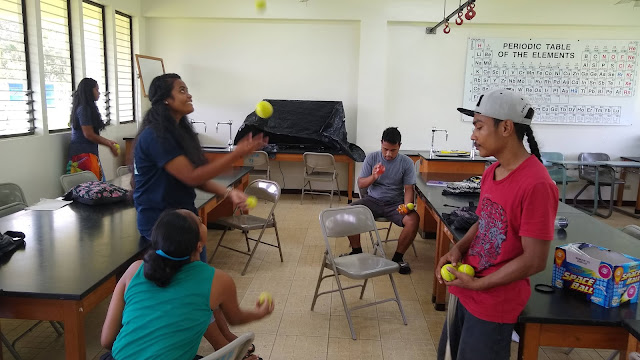 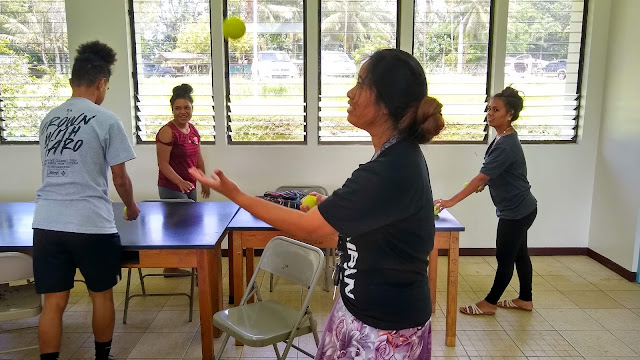 Darlene juggling, George, Patricia, and Vivian in the background

We had used mathematics, but only in the context of a specific physical system. One equation at a time. Not thirty problems, odd numbers only, bereft of context. And, no, we had not "solved" any equations. This is an outgrowth of renaissance Italian competitions where two mathematicians would make up lists of math problems, trade problem lists, and in the village square see who could solve the other mathematician's problems correctly. Whomever solved the greater number correctly, won. The crowd undoubtedly placed bets. These problem lists were intentionally designed to play to "tricks" and special techniques that the one mathematician hoped the other mathematician would not know. 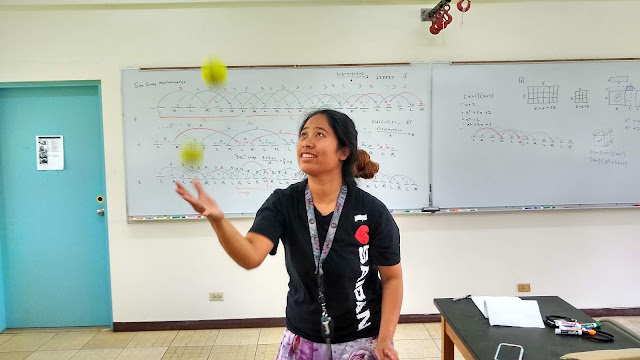 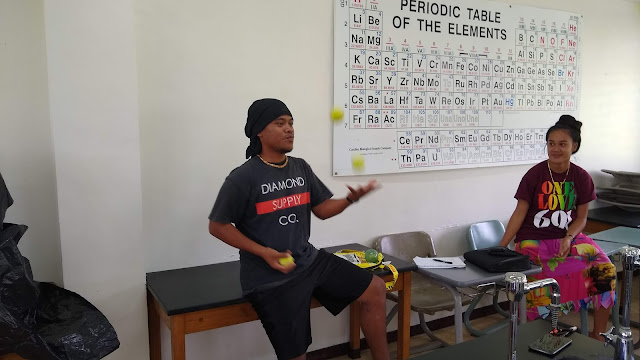 
If my students have enjoyed physical science, if they have glimpsed the uses of mathematics in context, if they now see science as a process of examining data and drawing conclusions based on mathematical analysis of that data, then I have indeed succeeded. None of my students are science majors, thus my best hope is to kindle a fire of interest and understanding of mathematics and science.
physci