April 11, 2019
Fall 2018 I had experimented with yet another new approach to fruit morphology - an approach centered on identifying the fruit types in fruit cocktail. That had gone well enough that I wanted to duplicate the approach this term. 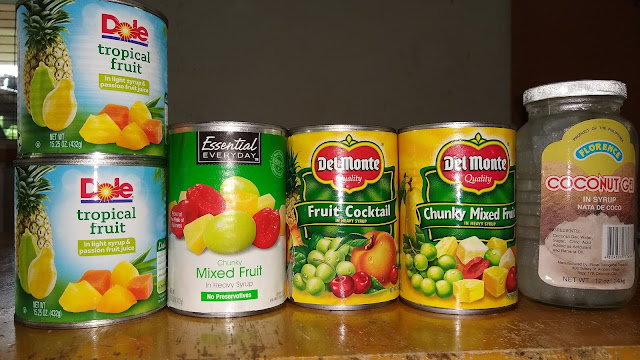 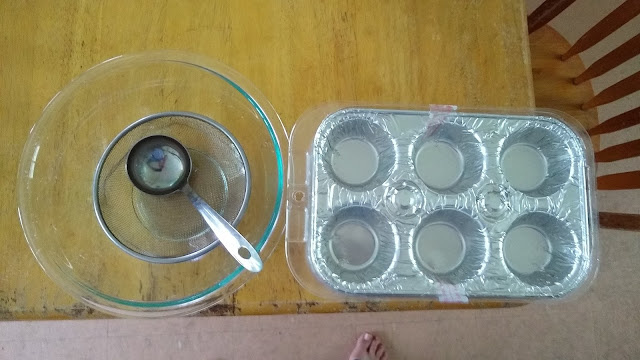 From AoneMart I also picked up foil cupcake baking pans. Last term I had serendipitously discovered that this automatically generated groups to work on identifying the fruit. Last term I also picked up toothpicks. This term there were toothpicks in the house, but I forgot to bring them with me to class. All of the cans had pop-top opening, so no can opener was needed at school this term. I pre-refrigerated the fruit cocktail. I brought a strainer for the coco de nata, a large glass bowl, and a ladle. 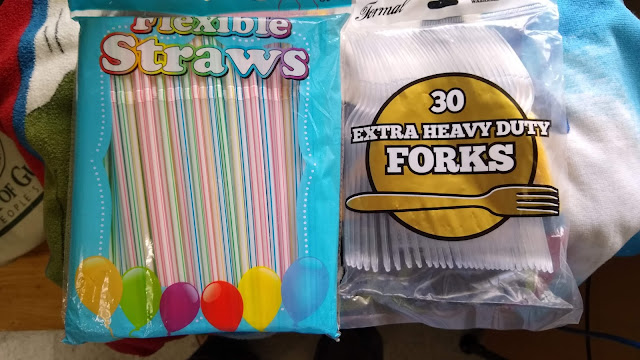 At school I realized I had no toothpicks, and the store in Paies had none either. I was forced to use single use disposable plastic. I was not sure which would be more useful, so I bought straws and forks both. I thought the straws might be usable as substitute toothpicks. I thought wrong. 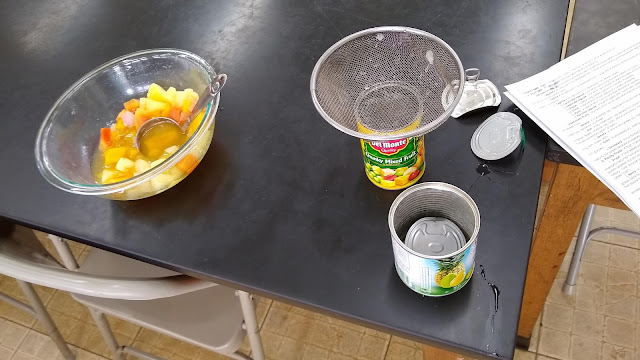 For the 19 of 24 students who attended class I only needed the Dole and Del Monte cans. The Essential fruit cocktail was set aside. I also used the bottle of nata de coco. This proved sufficient for the 19 students. I had five cupcake trays and went ahead and used all five as the students had formed groups of roughly four. 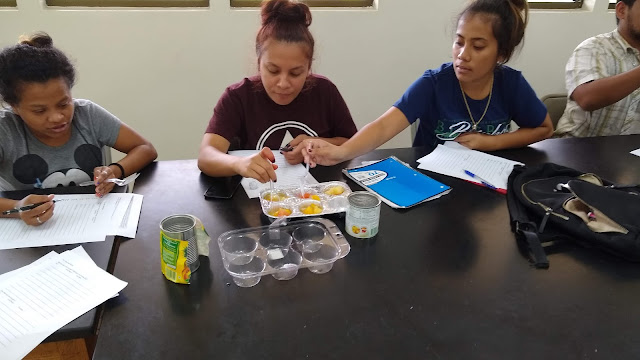 I opted to leave the labels on this term. Perhaps this generated less conversation surrounding "What is this?" perhaps not. In general the students seemed to ignore the cans and try to work out what fruit was which without reference to the labels. 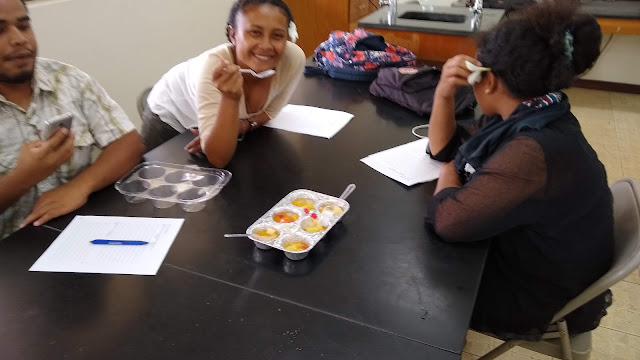 The students worked from a key on a worksheet. In retrospect I would not conclude that the process as engaged in led to fruit type learning. Perhaps only fruit type exposure was achieved. 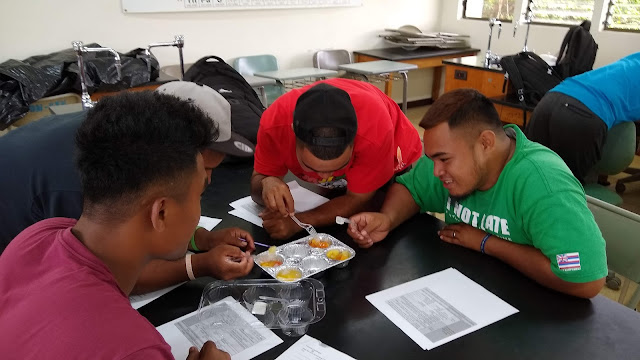 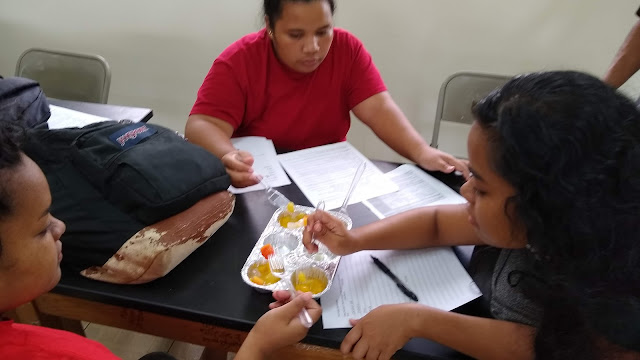 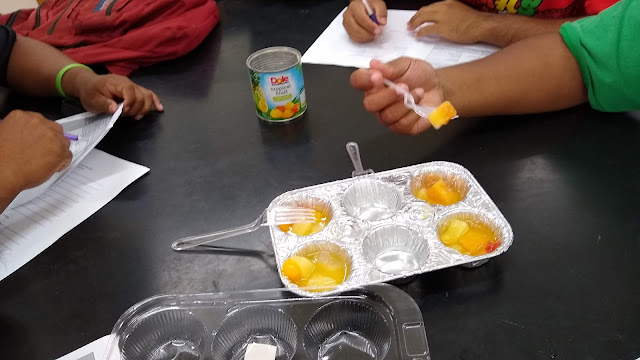 The label was left on, yet even with the label the students were uncertain about two of the fruits which turned out to be red and yellow papaya. The yellow papaya was the more perplexing. 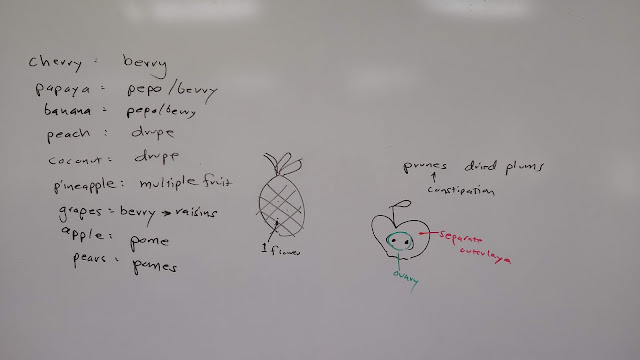 I think that perhaps the way to pull the end of this exercise together might be to wrap up with a brief fruit type quiz. I should note that I also used the first almost half hour of class to cover iNaturalist I was seeing among student identifications. This structure of iNaturalist on Thursday, then fruit types on Tuesday, and a return to iNaturalist on Thursday was useful - I was able to correct a number of errors students were making inside iNaturalist.
ethnobotany