Linear regressions in statistics: velocity and swizzle rates for a RipStik

February 13, 2019
Chapter four in the text is launched by a 30 meter RipStik run at a constant velocity. I use the data to demonstrate setting up the data in Google Sheets, making an xy scattergraph, and entering the slope and intercept function. 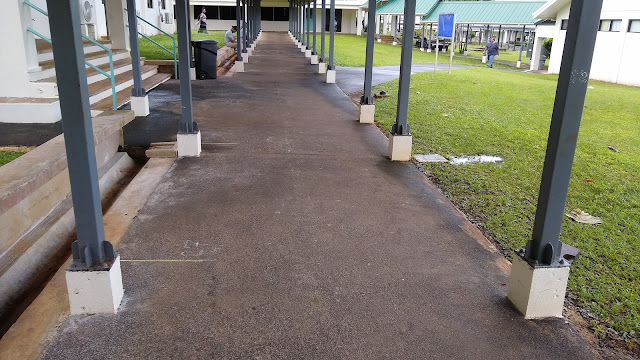 The RipStik track marked off at three meter distances

The data gathered on Monday:

This term I rather deliberately aimed for a slower speed in the past focusing on as steady a speed as I could gauge while riding the RipStik. 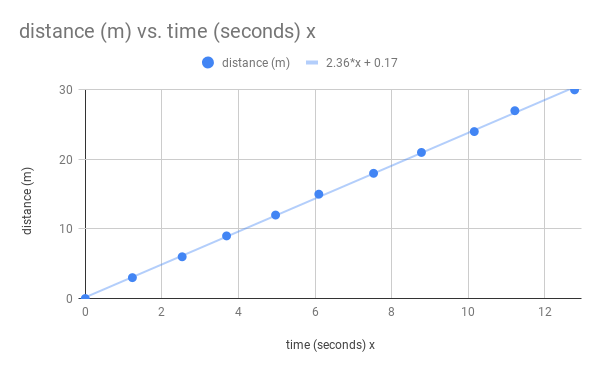 Each term the specific appearance and layout of the chart editor in Google Sheets changes. Keeping the text updated to the current look and layout has not been possible. 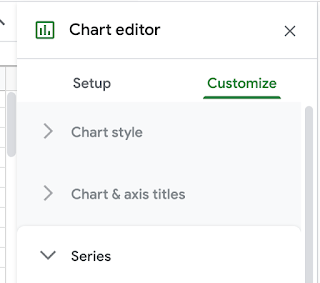 Wednesday I produced a less linear scatterplot by plotting swizzle rate versus speed. This term I shortened the swizzle deck from 1000 cm to 800 cm. Note that the distance data is in centimeters, this shift is intentional as the slope is less than one in meters per second per Hertz.

Data from the 9:00 section provides some insight into the sort of data gathered:

Gathering data requires time, and in each section I only obtain about four to five runs each at a different swizzle rate. I use this to demonstrate in part that small sample sizes are potentially problematic: it is hard to see the pattern for a small sample size.

I then add the section data to a larger multiterm data set gathered over multiple terms and plot the larger data set. 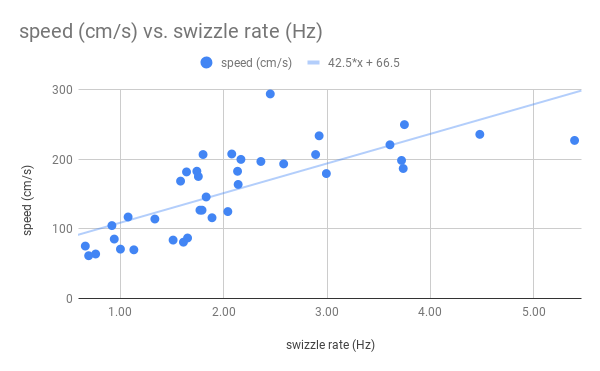 This data then provides a foundation for introducing the concept of how well correlated the data is to a linear regression, the Karl Pearson Product-Moment Correlation Coefficient r. The swizzle data has a correlation coefficient of r = 0.76. 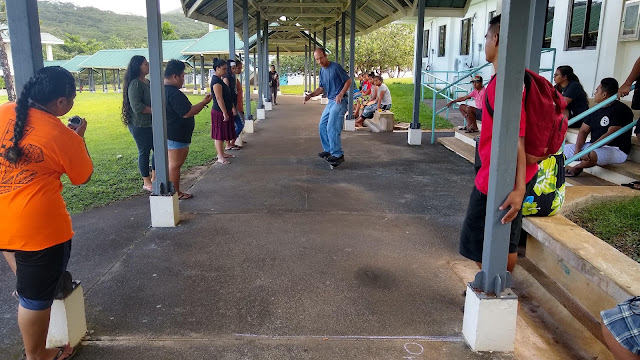 My gut sense from riding the board is that the amplitude is strongly confounding factor. As the swizzle rate increases, the amplitude that one can achieve decreases. Forward force is only generated when the wheel is not aligned with the direction of the board, increased amplitude provides increased time and distance over which the propulsive force can act and generates more speed. So while a low swizzle rate produces a slower speed, at some point the high frequency couples with a very small amplitude and speeds fall off at the higher end.

Thus a linear regression does not make sense. A logarithmic regression fits better, but the behavior suggests increasing speed with swizzle rate, just at a decreasing rate.

There is also the open question of what a zero swizzle rate might mean. At zero hertz one might be inclined to surmise that the velocity is zero. But I cannot stand on a zero speed RipStik. I need about 80 cm/s to stay up on the board. Note that by Newton's first law, I can theoretically hold a constant 80 cm/s without swizzling. If one takes there to be a floor and a cap to this system, then one is left playing with logistic systems.

Desmos can run a logistic fit for us. 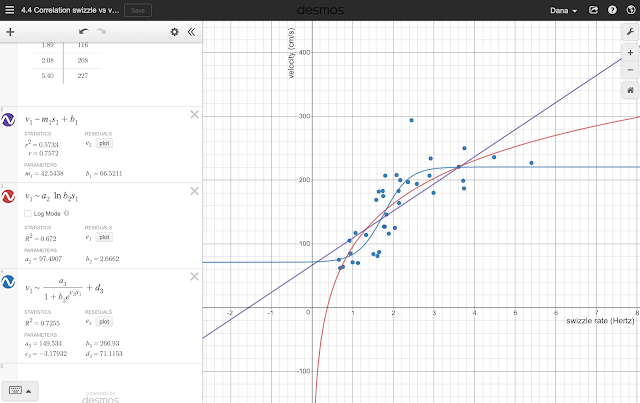 The value of the correlation coefficient is higher for a logarithmic than a linear, and higher still for the logistic which suggests a bare minimum speed of 71 cm/s. Of course the reality out beyond 6 Hertz is unknowable: I simply cannot swizzle that fast.

Still, this demonstration provides a jumping off point for discussing r in relation to linear regressions, I do not go beyond linear with the class, nor does this course use Desmos.
statistics