Newton's laws and the force of friction

June 07, 2018
With some trepidation I mounted my RipStik on the wood decking of the Force Ten building at Kosrae campus, ready as I could steel myself for what would surely be a sudden dismount. 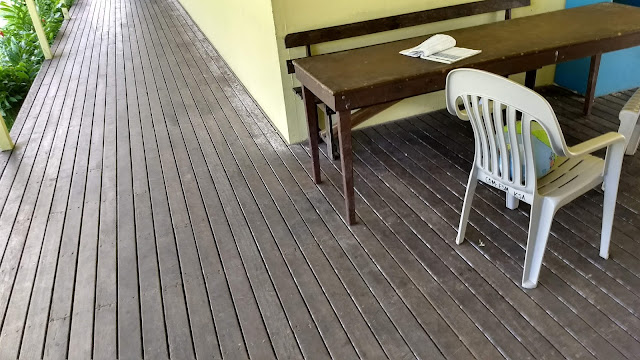 To my wonder and surprise, the board behaved. The grooves were just small enough not to affect the ride, even when riding with the grooves. On the contrary to being a nightmare to ride on, the planks tickety-tocked like train wheels on a train track. The result was more fun than one can have riding on sidewalk. And thus the Newton's Laws "PowerPoint" went forward on the Kosrae campus porch. 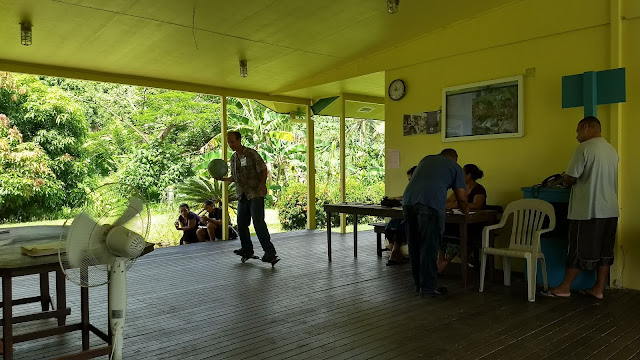 The above was shot post-presentation, the students on the right are copying some of the "slides" into their notes. The shot was just a photo op shot for the blog. The RipStik and ball permit me to demonstrate Newton's Laws. I even found a sturdy wall to collide with to use as an external force. 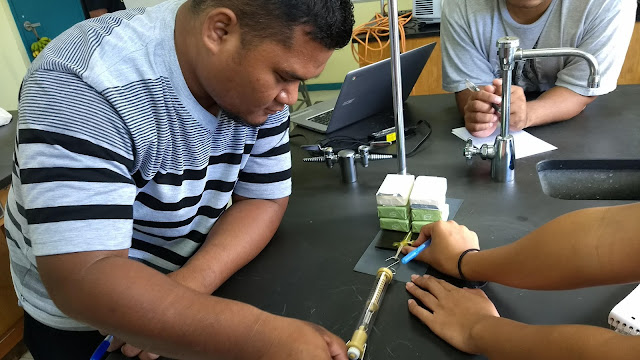 In the afternoon a slightly modified laboratory five was conducted on the nature of the force of friction and the relationship to weight. The modification was that soap was used in lieu of weights. The soap bars were all very close to 90 grams, so they acted as 90 gram weights. I brought the soap, sleds, and spring scales from Pohnpei. By adding soap to the sled, the weight could be increased. 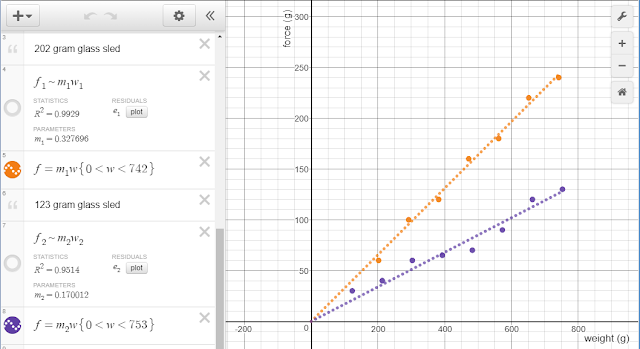 A couple of different sleds and the data that they produced. The laboratory went well and led to generation of graphs and analysis in Desmos. Work was checked in class. I also provided ongoing follow-up assistance to students on laboratories one and three which are full reports submitted via Schoology. At this point nineteen of the now twenty-one students are able to get reports submitted via Google Drive Assignments in Schoology and are submitting reports. I am working with the remaining two students on this aspect of the course. Given the severe bandwidth limitations here, this is a real success story for Schoology and Google Drive Assignments on this island.
physci