June 12, 2018
Week three of the summer session began with a curricular change. In response to broadly weak performance on test one, Monday would be devoted to going over test one and then using a modified summer 2016 test one and two worksheet to spend the rest of the period working similar problems.

This seemed to be beneficial as the session went on for two and half hours. On Tuesday morning I was able to run the YouTube play list on temperature and heat that I have used in Pohnpei. 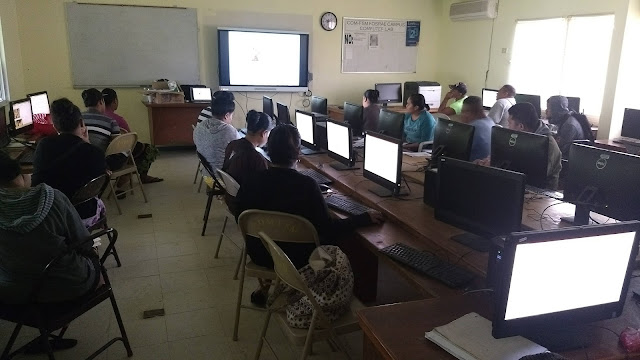 That this list played was no small miracle in the bandwidth limited world of Kosrae. 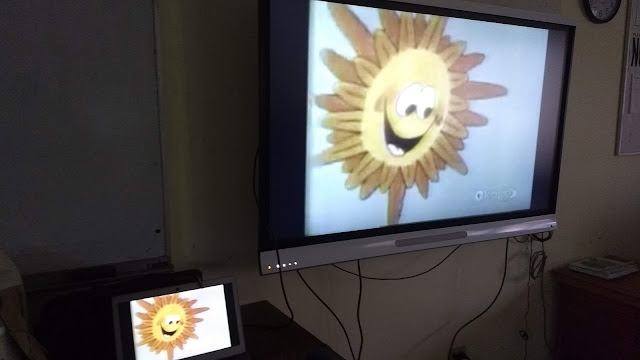 That the YouTube play list was being streamed across the WiFi and not the hard wired network is all the more amazing. The ChromeBook is a capable device, but the antenna and signal strength are not the machine's strong points. That everything went right was something I did not take for granted.

After the video I covered some of the basic temperatures in the Celsius system - a system unfamiliar to my students. Those who know any temperatures know them in Fahrenheit, not Celsius. 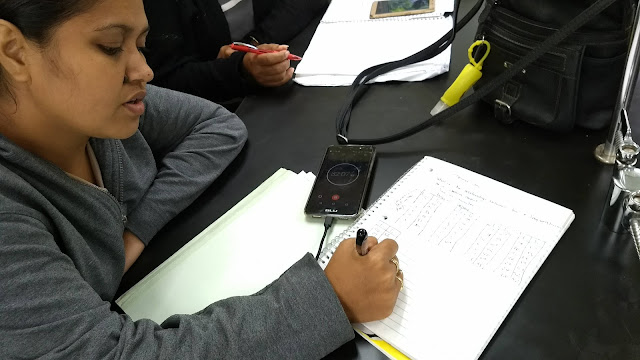 The Newton's cooling curve law laboratory which was only recently developed and deployed was ideal for Kosrae. I picked up a cheap hot plate and a kettle to provide the hot water, and brought the thermometers from Pohnpei. Before we started I had the students predict the behavior of temperature with respect to time. The guess was a linear decay in temperature with time.

Without stopwatches on hand, timing was done by volunteers using the stopwatch built into their smartphones. 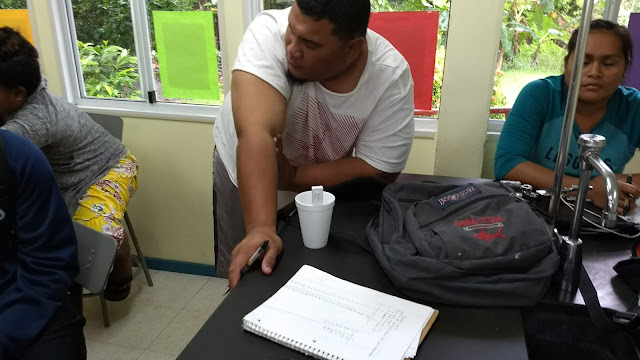 The students timed and recorded the cooling water, cooling data was also entered into Desmos. 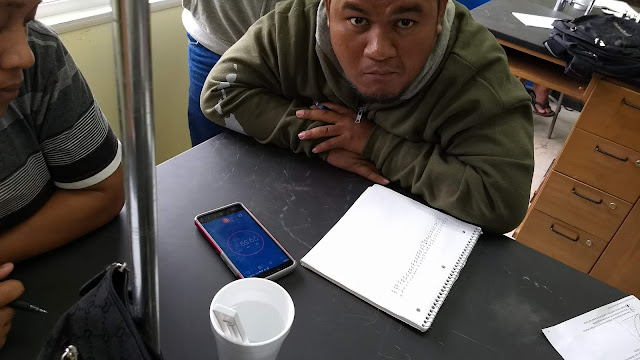 By 60 minutes the data was clearly non-linear. The class moved into the computer laboratory - a blessing that the laboratory is available to us throughout the lecture and lab periods - to analyze the data. Due to the math 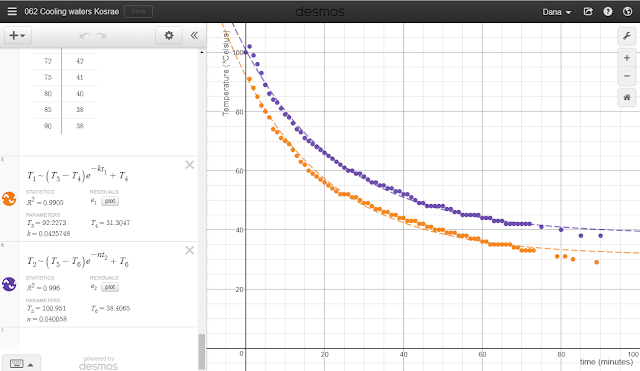