February 08, 2018
Fourth week began with a fifth day of wrapping up acceleration on Monday. Thus Wednesday was the first contact with height versus velocity. 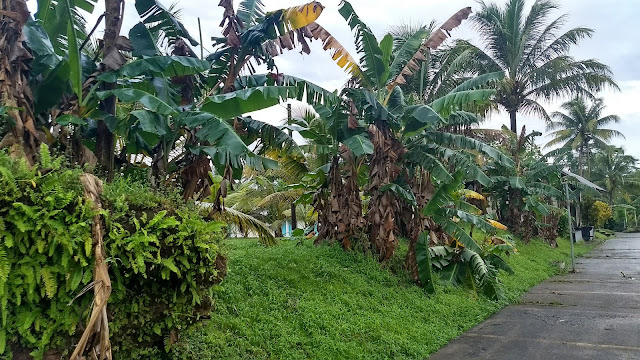 Strong winds on Monday had shredded many of the banana leaf marble ramps. 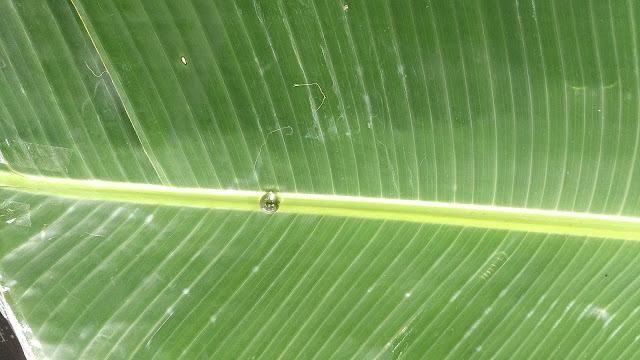 The larger marbles were jamming in the tight slot of the too young banana leaf. I had to use the smaller marble, but this may have contributed to a more problematic graph. There was a lot of visual linearity. 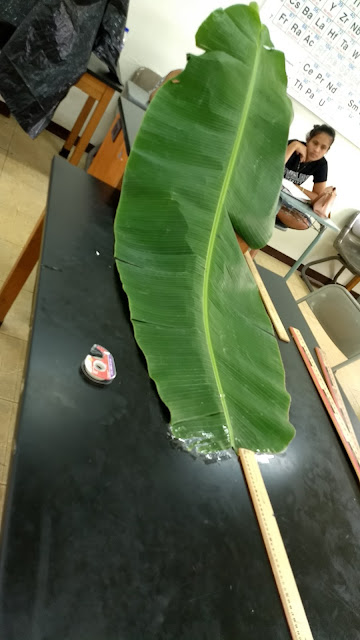 I think too that the decision to keep shifting the timing trap distance, 50, 100, then 150 cm, to reduce loss of velocity on the table, contributed its own problems. Note the last two data points: identical speeds out of the trap. My gut sense is that one has to run with a constant trap length despite the issues attendant with low speeds from low heights. 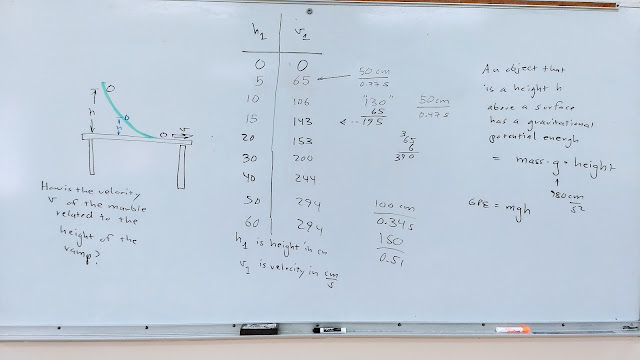 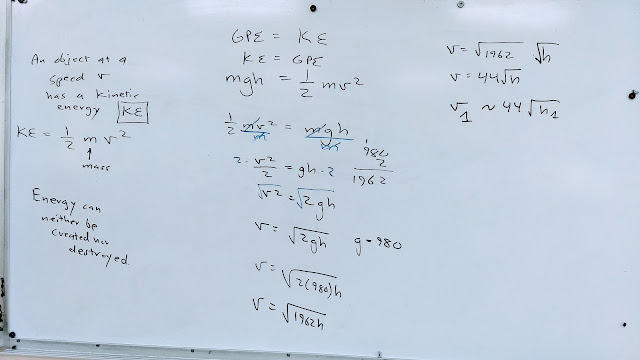 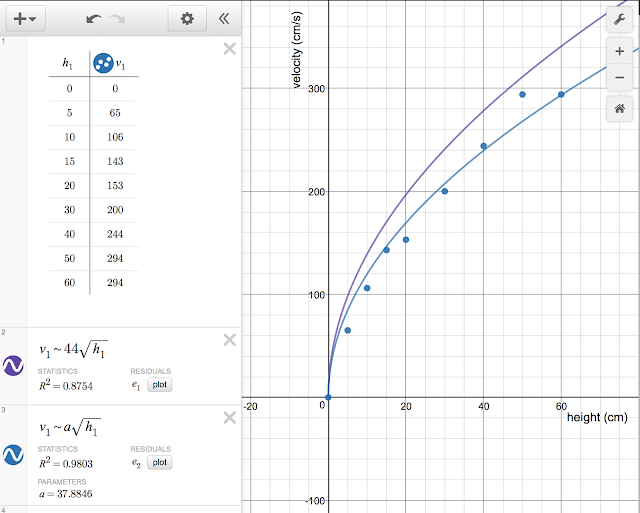 In class I forgot to let the coefficient float, so I had only the "44" line showing. I was left with a hand waving argument that friction was reducing the expected ball speeds, which it was, along with energy loss to rotational kinetic energy. With RKE on board the coefficient drops to 37, so this data is not as bad as it might first appear. Still, the smoothness of the curve is not there. Drop the first and last point and you can argue for a linear relationship.

Perhaps returning to graphing the data on the board would be useful - at least until the WiFi capacity of A101 returns. 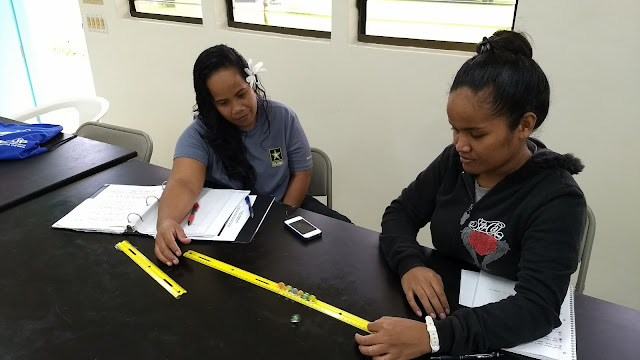 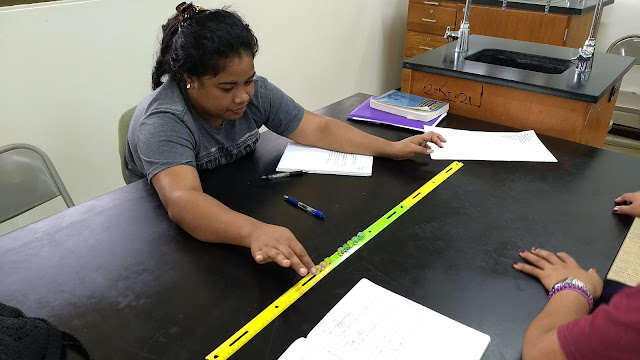 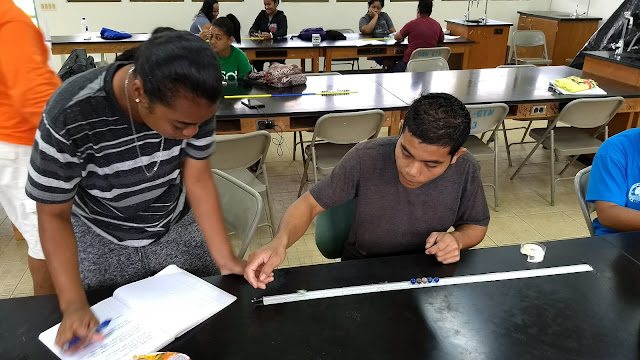 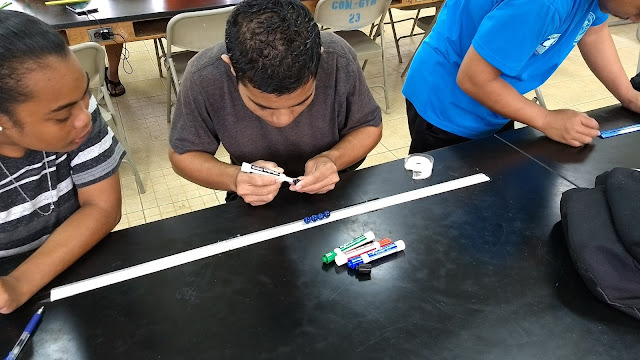 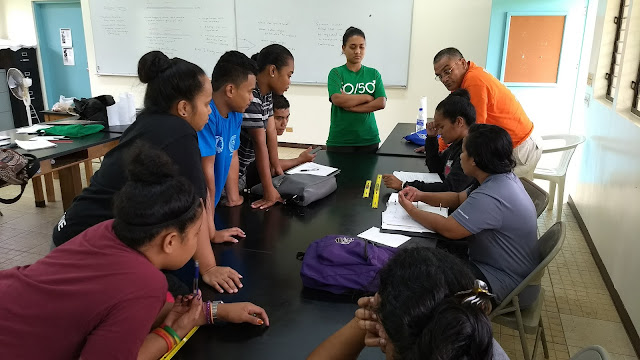 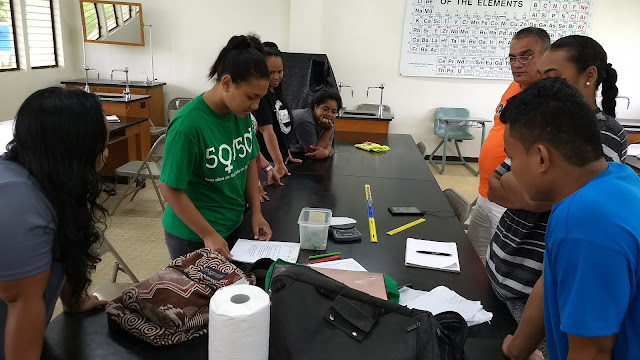 Gregorlyn describes the data she and Benter gathered 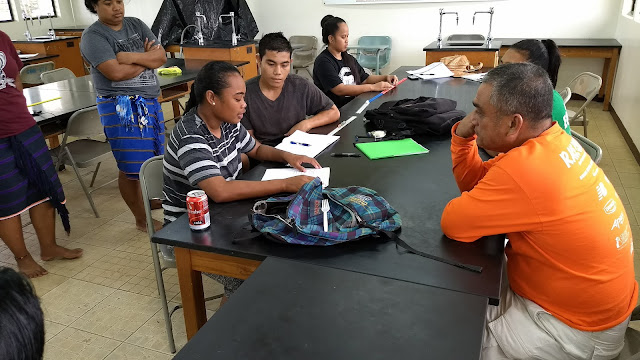 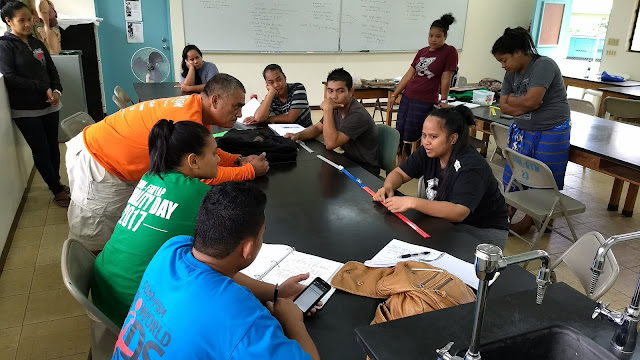 Suzanne describes her work with Jaynard 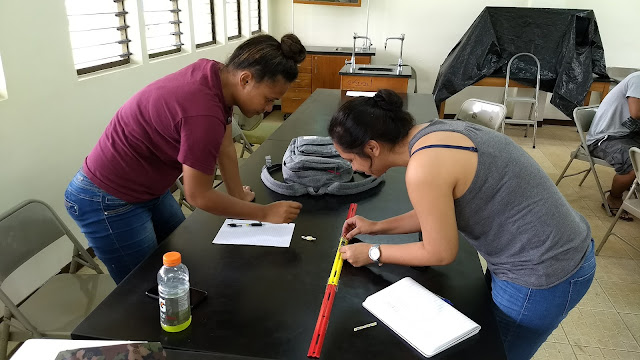 Flora and Claire setup their track 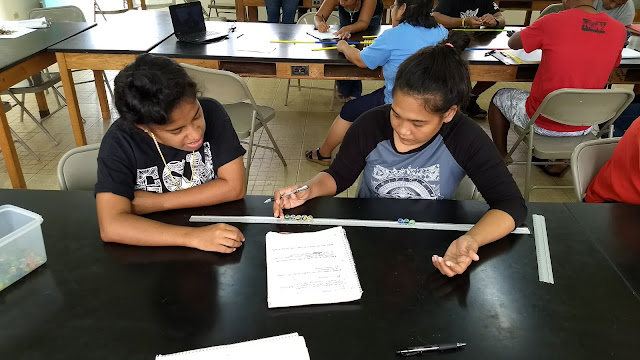 Crystal and Lefreeancy experiment with five marbles into three stationary 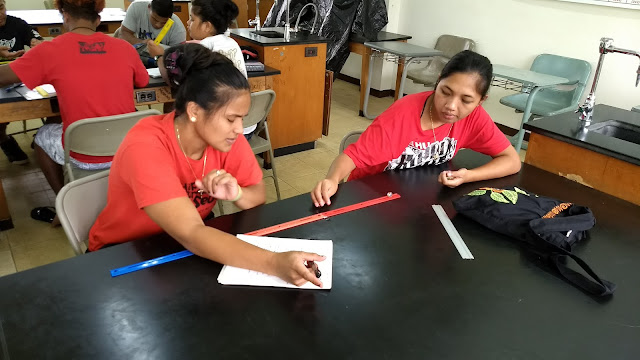 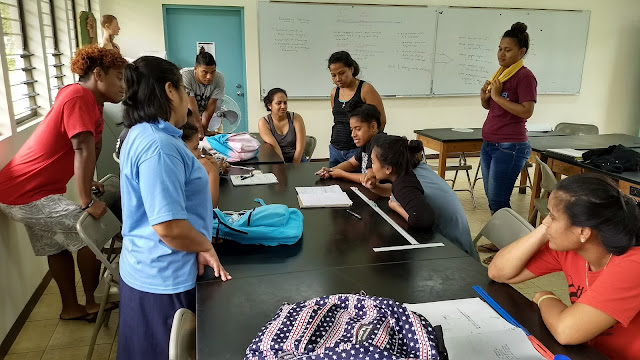 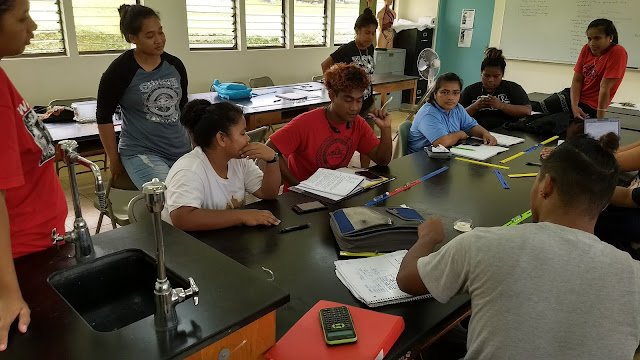 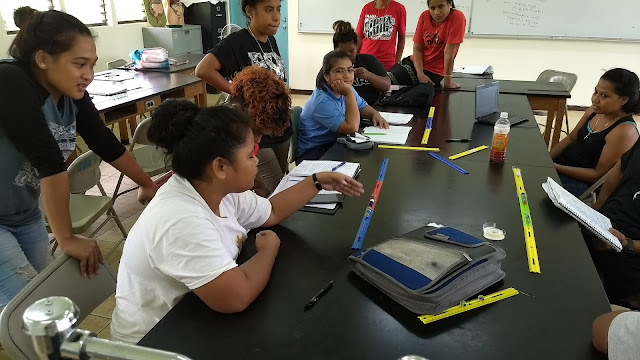 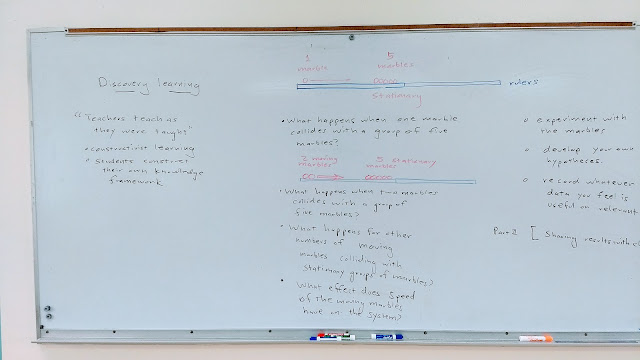 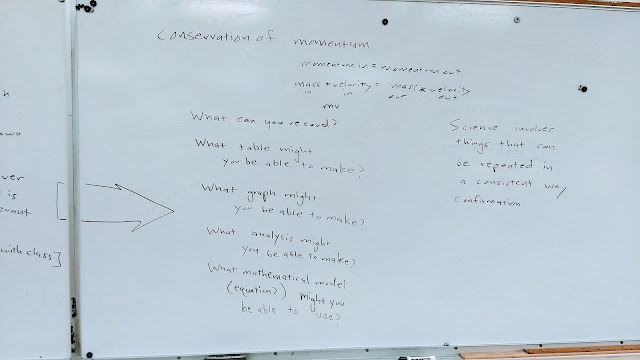 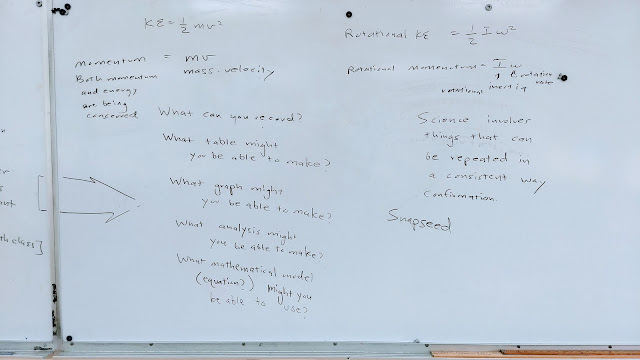 Small board changes in the wrap up as some groups found that for more than five inbound marbles, all go outbound. Rotational momentum plays an increasing role for increasing numbers of marbles.
physci