September 13, 2017
I modified the RipStik trendline this term, taking advantage of there having been no test to cover from the prior Friday due to presentations. I took the class downstairs, instead of using the porch, and laid out a 30 meter run. Early in the morning I pre-marked six meter distances for 30 meters. I gave five students a timer and had each one time to a given distance: 6, 12, 18, 24, and 30 meters. This adds a small amount of variability while increasing student involvement in the activity. 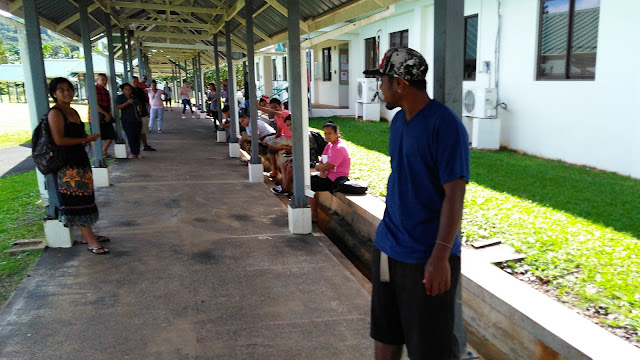 On my second run I snapped a photo as I rode. The six meter mark can be seen on the sidewalk, with Sandralynn timing that distance. 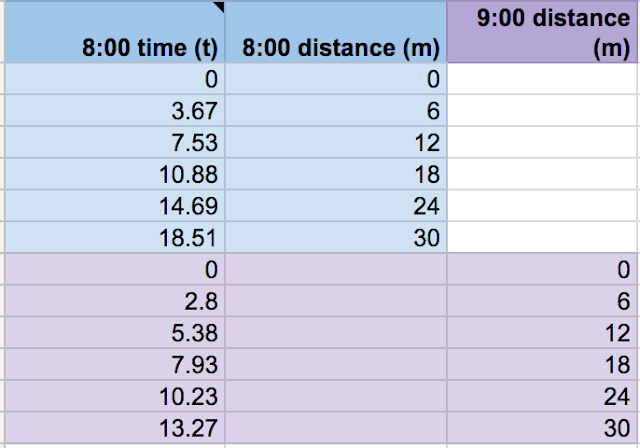 There were two sections, thus two sets of data 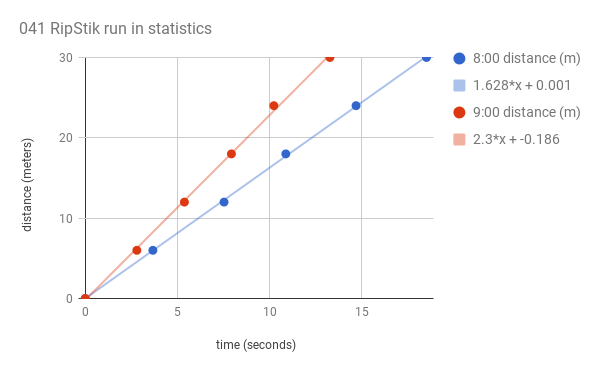 Google Sheets now has all of the capabilities of Excel in terms of xy scatter charts with trendlines and display of the equations. The Statistics add-in brings even more capabilities, although that add-in can no longer be found via a search of the add-ins.

The procedure of having five timers worked well and took the timing load off of me while increasing student stake in the demonstration.