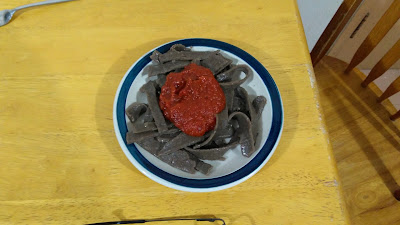 Previous experiments with unusual local flours had focused on dishes that I deemed to have a higher probability of success. Mei niwe breadfruit flour pancakes had a high probability of success and are not an unusual food here on the island. Pancakes and their fritter relatives are a popular at home favorite. 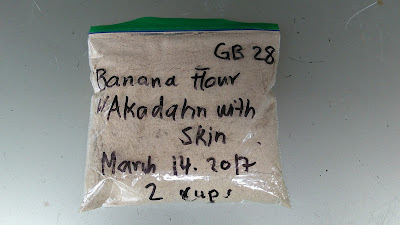 The Kosraean coconut biscuits made with utin ruk flour were also targeted at a popular local food. Both the pancakes and the biscuits were successful. 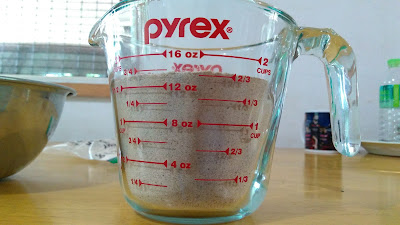 Iemwahn banana flour jiaozi potstickers were an attempt to push the boundaries and make something that others might not consider making. As far as I am aware, few here make potstickers with their own dough, usually buying wrappers from the store. I was both surprised and excited when the potstickers were delicious. 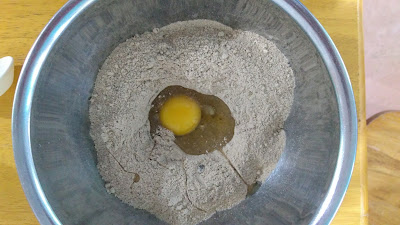 I knew I wanted to push the envelope until something failed. Once upon a long time ago I had a pasta machine. Tropical heat, humidity, and salt in the air had long ago led to loss of the machine. Still, I used to make pasta and I knew I wanted to try pasta with an exotic flour. 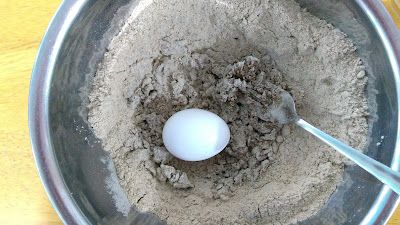 I chose to go with a very basic egg dough. As usual, there is no guidance out there for a flour such as this. Akadahn is an unusual banana, a member of the Red subgroup of the AAA group of bananas. The name appears to be derived from the lakatan bananas of the Philippines, but one source separates the lakatan bananas into a different subgroup from the red subgroup. 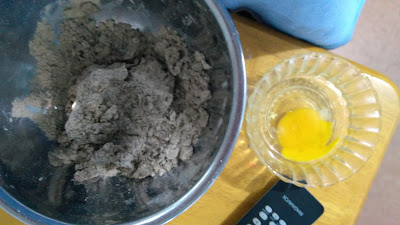 Tough call. Two eggs insufficient. Three could be too many. 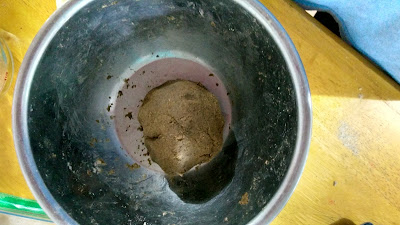 I knew I wanted a "wetter" dough to aid in rolling out the dough. A dry dough would most certainly fragment. One of the benefits of gluten is the elasticity gluten starch provides to wheat dough, allowing one to roll the dough out to incredible thinness. With a tacky dough I would have to use a flour to roll out the dough. I used a gluten free flour for this. 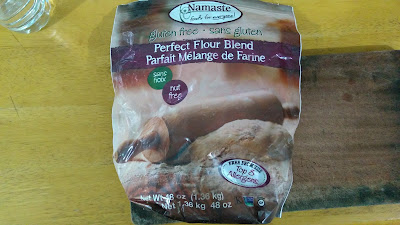 After letting the dough rest for thirty minutes, I rolled out the dough until edge cracking and break-up became apparent. 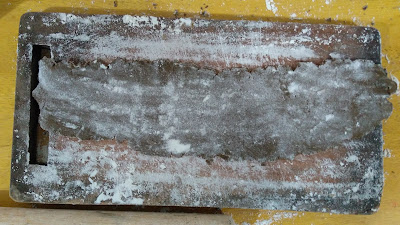 An initial roll out attempt.

I pulled a ball of dough from the main mass, formed the ball into a cylinder, and then rolled the dough unidirectionally to obtain a long, narrow sheet of dough. 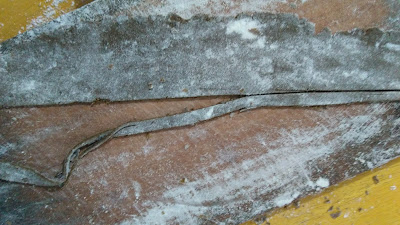 Hand slicing noodles is not a strength of mine. 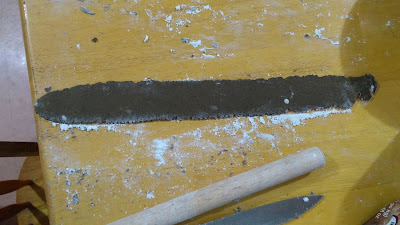 I moved to using the table for the second roll out, which went better than the cutting board. 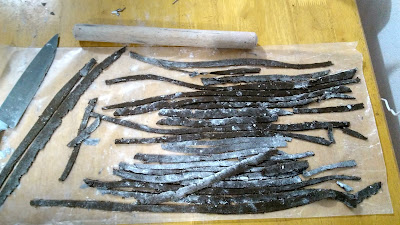 The result was not particularly pretty, but then the lack of a pasta machine meant that the "spaghetti" was going to be somewhat noodle-like and irregular. 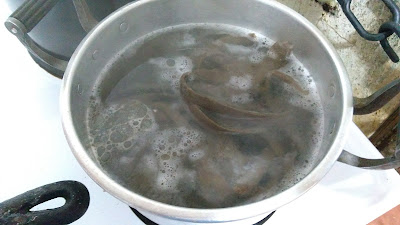 Perhaps a little known fact, but homemade spaghetti can be cooked immediately. Wheat based fresh spaghetti cooks in four to five minutes. I tried mine after four minutes, five minutes, then ten minutes, and finally let the noodles cook for 20 minutes. The noodles were only soft cooked inside after twenty minutes. That was a surprise. Fresh noodles never need that much time, but these did. 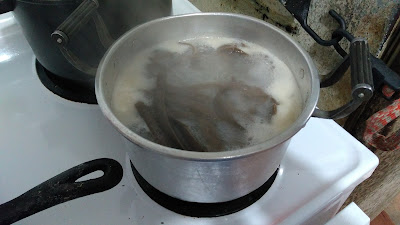 After draining the "spaghetti" was put on a plate. The spaghetti sauce was an off-the-shelf sauce that was known to be liked in the family. 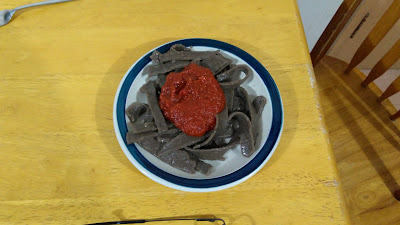 Although the noodles were a tad thick, that is not unusual for a homemade noodle. The result was edible and functionally food. The complication was that there was a bitterness in the noodle, a flavor a Kosraean taste tester would refer to as "mwen." The taste tester felt that the bitterness probably derived from the skin. Banana skin is not only edible, the skin is loaded with potassium, magnesium, fibre, and tryptophan. Banana peel is eaten in many parts of the planet. That said, in a noodle dominated dish flavors in the noodle will tend to be more noticeable than in something such as a potsticker. 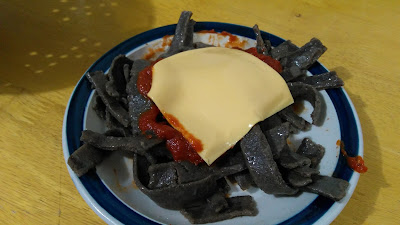 A second plate was "garnished" with what can only be called "alternative cheese,"
I am always willing to experiment with my food

Tannins in the banana peel are responsible for the bitterness, and heat does not break down tannins. Duration of heating might even be linked to increased bitterness. There is a possibility that the longer cooking time was not beneficial to the flavor of the noodle.

If one has not tried and failed, then one has not tried hard enough. The dish was a one-off and suggests that banana skin flours may have a slight bitterness due to tannins that complicate the production of tasty pasta dishes. The upside is that the dish is loaded with micronutrients, fiber, and anti-oxidants.

My ongoing thanks to the Island Food Community of Pohnpei for their support for my experiments and to their team who are producing these wonderful flours.
ethnobotany