February 02, 2017
Term-on-term marble momentum is loosely organized around the concepts of being a less structured laboratory involving a more open exploration. Where the measurement of the acceleration of gravity in week three is a highly structured set of tasks leading to an estimate for the acceleration of gravity g, the exploration of momentum is intended to be a more open ended activity. 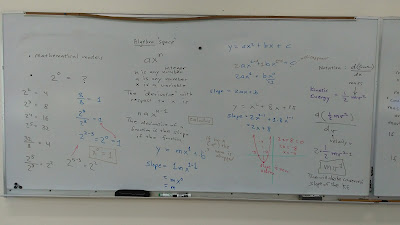 A mathematical start to this term

This term I wanted to address the tendency of students to stick to the questions posed as if they were a script, answering them one by one in order without the unstructured exploration of a system. I noted that the students appeared to be "bound" to the questions and did not explore beyond that which the questions asked. I wanted to provide less structure and more questioning. 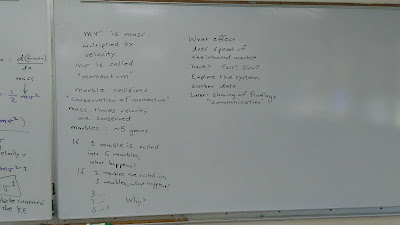 Note the intentional use of fewer questions, an attempt at providing less scaffolding

I also sought to continue the work I began last term to better connect the kinetic energy work of Wednesday to the momentum work of Thursday. Last term I opted to show that the first derivative of d = ½at² is v = at provided the acceleration is constant. I then showed that the first derivative of KE = ½mv² is momentum p = mv provided mass does not vary with velocity. Thus if energy is conserved, momentum is also conserved. 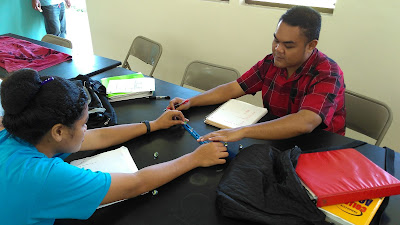 Mandylae, Saleen, and Dee-L noted that if the speed was sufficiently low, the number of marbles outbound from the collision was fewer and, in some instances, zero. Above low speeds, the number in was conserved - equal to the number out. 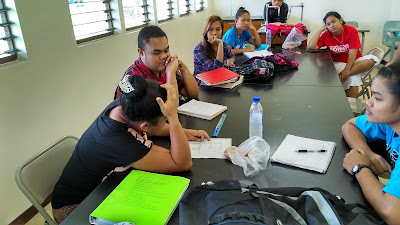 Mandylae presents her group's results to the rest of the class 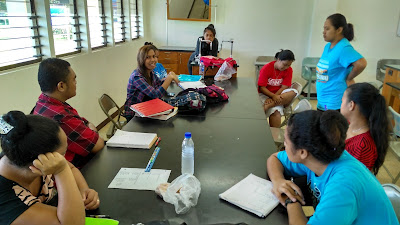 Sasha presents the results that she, Regina Pelep, and Maygen obtained 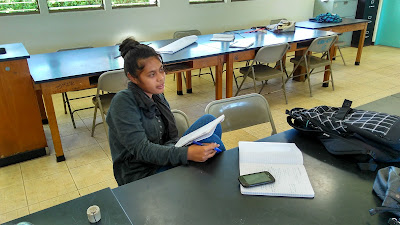 Iva Nicole describes results similar to those found by Sasha, Regina, and Maygen 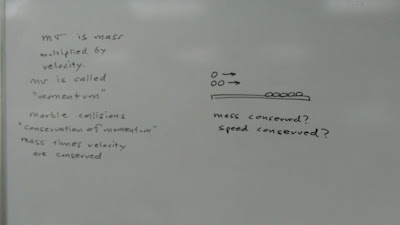 I still sensed a tendency at 8:00 to explore only the questions, and to use only the set up I had shown of a single ruler on the table. At 11:00 I simplified the directions and made the questions less specific as seen above. I drew a diagram, but did not lay that out on the table. 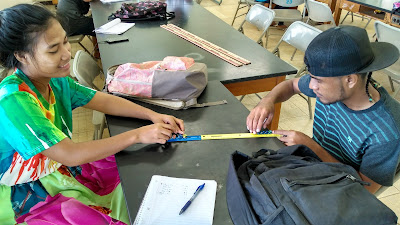 The reduced structure led to the appearance of two ruler track runs. 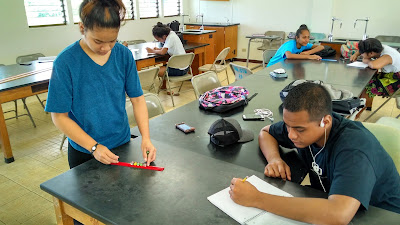 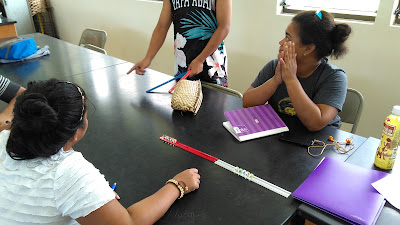 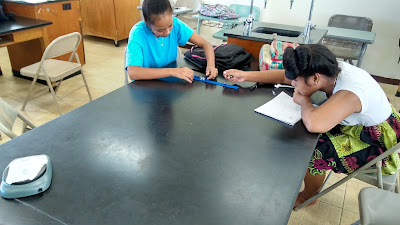 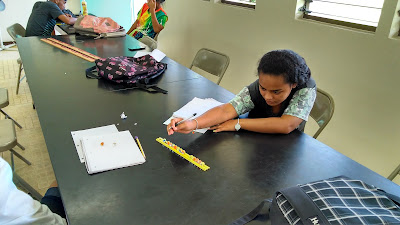 In de-emphasizing the five marble set slightly, one group explored a 14 marble set. 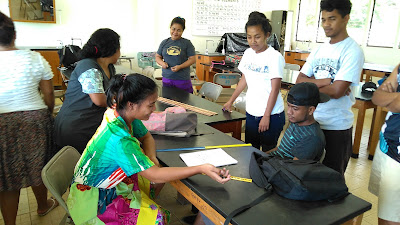 Vanessa with Kiana, Moesha, Jeremiah, and Johner looking on

The groups again presented their results to each other. Some groups found that conservation broke down for high numbers of inbound marbles. 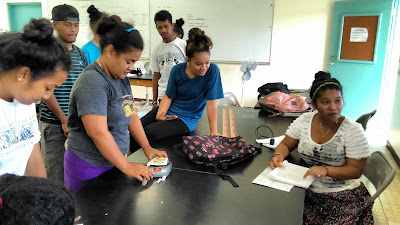 Pelida explaining what she found 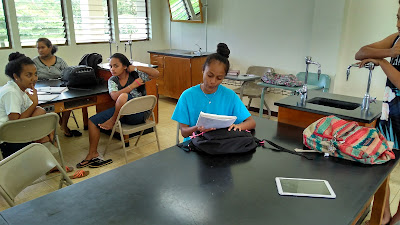 Tiffany reads off her results 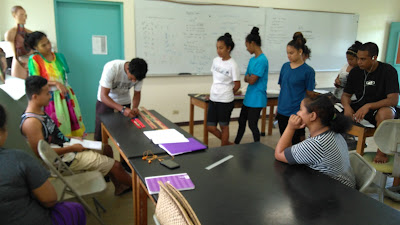 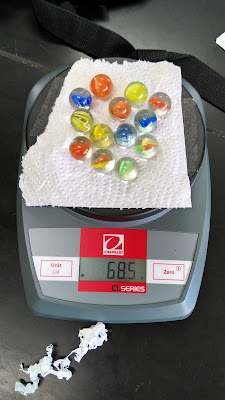 Kiana set this up, a 5.27 gram average. Individual marbles of the above type range from 5.0 to 6.0 grams, skewed right.

The reduced structure went moderately well. There is fine line to walk between too little and too much structure. The largest variable is the group dynamics of each class. Whether a class will "buy into" the exploration is critical. Some students noted surprise at the marbles "keeping count." They had not realized that this system would work the way that it did.

The calculus launch seems to work and provides, if for no one else them for me, a better linkage from kinetic energy to momentum. I think the rotational kinetic energy should be returned to the banana leaf marble ramp work - the coefficient will be closer. That might leave more room to deal with the spin down - spin up energy loss issue in this laboratory. Perhaps we could calculate the spin down loss.
physci