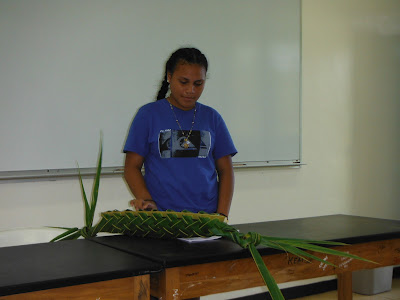 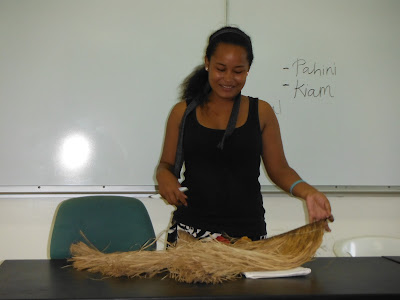 Annalissa Rafael shared the hibiscus skirt koahl with the class, this one sized for a child. 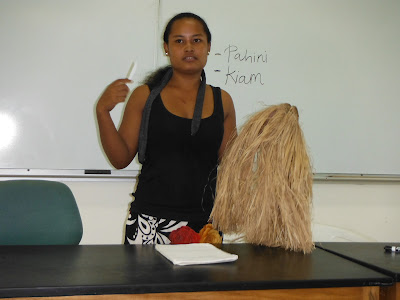 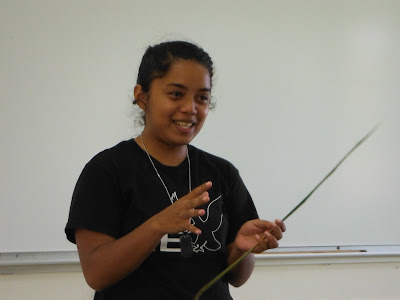 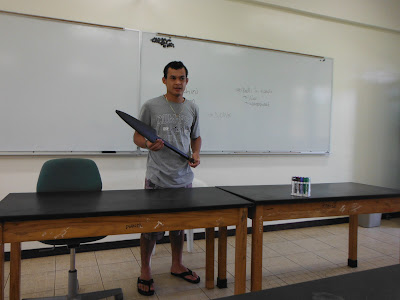 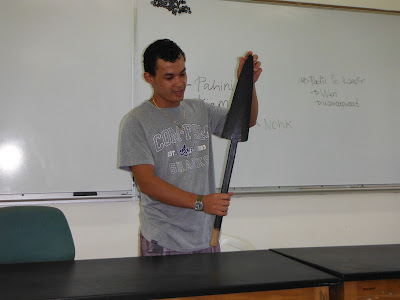 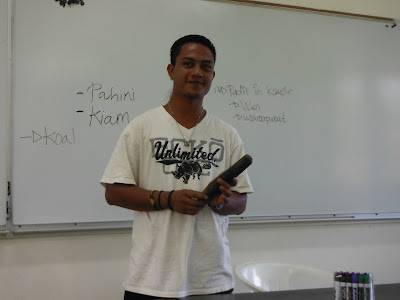 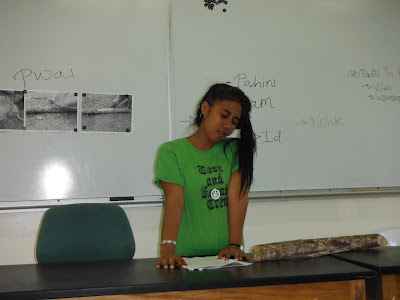 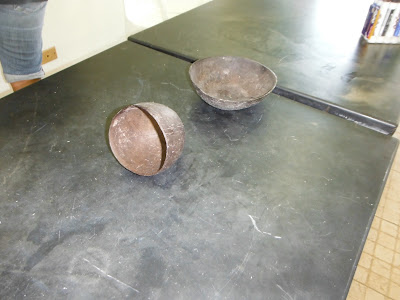 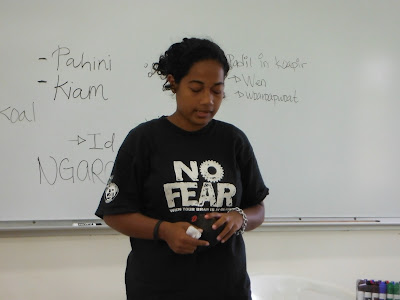 Aiesha-Lane Santos on the function and purposes of the ngarangar. 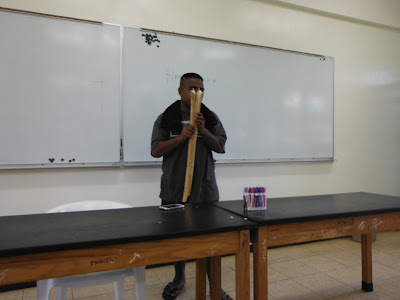 Maxon Defang and the use of the hibiscus wood based earth oven tongs, called tihpw. 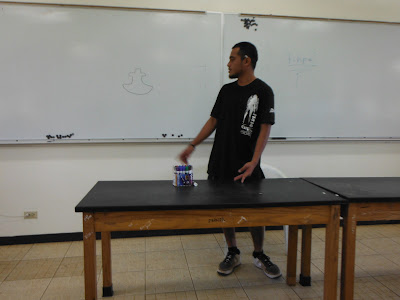 Luthen described, but could not bring in, the "fau en po" - a breadfruit pounder made from coral rock. 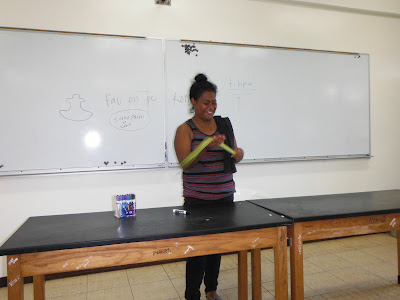 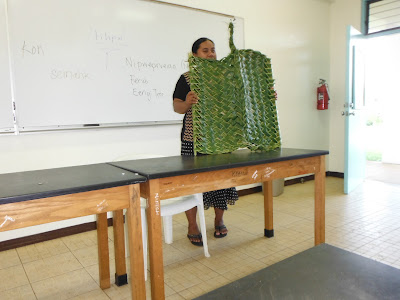 Sylvia Johnson brought in a seinahk which was used for walls, curtains, in homes in the past. A similar design provided a single seat mat for a female. 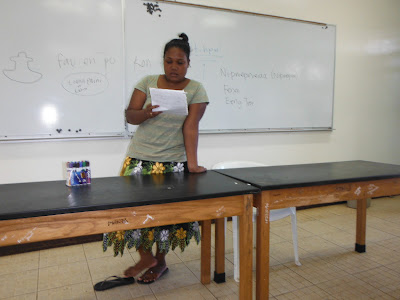 Jeannie Bartolome read from a paper on how to make to koahl, but had no koahl to show. 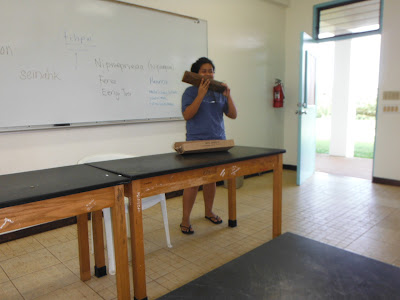 Myreesha Daniel brought in a chunk of pwulok wood, a hard wood used in the past to make sturdy chairs and tables. 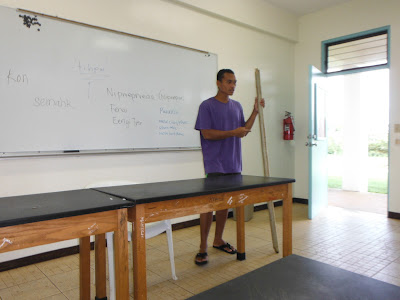 Trisden Elias covered the use of hibiscus to the process known at wengiweng. 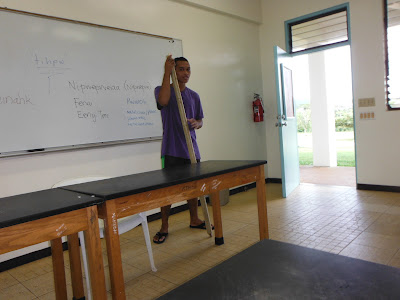 The angle at which the bark is removed is critical to the use. A perpendicular pull generates strips used to lash together yams, secure loads, and be used as a general purpose substitute for rope. A pull with a 180 degree fold in the bark generates the material needed for wengiweng. 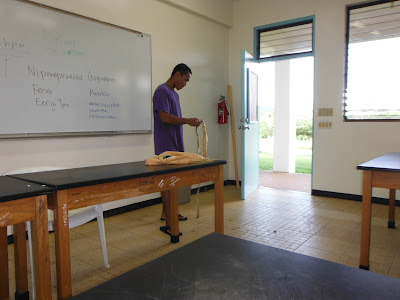 The phloem is separated from the outer bark and used to squeeze sakau. 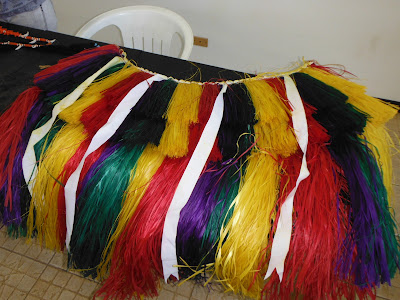 Allison Fugog brought in a Yapese skirt (ong) and accessories. 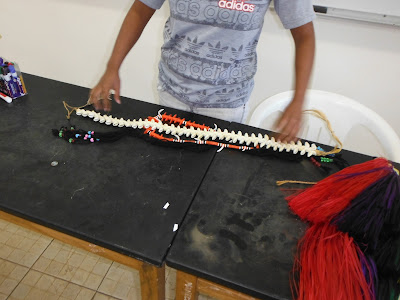 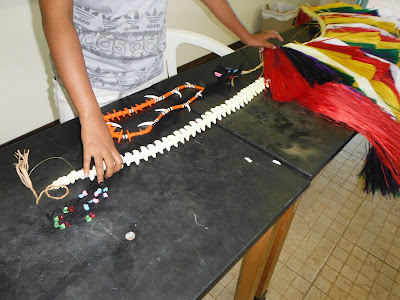 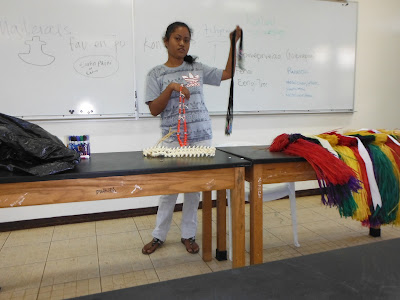 Black necklace, marfaw', made of cord. Only women wear this and women must wear this. Girls do not and must not wear the marfaw'. The gaining of the ability to wear the marfaw' is a coming of age sign for Yapese women. 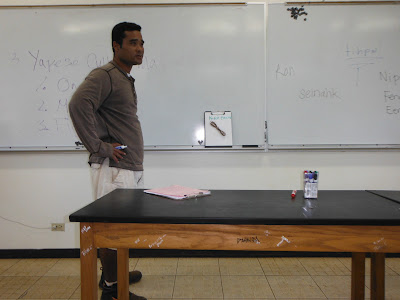 Fredson Ardos on kisin pwehl used as rope to tie things together, made from coconut. Used to tie parts of a canoe together. Unusual uses include soaking the rope in coconut oil and then binding a wound with the coconut fiber rope. There are also, in ancient times, some specifically adult uses of the rope to enhance pleasure. 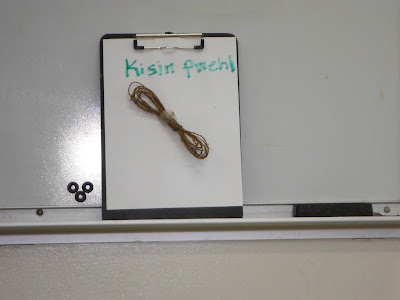