October 18, 2015
Heat conduction is an exploration of what materials conduct and how well they conduct. One of the key features of this laboratory is that the equipment, except for the thermometers, is basic and simple. 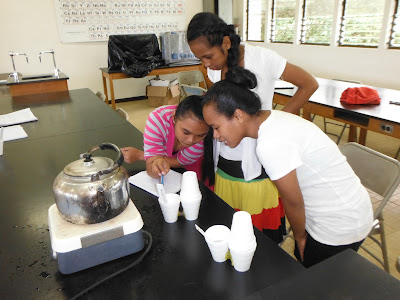 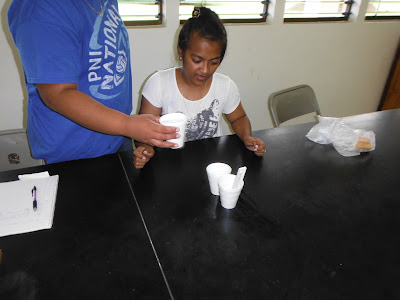 Petery monitors for a temperature change in the cool water cup. Boiling water was put in the hot cup. 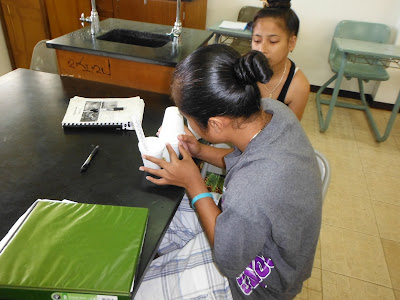 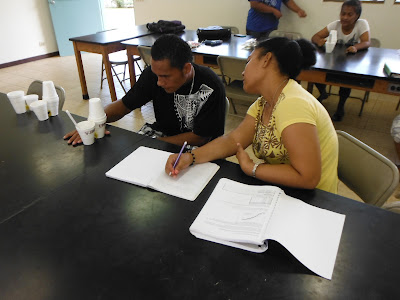 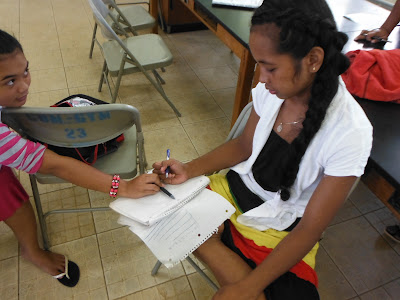 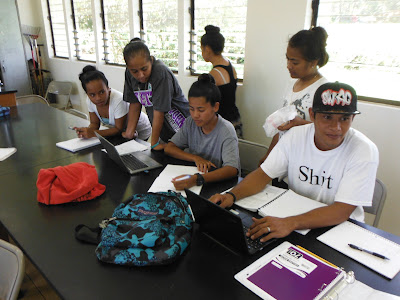 Data was gathered on the board and a group discussion was held on what graphical approaches might best communicate the data. Each table was tasked with coming up with a graphical visualization that conveyed which were conductors, which were insulators, and which were the best conductors. 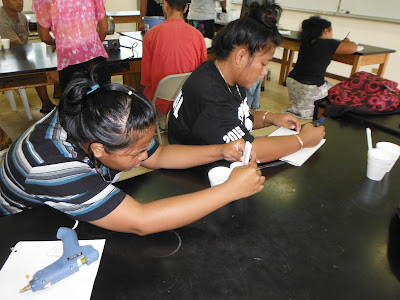 Erika and Casan-Jenae gather data. The laboratory is simple, something that could be done in earlier grades. Yet many of my students have never worked with a thermometer. Despite the simplicity, my students unfamiliarity with evidence and experiment based science means that the purpose of even simple laboratories eludes some of them. Were the laboratory to be more complex, then the lab might descend into a meaningless gathering of numbers. My hope is that through simplicity the physical property being investigated will be revealed. 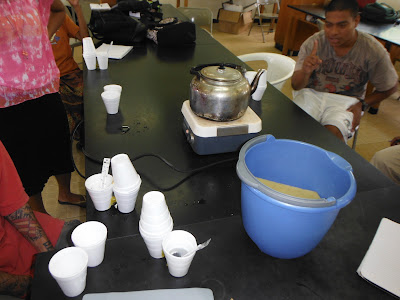 I still recall a cooling curve practical laboratory used in West Africa in the 1980s that was to theoretically lead the students to correctly identifying the material undergoing cooling. I do not remember the details, but part of the calculations involved taking tangents to the cooling curve using only the human eye. I found that small, subtle variations in the exact choice of slope had a huge impact on the results and thus the identification of the material. I eventually realized that the only way to successfully complete the laboratory was to inspect the material, make an educated guess as what the material was, and then reverse engineer to tangent lines to produce that answer. I remain leery of experiments where the analysis is a numeric black box that produces unreliable results, or where the laboratory becomes a "obtain the correct number" game. 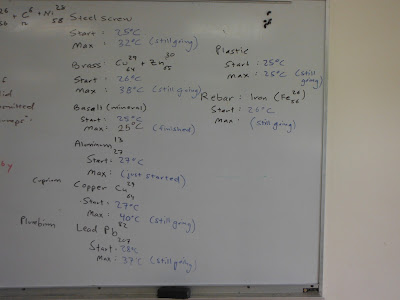 Some of the data from the laboratory. After the groups presented their chart proposals, individual students could use the chart of their own choosing.
physci