June 12, 2015
Unit four in physical science begins with rolling a marble down a banana leaf as a demonstration. The data recorded is vertical height versus velocity. A couple data points and altitudes of zero and five centimeters are recorded and then the class is asked to guess the velocity at ten. The students invariable opt for a linear (twice as high is twice as fast). Measurements show this is not the case and the conservation of energy is used to derive the square root model under the system. 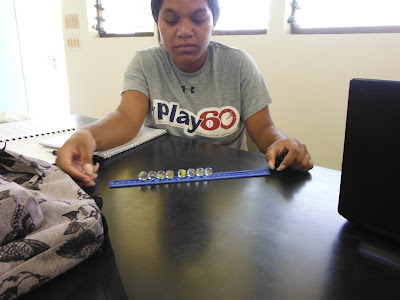 In the afternoon I ran with the structure I utilized spring 2015. No opening demonstration, just questions. I wed the spring 2015 opening to the group explanations back end of earlier years, having the students communicate their results, however simple, to each other. No group this summer tackled the complexity of measuring velocity, although all observed that a velocity relationship existed. 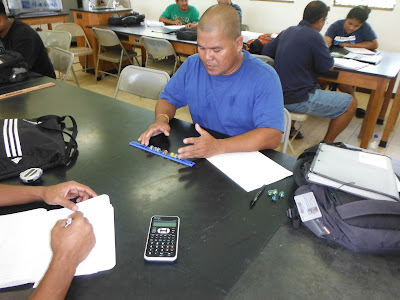 The class began not with a demonstration, only questions on the board. 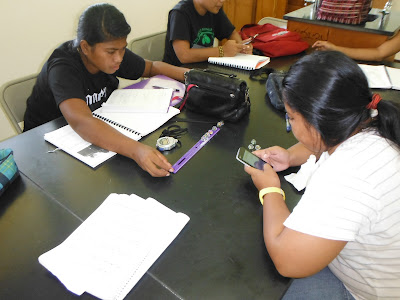 Ruler tracks, marbles, and stopwatches were available. This laboratory is another example of  laboratory that can be replicated almost anywhere in Micronesia. 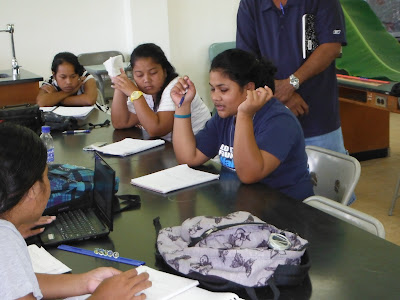 The laboratory wrapped up with each pair of researchers reporting their findings. The teams that reported after the first team were a puzzled at first as to what to say, as they had found the same results. I explained that in science a result is made stronger by replication. If others cannot replicate the results, then the original results are discarded. Every team finding the same results acts to confirm the findings as valid. 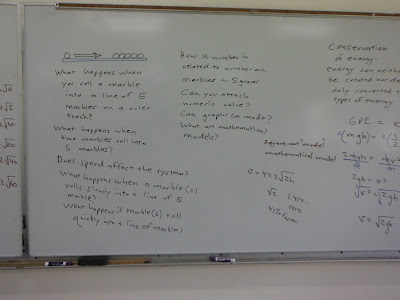