February 17, 2015
Elizabeth Augustine of Pohnpei presented the use of Piper methysticum, sakau, for the treatment of cuts. The juice of the leaf is used to help staunch blood flow. 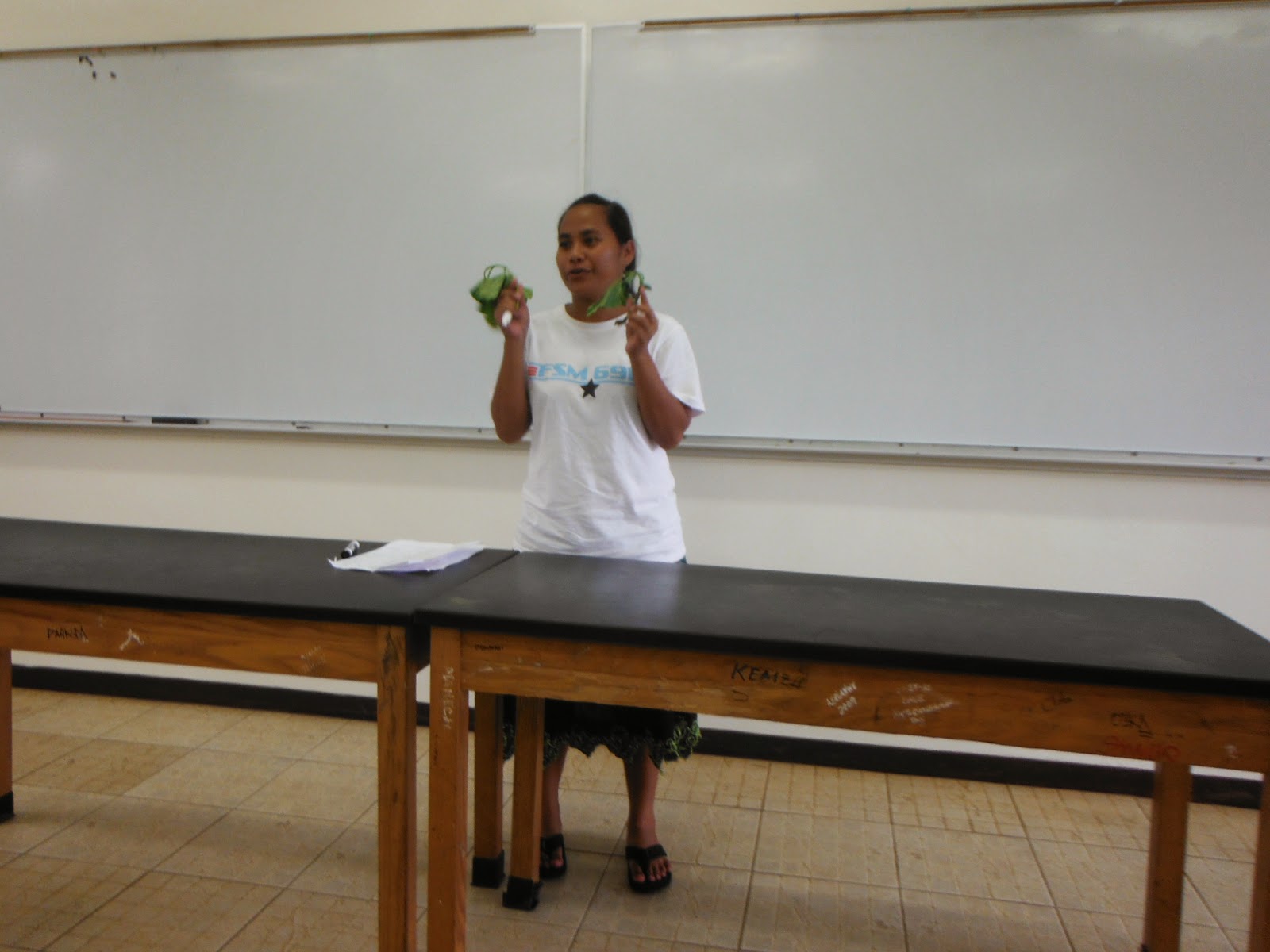 Past presentations suggest this action is broadly present in Piperaceae. 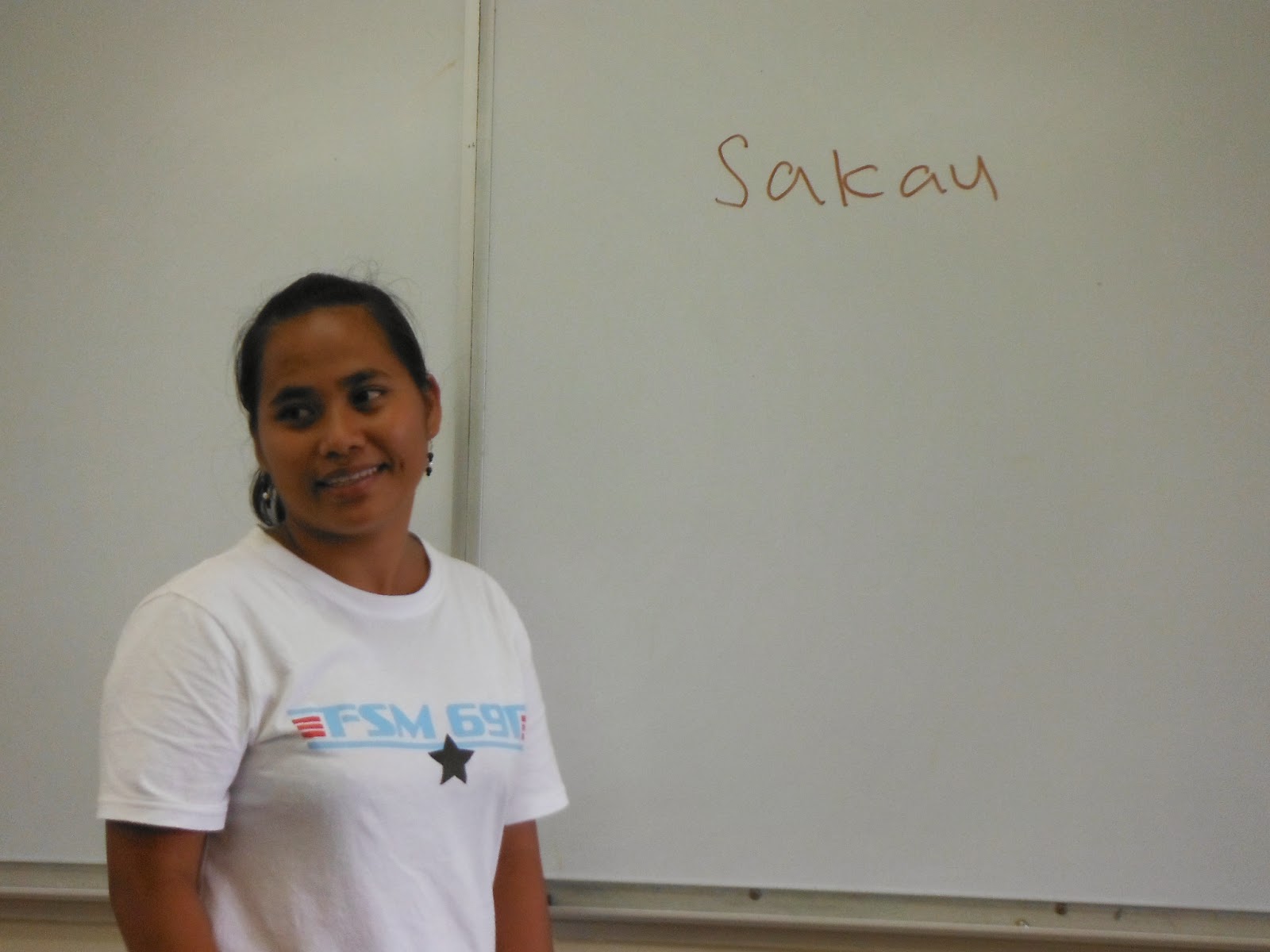 Marvin Bartolome of Pohnpei presented the use of tehn kuapa for diarrhea. Every term a student pulls guava leaves from the tree outside the classroom and presents this broadly known cure. Four young leaves are used. 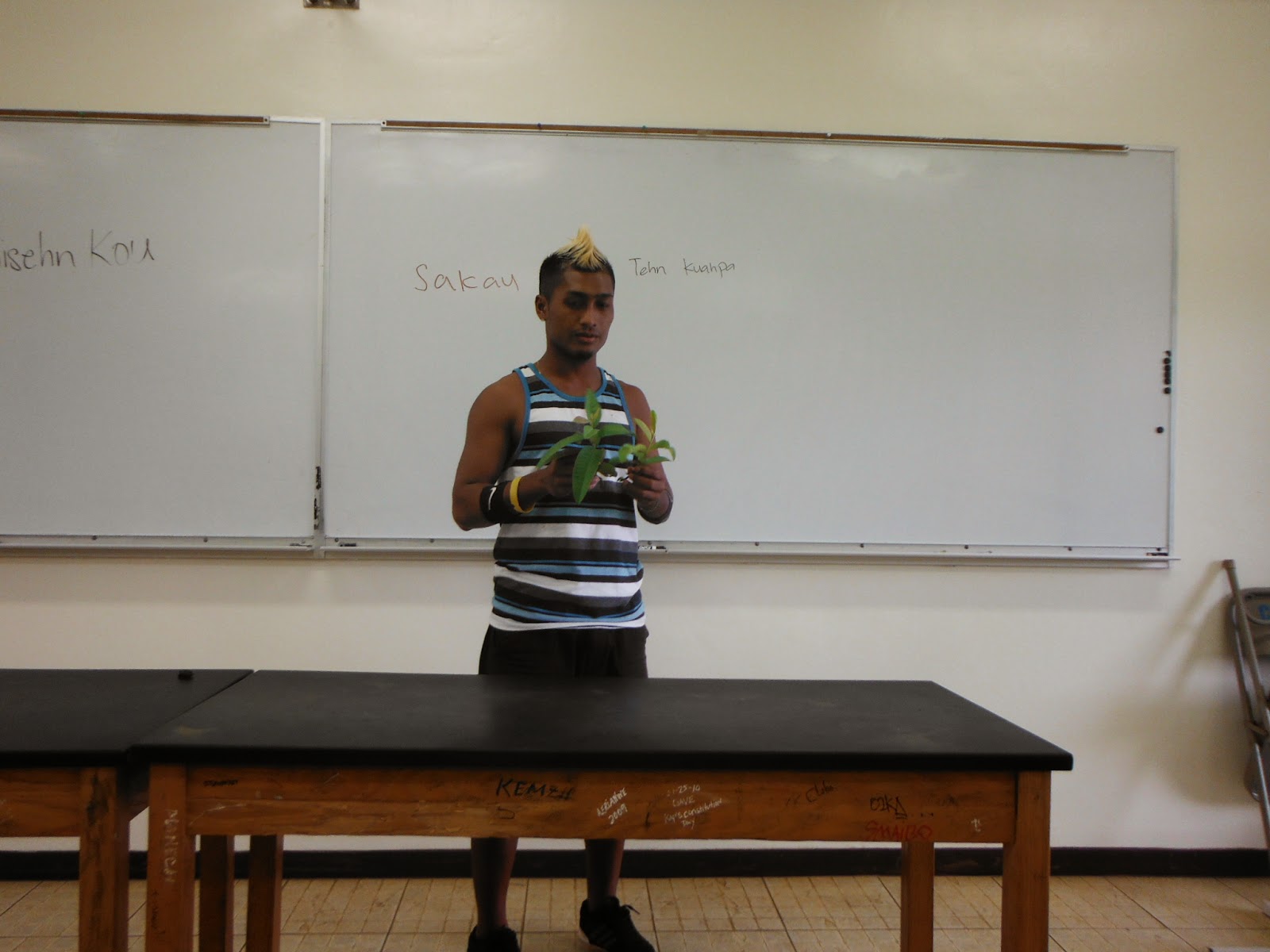 Marvin also noted that the leaves can be used to treat the sickness that follows loss of virginity in a female. 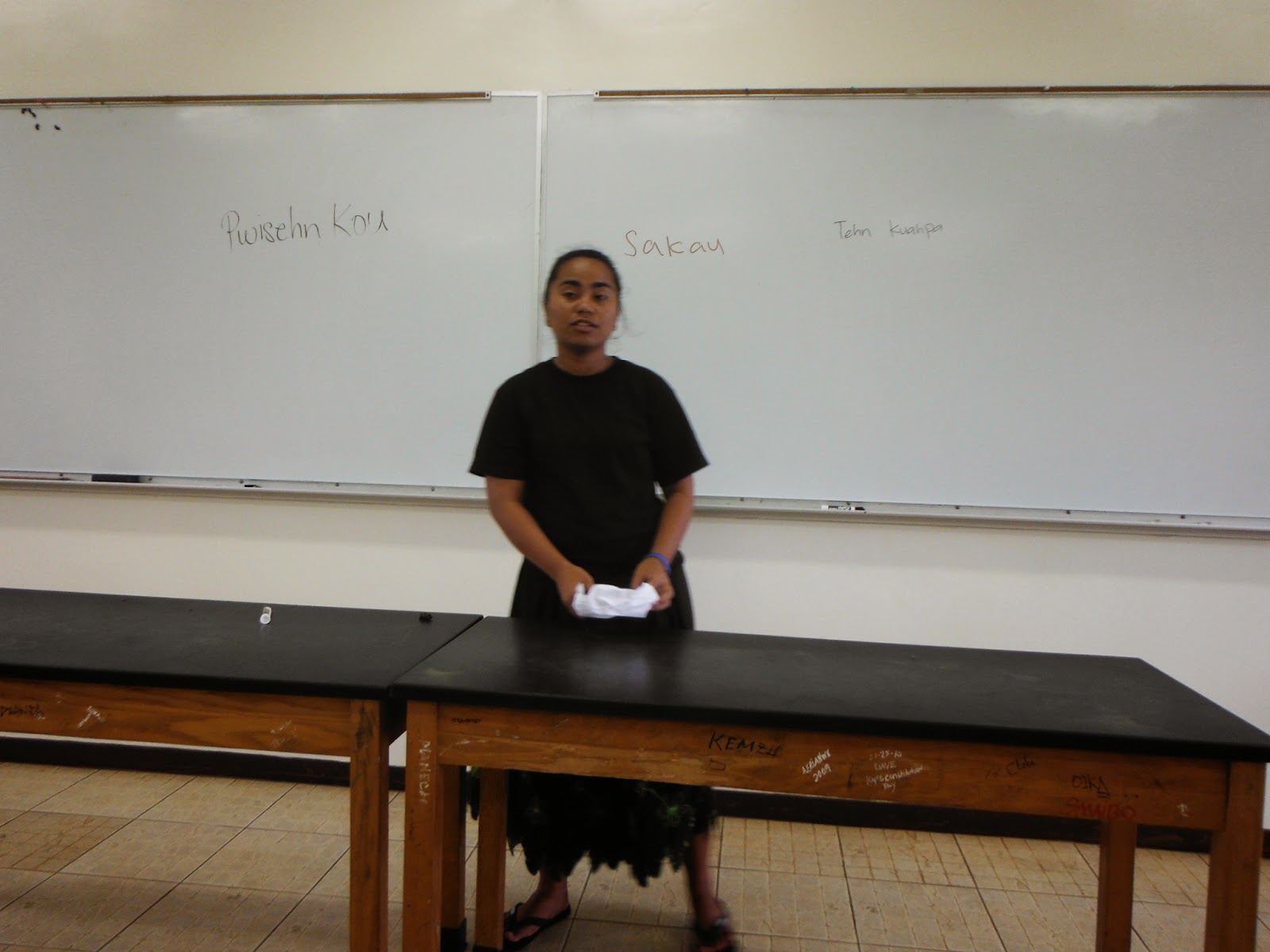 Beverly Billy of Chuuk presented the same guava based cured for diarrhea in Chuuk. 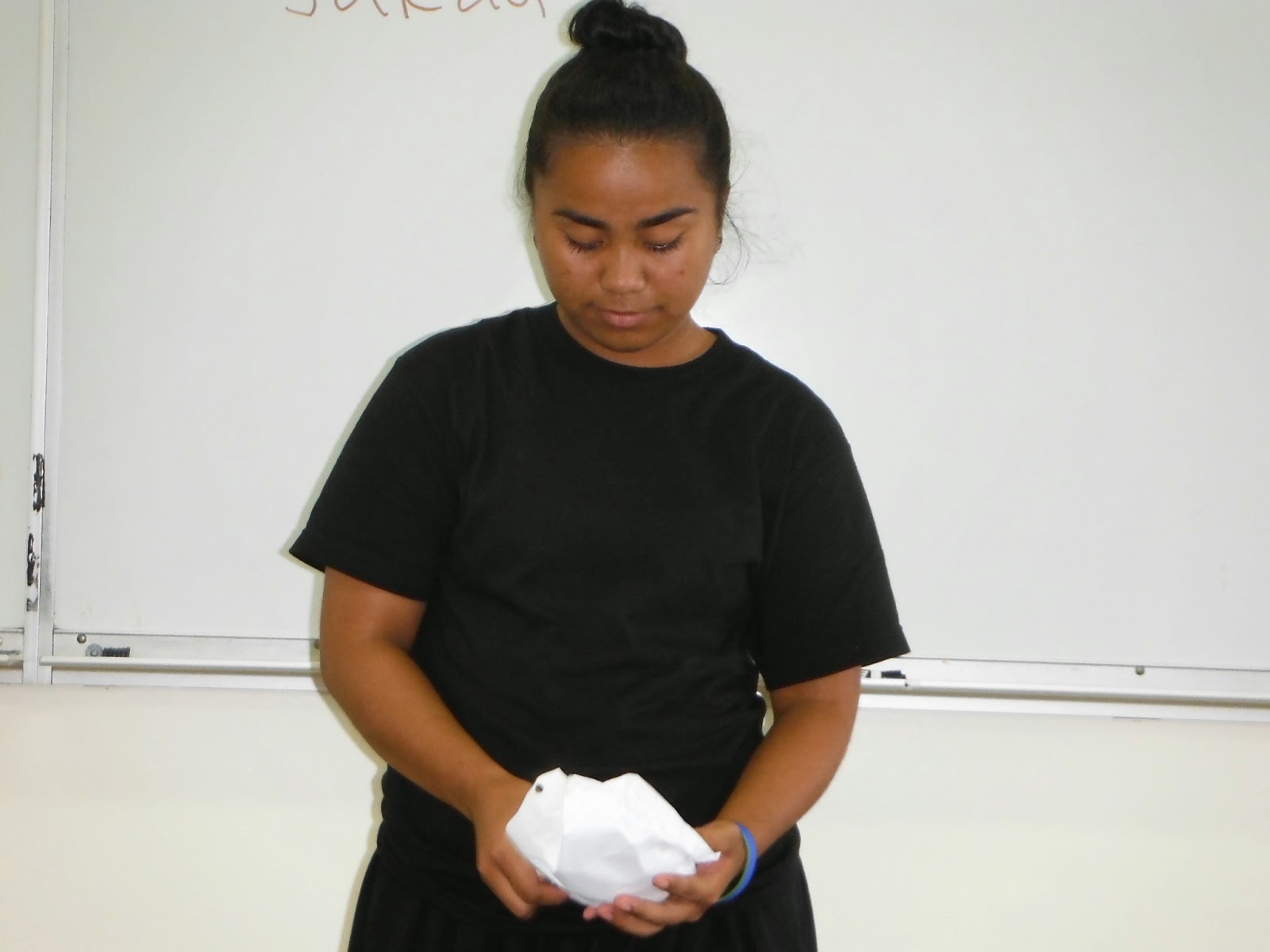 Beverly also noted the used of the inside of a coconut palm frond petiole as an alternate treatment. 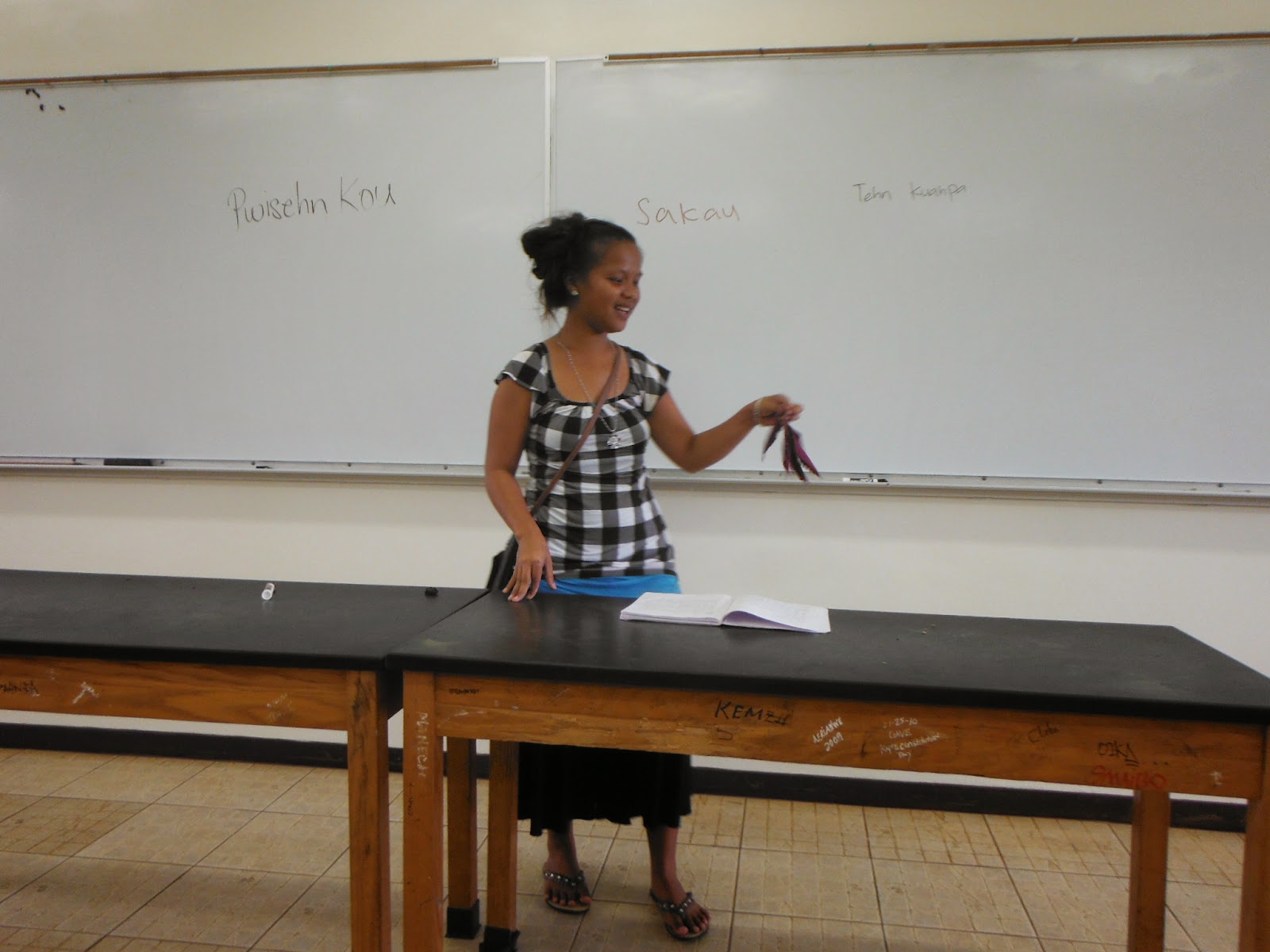 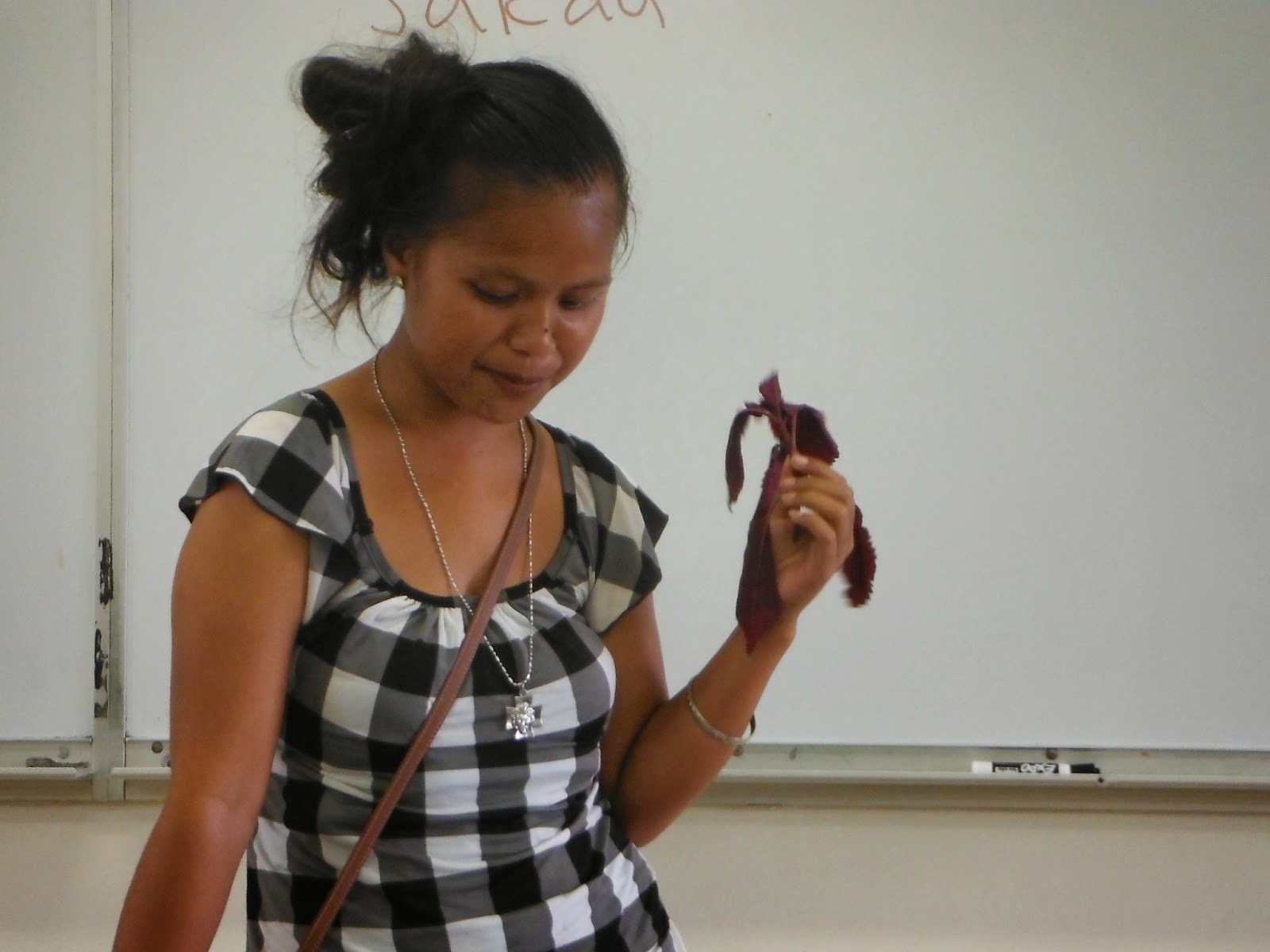 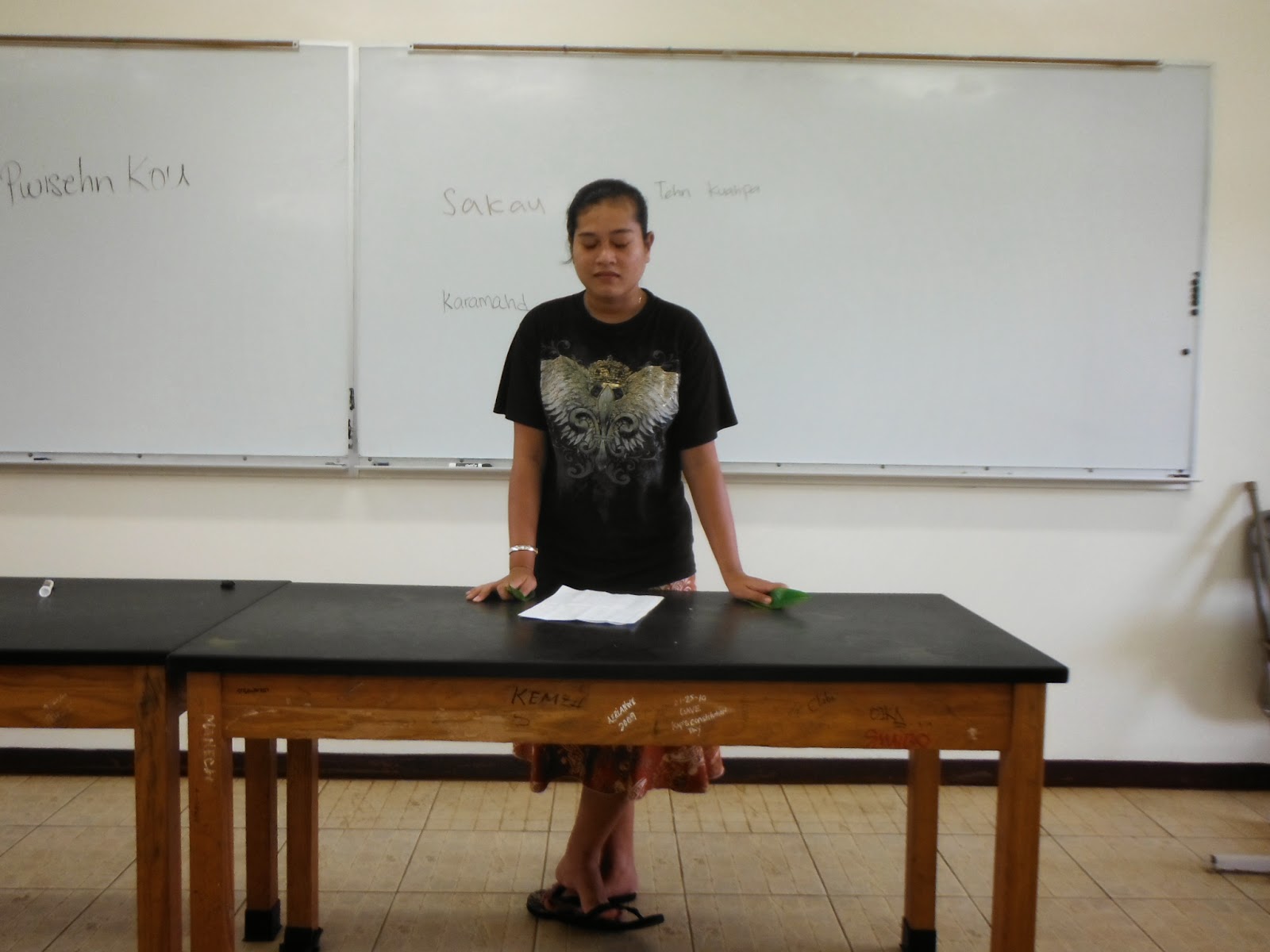 Esmirelda Elias of Pohnpei advocated the use of tehn sei, soursop leaves, boiled in water to make a tea in the treatment of diabetes. 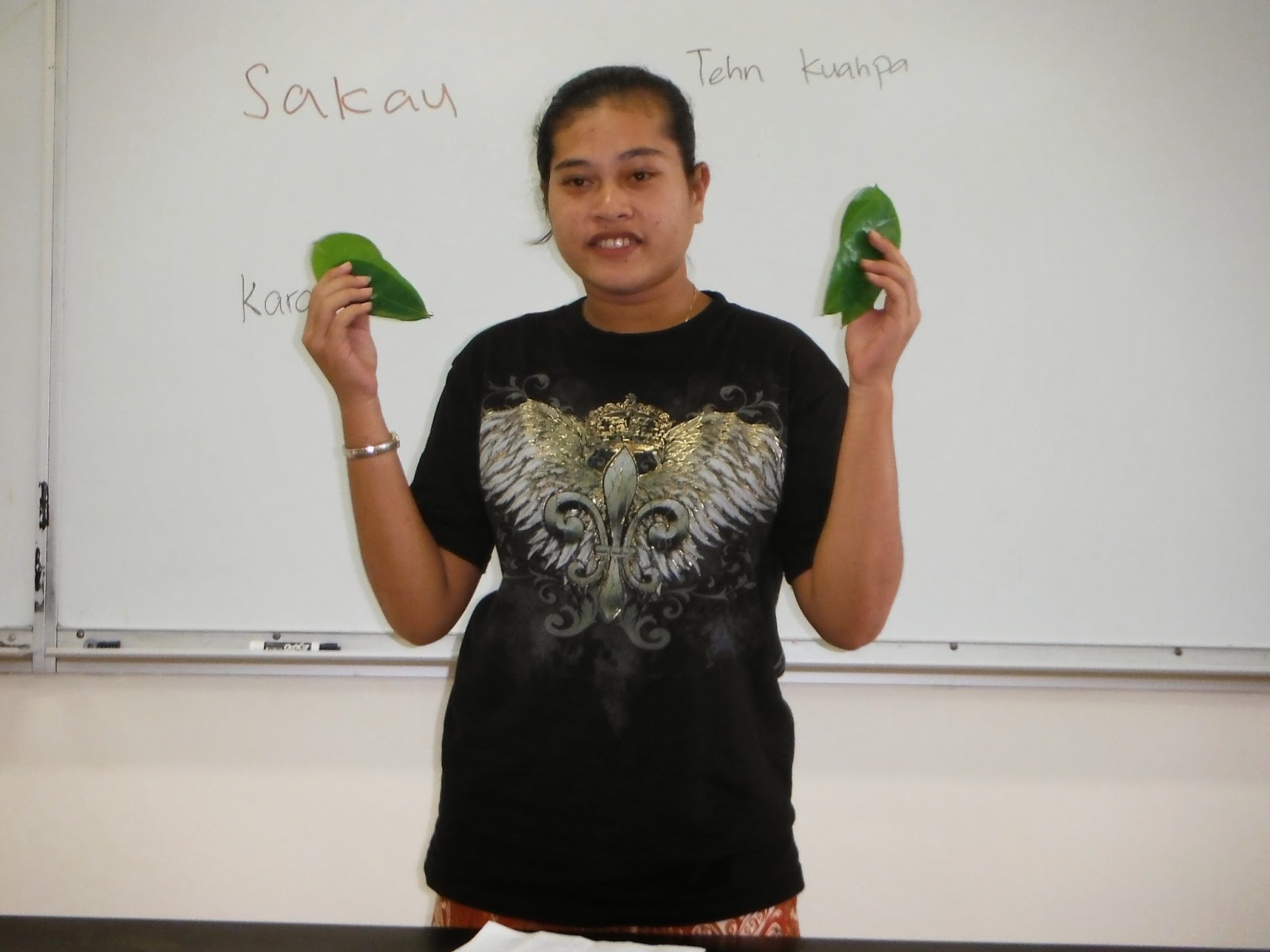 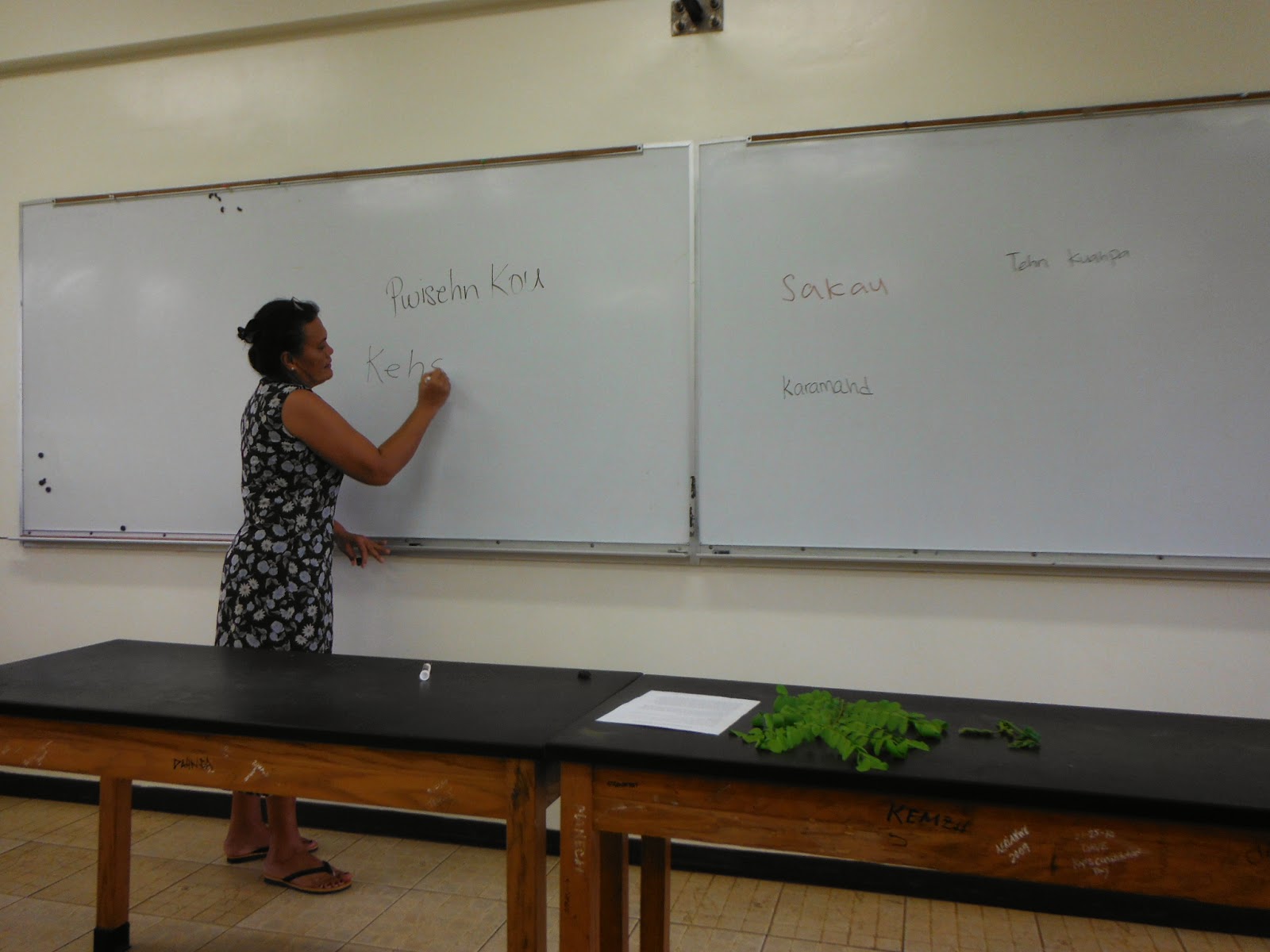 Lilina Etson, with a background in the use of plants both on Pohnpei and Mwokilloa, brought in kehsapahl, a leaf of a tree that initially looks like kaikes leaf but has distinctive small rose-like recurved thorns on the stems. The flowers were described as yellowish and the leaf margins were said to be maroon. She noted that there are two varieties, one with yellow flowers and one with white flowers. She described the use of new sprouts as protection against a curse. 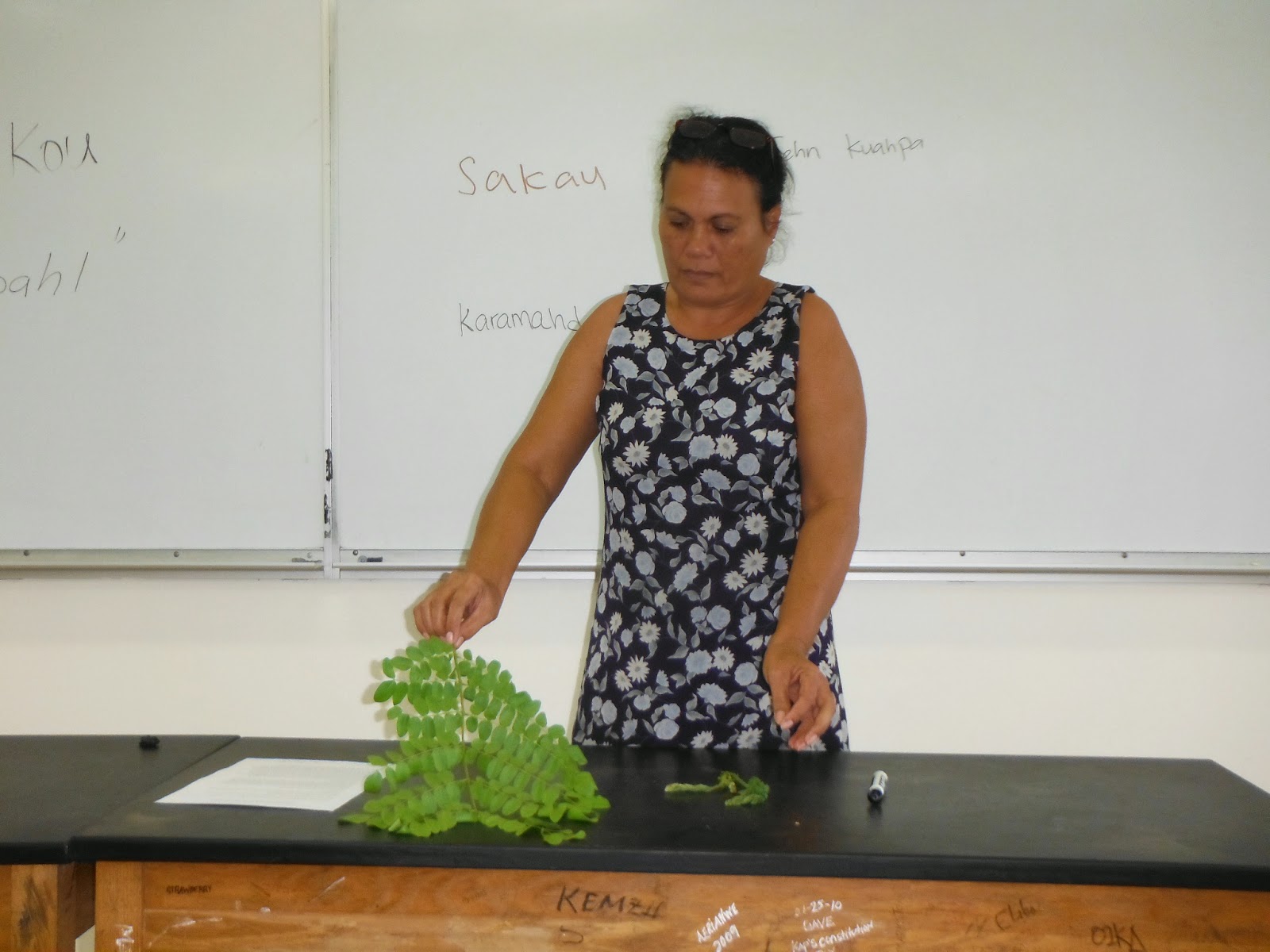 In one type of curse, a mouse bearing the curse may be sent to a property resulting in destruction of that property. Kehsapahl can return to the mouse with the curse to the sender, bringing ruin down on them.

The mere presence of the plant can bring protection to a location.

For the brow-beaten husband, one with a bossy wife who goes so far as to yell for him to bring toilet tissue to her in the bathroom, one of the two varieties is used to treat him. An infusion is made with the leaves of the plant along with some other leaves. He drinks one cup of the infusion and then bathes (showers) with the rest for four days. Apparently this releases him from that which caused him to under the command of his wife. There is the implication that the wife may have used something on him to cause him to obey her every beck and call. In this treatment can also be seen cultural norms and values. Traditionally the man was the head of the household and a wife who ordered her husband around, even to the extent of calling for toilet tissue from the bathroom, was not behaving in a culturally appropriate manner. That a husband would put up with this treatment from his wife was conceived as being either an illness or the result of a spell. As an illness this would constitute a culture bound syndrome. 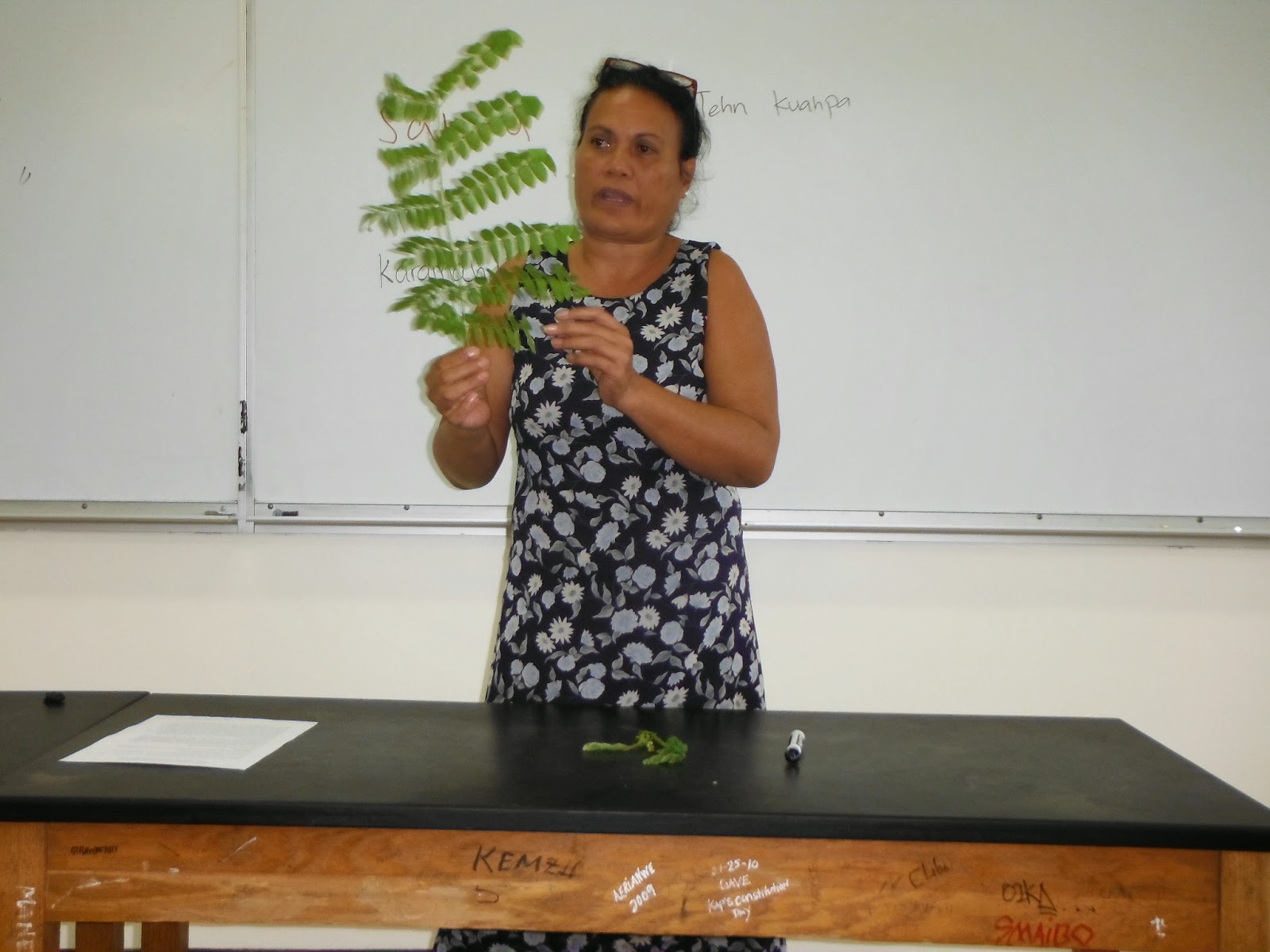 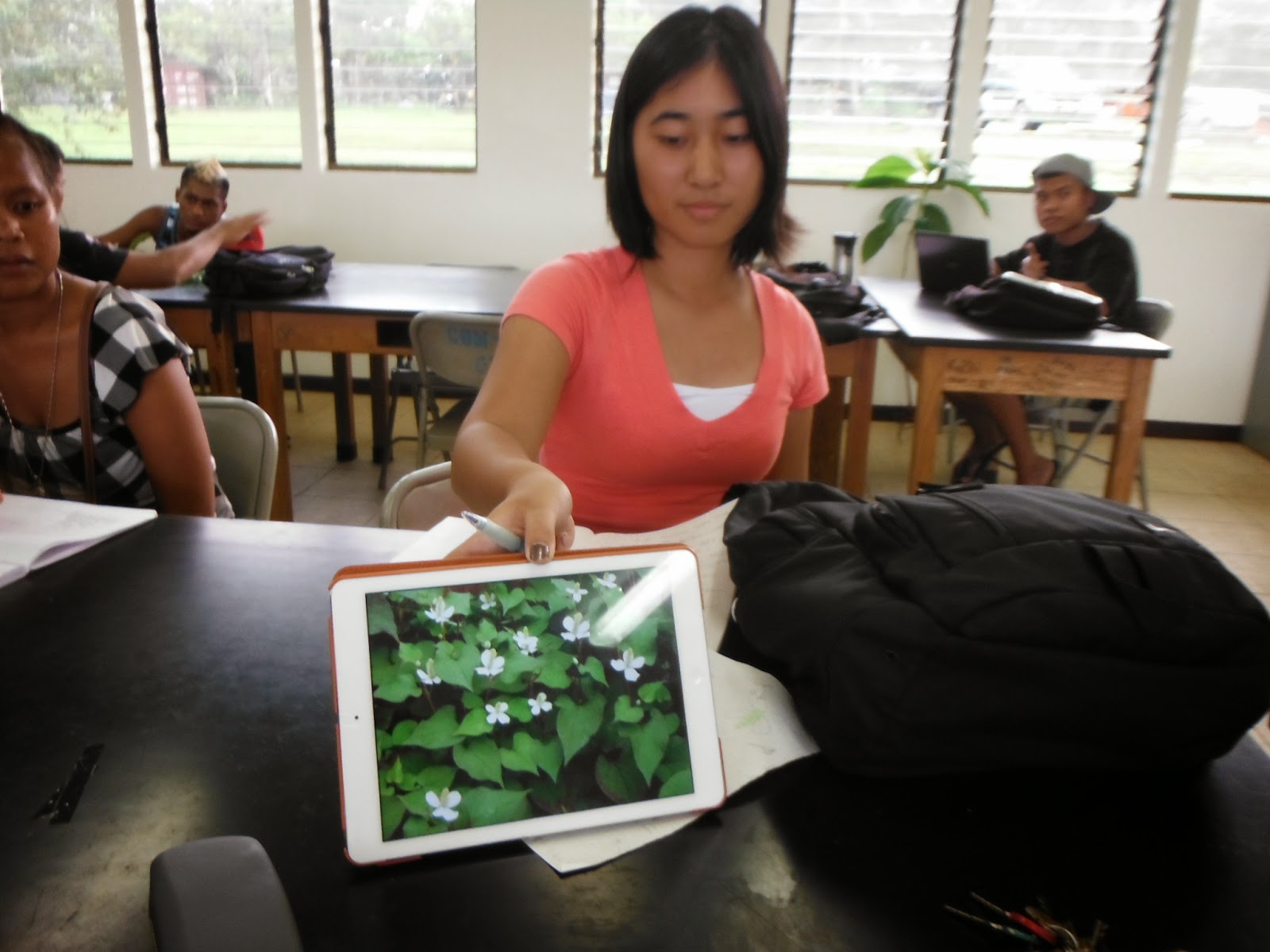 Miki Fritz, Japanese with Chuukese heritage, covers the Japanese healing plant dokudami, Houttuynia cordata. She covered the use of a heated leaf for a boil, a tea to treat diabetes, and high blood pressure. 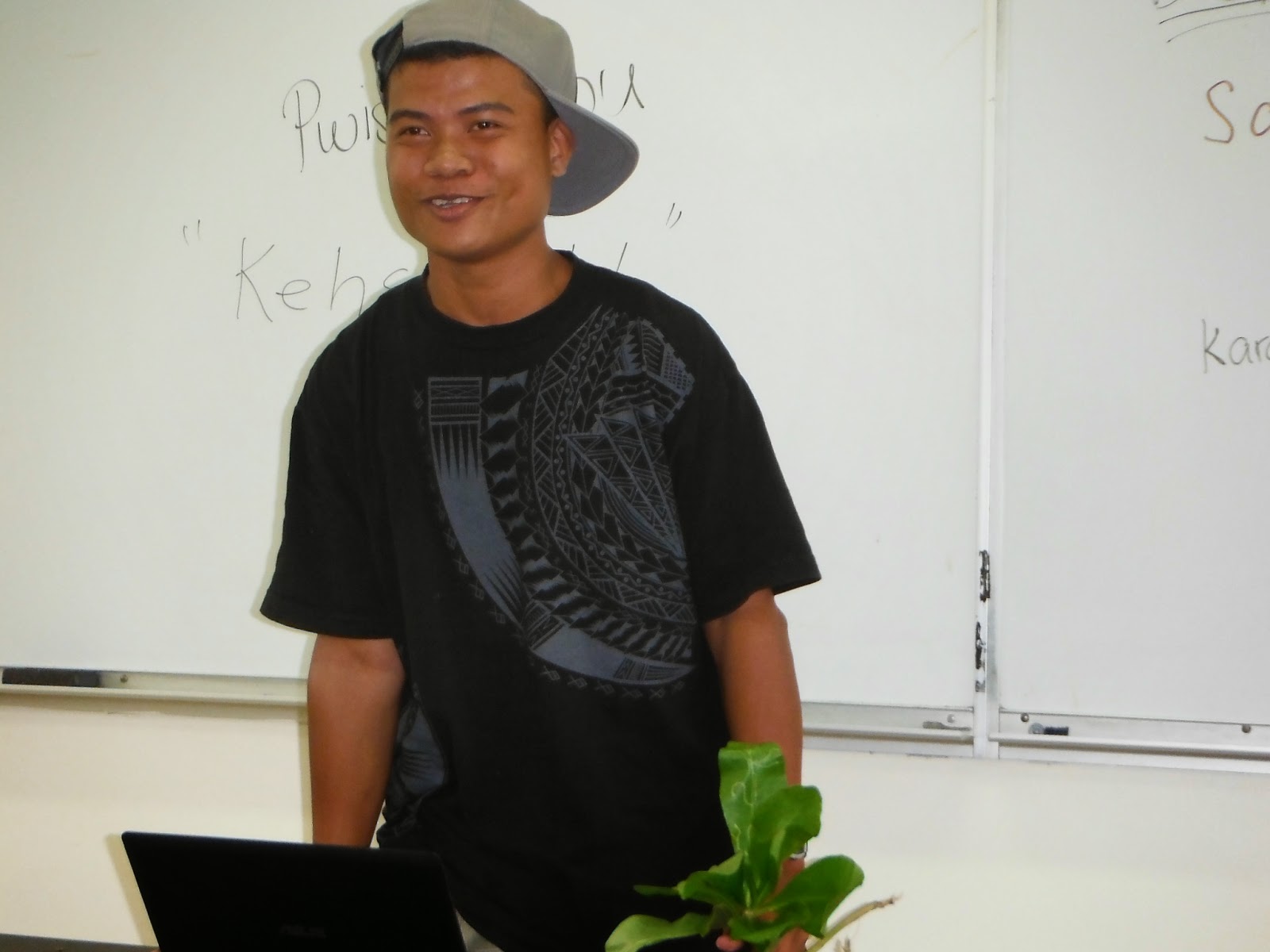 Kohsak "Jun" Keller of Pingelap presented the use of Scaevola taccada, known locally as remek, in the treatment of pink eye. The juice of the small white fruit is squeezed into the eye to treat pink eye. The plant also has uses in massage treatments, menstrual medicine for women, and steam baths. 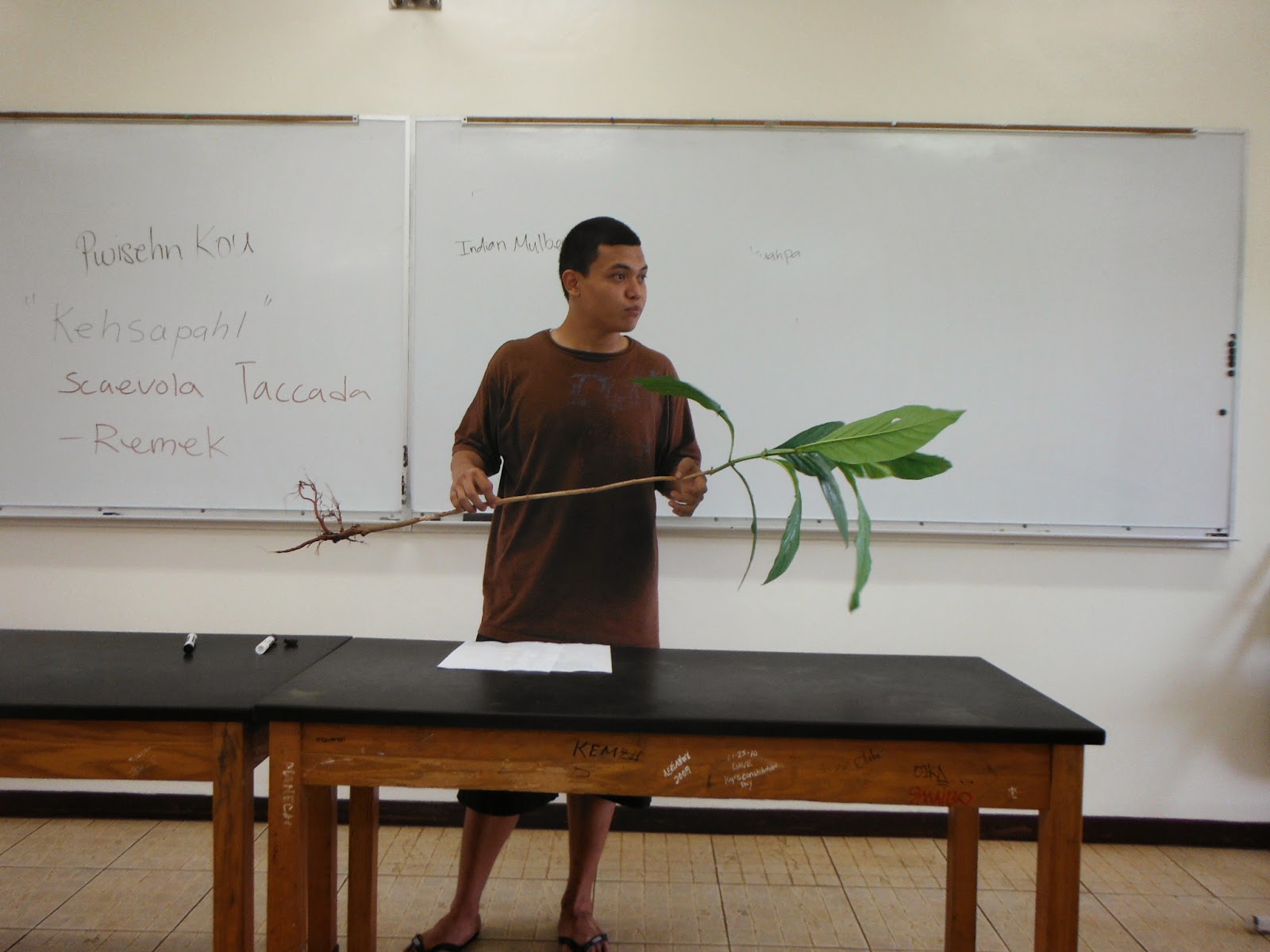 Daryll Keller of Pingelap present the use of the skin of the roots of Morinda citrifolia combined with oil and a pair of unopened leaves to treat acne, bruises, and cuts. 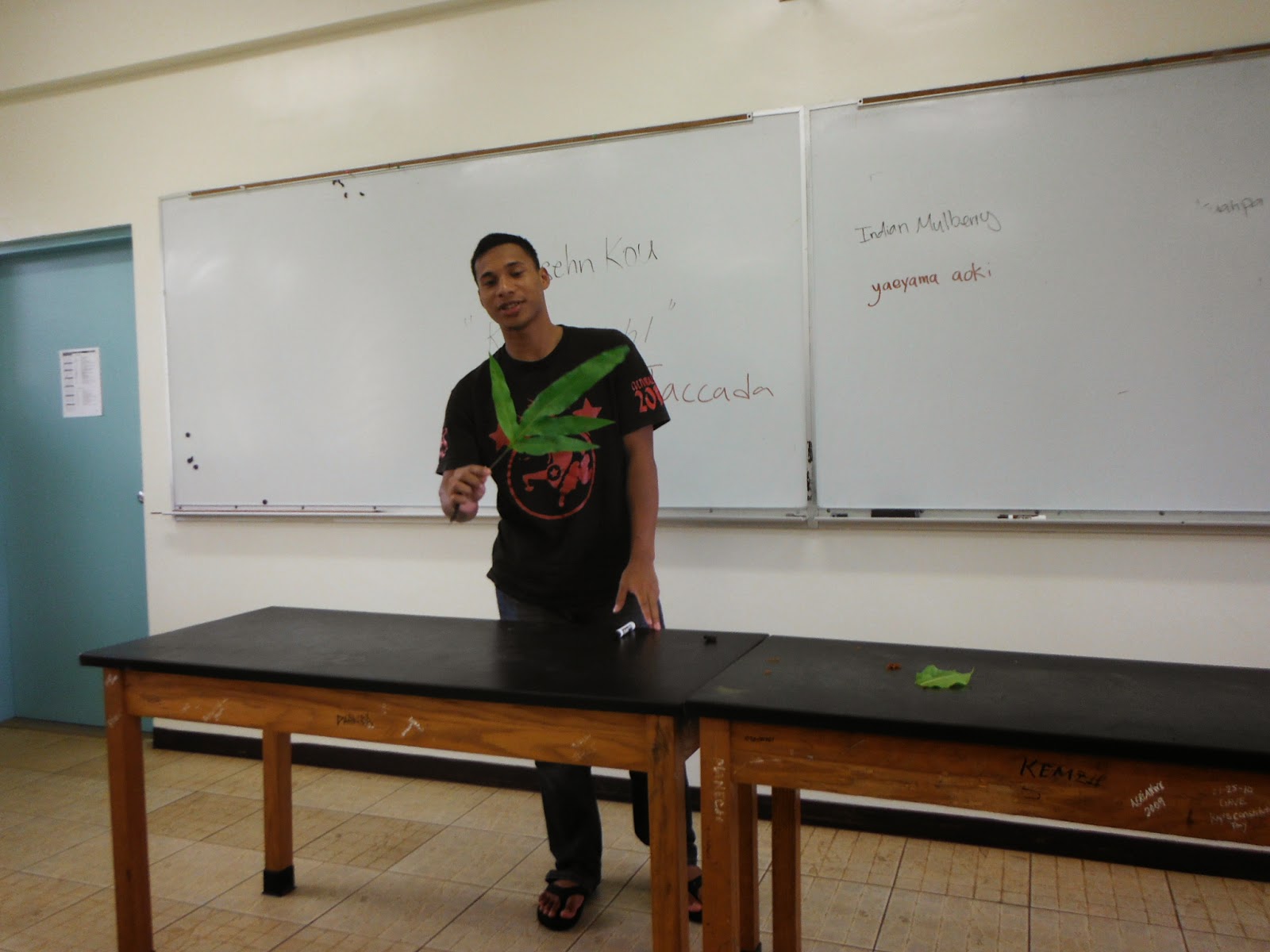 Alexander Kenrad of Yap described the use of gob, Microsorum scolopendria, for treating cuts. The young, soft leaves are crushed and the juice is squeezed onto the cut to stop bleeding. A steam bath with the leaves of the same plant can be used to treat fever. 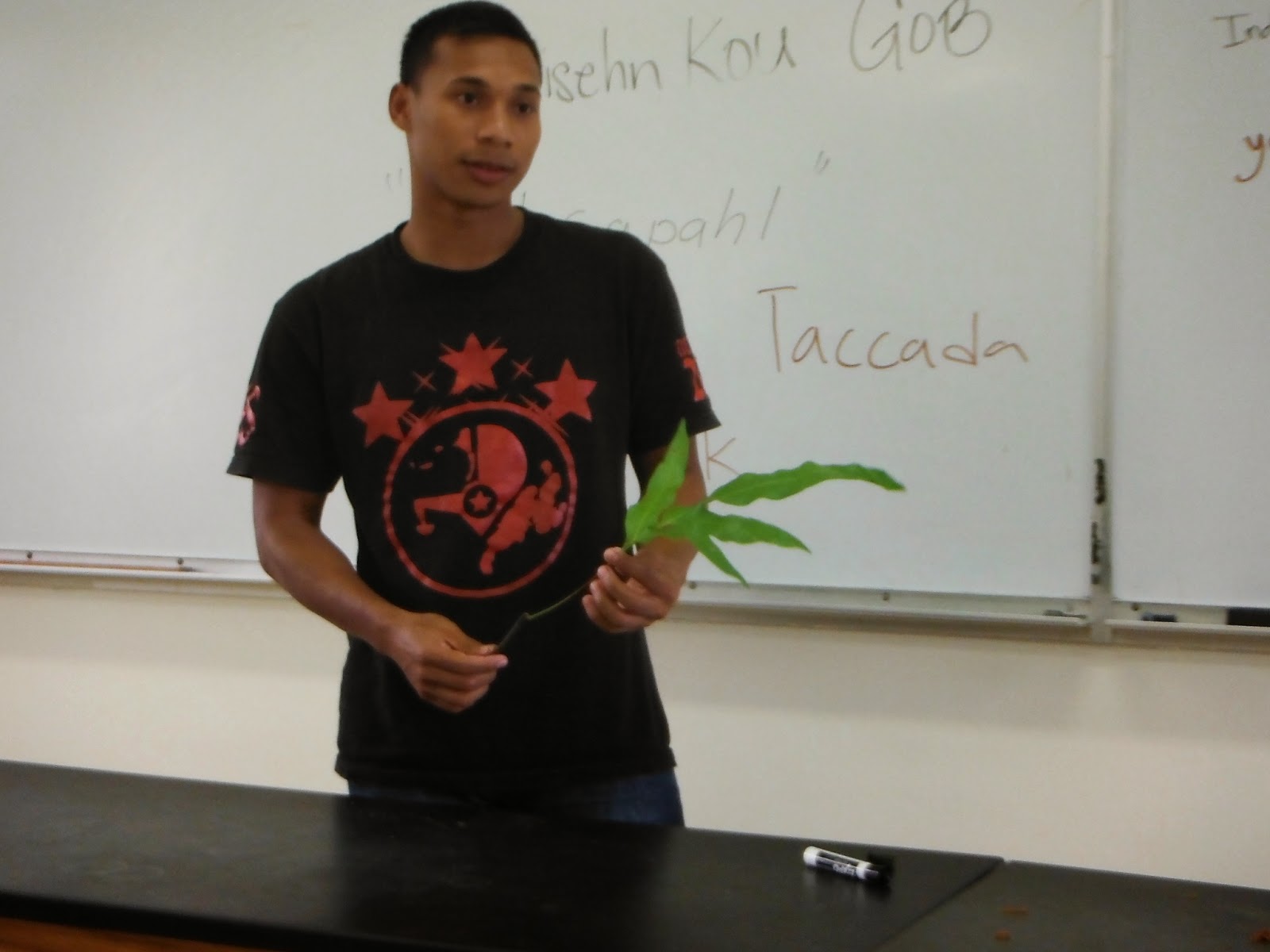